GTO is all about looking to the future: many of the young singers in the
principal roles are getting their first chance to sing with a company of this
standard, knowing that from here they may, if good enough, progress to not
only the Glyndebourne Festival itself but also other major houses. Also, the
operas are supported by the excellent GT Chorus, and a quick look back
through their rosters over the years will reveal both in the Chorus and the
supporting singers some well known names — the likes of Felicity Lott,
Jill Gomez and Ryland Davies, to name just three who have gone on to
international careers.

The other great thing about the Glyndebourne “brand” is their
reputation for musical quality and long hours of essential rehearsal time,
both assets that many similarly-sized outfits struggle to achieve in these
straightened times. Young singers need nurturing, and given time to develop
their technical and dramatic skills; I this regard I can think of few better
companies than GTO. What a touring company can also do is teach them the
other vital skill of the successful singer: working to the highest standard
in testing circumstances. Long miles on the road, strange theatres, sometimes
inadequate facilities, unknown audiences and, for many, the need to learn two
or more parts from scratch — and then there is the singing itself.

All these skills were on display recently at the Theatre Royal, Plymouth
where this writer caught both Flute and Carmen playing to
full enthusiastic houses at the end of GTO’s Autumn Tour. Each was
expertly directed, idiomatically conducted and played, and offered a high
standard of vocalism. If Mozart’s renowned pot pourri of fairy-tale,
panto, myth and Masonic ritual relied almost entirely on elegant 18th century
costumes and a clever lighting rig for its effects, GTO brought the versatile
set of guardroom/factory with them for Bizet’s Carmen, plus
the full chorus in traditional Spanish costume. Each worked well, and if the
Plymouth stage seemed a trifle cramped for the latter opera, it was perfect
for Magic Flute. As with many of England’s modern
“one-size-fits-all” theatres, the needs of versatility can
sometimes work against the opera ideal — the Theatre Royal is a good
medium-sized hall, comfortable and modern in its facilities both front and
back stage, but acoustically offers some challenges to unamplified voices.
This showed up most in the recitatives — in both operas — where
more projection was needed than was sometimes supplied. Interestingly, this
was not a problem once the singers actually sang with orchestra in their
arias.

With so many excellent young artists on show over the two nights, one
hesitates to mention particular names, as there were absolutely no
“duds” in either pack, but this writer was not alone in noticing
the fine, resonant, easy tone of the South Korean baritone Yonghoon Lee as
Don JosÈ in the Bizet. From a hesitant first scene his voice blossomed into
something quite special as he mixed bravura passages with finely-wrought
pianissimos — a name to watch. 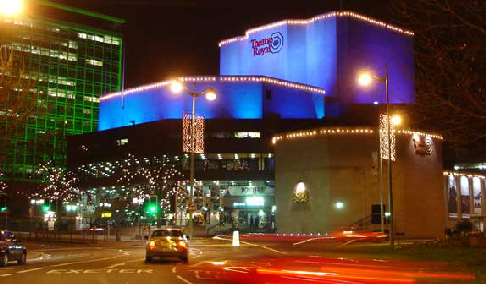 Douglas Boyd (Flute) and Jakub Hrusa (Carmen) directed
the excellent GT Orchestra who never seemed to put a foot wrong in either
ensemble or obbligatos; fine playing on each night.