Her musical studies included work with Jonathan Kramer and Fred Lerdahl at Columbia University. She has been commissioned by groups including the Nash Ensemble and Relache. We spoke via Skype on February 5, 2010.
TM: You were born in Cyprus.
SS: I was born in Nicosia, Cyprus, in 1972, and grew up in a very musical and culturally interesting family. My mother was a musician. She was a pianist and also a composer. She wrote music for choirs and also did a lot of theatrical productions for children, and wrote the music for those as well. She was a very accomplished pianist — she studied at the Sorbonne, and at the Guildhall School. Coming out of a very small place like Cyprus she was a rare phenomenon. She also was a Professor of Music Education at the Ionian University in Greece. My father had theater in his background. He was a trained classicist and historian with a masters from Harvard as well as degrees from other countries, but his love was the theater, and he did finish drama school in Athens, Greece. He went on to produce a lot of plays, and he ended up being Minister of Culture on the island for thirty plus years. So I was surrounded by musicians — Yehudi Menuhin would be coming through for a performance. I remember him as a kid. My father told me stories about Kurt Masur visiting with the Leipzig Gewandhaus orchestra, and would bounce me on his knees. Zubin Mehta…basically I was around a lot of culture when I was growing up, but in a very small and isolated part of the world, because Cyprus is a tiny place, and only gained its independence in 1960. What I am describing only happened ten years after independence, since I was born in 1972. My father was responsible for setting up the National Theater, the State Orchestra of Cyprus, the National Gallery — lots of artists, painters, dancers would come through — the Ballet Russe would come through. That was my background. When I was fifteen my parents allowed me to participate in the American Field Service program (AFS), going to a great school in the Chicago suburbs, New Trier High School, with four orchestras, a full opera production troupe, three choirs — it was better than most colleges. It was complete coincidence that I landed there. That year I realized I could do something with all the music writing that I had been doing throughout my youth. My mother would give me lyrics for the songs in her plays and say “Here — try these!” and so on. I started studying piano at six, and I was more interested in writing music than in practicing what was on the page.
TM: That’s a very common story — that the composer is less interested in other people’s music than in writing their own.
SS: I would drive the piano teacher crazy — she would give me an assignment, and the next week it would be transposed into a different key, I would be adding my own counter points, and eventually she just said “Bring me your stuff.” When I discovered contemporary music during my year in Chicago, it completely changed my life. I had an opportunity to perform on stage at Carnegie Hall under John Rutter’s direction as part of the choir from New Trier. Meeting John Rutter and realizing that a composer can have a life put things into context. I had to return to Cyprus to finish high school and after that I was convinced that I would return to the United States to pursue music composition as a career.
TM: Please say a little more about Cyprus, since many people in the US will not know so much about the island. 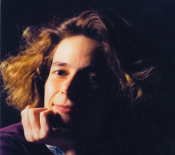 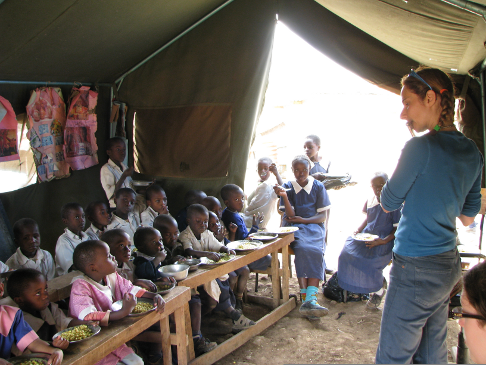