To this listener,
Brewer deserves the designation of Mastersinger, a small group and
curious breed that occasionally contains in it a top lieder singer.

Lied is, in all cultures where “high-art” literature is
transmuted into compilations of songs, made for the interpreter, for
storytellers. Singers enter the culture of lied knowing full well it
demands total subservience to telling the tale. As it is with the best of
lieder interpreters (Dietrich Fischer Dieskau and Christa Ludwig come
to mind), Christine Brewer has a knack for this music that is partly inborn.

Lied history takes more formal shape in the 19 th century with the works of German composers; most prolific in the style was Franz Schubert; working in the style through the turn of the 20 th century was Hugo Wolf. Composers often set their lieder to a theme in a series, or cycle. The
lieder singer is faced with the test of becoming as much a part of the
background as they can possibly muster, coming in and out of the foreground to
serve the music as indicated and in setting the poetry in high relief. The
lieder singer further sets the tone for the theme and carries it
through the cycle. 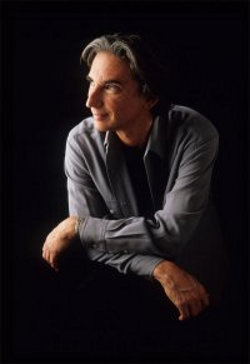 Brewer makes this look easy. No one can qualify the Illinois native’s
German as anything but romantic. She gets right to vowels, hanging on ever so
lightly, giving consonants that snap that settles on the ear. Brewer exercises
a judicious mix of vibrato treatments over a warm stream of sound and
a tonal quality similar to Jessye Norman’s, with a more forward placement.
The lower register is remarkably secure and round, climbing as that one
proverbial “column of sound,” a sound that was born to soar. She reaches
high-note territory (E, F and G) with ease; yet she builds phrases with
sincerity and depth, which takes a tremendous amount of discipline. This is
what she does; and it makes Brewer all the more special.

Billed as an evening of “Tricks and Treats,” New World Symphony (NWS)
and Artistic Director Michael Tilson Thomas hosted Brewer at the Knight Concert
Hall on October 29th. The vocal portion of the concert consisted of Richard
Wagner’s Wesendonck Lieder, what amounts to a serenade the composer
created to the poems of his muse at the time, Mathilde Wesendonck, who is
described as “one of the most significant women in Wagner’s life” in the
program notes.

Even when Christine Brewer could let loose through Wagner’s five
lied, she drew out plaintive tones that were an integral part of the
story, saving her considerable powers for the articulation of German. Such was
the case for “Der Engel,” where vocal control goes a long way in conveying
how the selflessness of angels fills the hollowness of human existence. Brewer
sang phrases that left one breathless, literally and figuratively.

Internal suffering was in full effect in “Im Treibhaus — Studie zu
Tristan und Isolde,” where Brewer, Tilson Thomas and orchestra teamed for a
moment of otherworldly waves of music, with violins playing off of one another
in a way rarely heard. Brewer held a certain musical line while drafting steamy
tones over the phrase “Malet Zeichen in die Luft,” where Wagner speaks to
the horticulture of supernatural dispositions, asking nature to disclose its
wonders.

“Schmerzen” brings more opportunity for vocal muscle, right from the
first notes of the vocal line. Here still, Brewer created tones that came
across as gentle acceptance of nature’s abiding relationship between life and
death.

A conducting “Golden Age” for these times surely comes in the presence
of Michael Tilson Thomas. He deserves the appellation Musikmeister. In
NWS — America’s only full-time orchestral academy — he has a splendidly
boundless and stimulating canvas with which to put to use and to share his
inestimable experience and multitudinous skills. Michael Tilson Thomas and
Christine Brewer are, individually, artists that bring a certain magic to
everything they do. Together, Tilson Thomas and Brewer cause all aspects of a
musical show to come into phase.

Tilson Thomas’ dancing with the New World Symphony is unison personified.
In “Schmerzen,” where the descending scale of forte strings and
winds calls for sudden passion and intra-instrument matching, the sound entered
as if warmed up from a few bars back. The NWS conductor carries
instrumentalists along with him — wrist rolls move bows and sway woodwinds;
he revved up the baton to urge tempi, and brought horn players to the balls of
their feet. It all happened at once. Tilson Thomas steps in the direction of a
section, calling on them to build sound space, gesturing directions with his
left hand, and pointing to have players attend to specific features. Thomas’
communication with Brewer was intense. He sought out her inflections and
movements signaling different moods and changes in musical design.

The concert opened with Richard Strauss’ Till Eulenspiegel’s Merry
Pranks and ended, after the Wagner lied, with Johannes Brahms’
Symphony No. 1 in C minor. Strauss’ tone poem is an excellent vehicle to show
off NWS. Its light beginning and exposed horn and long staccato violin
stretches — all the way through the build up and Strauss’ playful winds and
wide use of the percussion family — were played with nice contrasts, zinging
accuracy and stamina to spare.

NWS showed versatility, power and pathos beyond their years in Merry
Pranks and especially in the Brahms. The second movement was guided by
Tilson Thomas as a soft hymn with hanging phrases of elegance and downward
spins taken with care for keeping a joined soundscape. Improbable as it is,
instrumentalists managed the most organic playing in the most demanding of
Brahms’ orchestral drawings, the final movement. NWS took its shifts from
driving chords to lush orchestral effects, creating a tightly held story right
through to the ceremonial finish.

“Golden Age” or no, any night like this — pairing starry singer and
starry conductor with a very hungry group of instrumentalists — ranks up
there with any of the most vaunted classical musical moments, anywhere,
anytime.