The Chicago performances include Johan Botha as Tannh‰user, Amber Wagner in the role of Elisabeth, Gerald Finley as Wolfram von Eschenbach, Michaela Schuster as Venus, and John Relyea as Landgraf Hermann. Also participating in these performances are Jesse Donner as Walter, Daniel Sutin as Biterolf, Angela Mannino as the Shepherd, Corey Bix as Heinrich, and Richard Wiegold as Reinmar. Sir Andrew Davis conducts the Lyric Opera Orchestra and Michael Black has prepared the chorus, both groups here performing at the level of a festival. The production is directed by Tim Albery. Messrs. Bix, Wiegold, and Albery are in their debut season at Lyric Opera. 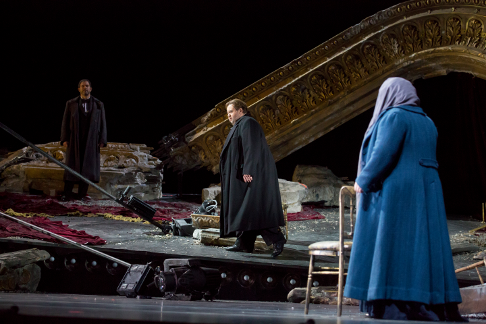