That difficulty was swept away in moments when the curtain rose on
Gilbert Blin’s staging of C.W. von Gluck’s 1774 French-language
adaptation of his boundary-breaking 1762 Orfeo ed Euridice. With
polished professionals in the title roles, the marvelous “early
music” specialist Stephen Stubbs, an orchestra of equally seasoned
players in the pit, and a sensitive and visual concept by veteran
music-theater artists, the youth, energy and lack of professional polish
exhibited by the all-student chorus and dancers positively added to the
power of the production.

For me the very word “projections” causes an anticipatory
chill. How often has a staging been ruined by intrusive, inappropriate,
ill-executed background imagery? These projections, seamlessly contrived by
frequent Blin collaborators Travis Mouffe and Remy-Michel Trotier with
lighting designer Peter Bracilano, were intrusive, but in just the
right way: they glorified the stage action, sweetened and acidulated the
mood, turned the often distracting but necessary business of titling into a
marvelously inventive commentary on the very art of the librettist. Rarely
has a “bare stage” seemed so richly evocative. 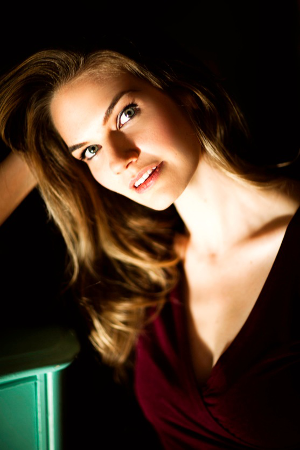 Meany Hall’s acoustic is ungrateful to the human voice. One hears
clearly enough, but the sound is diminished as if by an invisible scrim.
With barely 1000 seats, the singers seem a little lost in space. Amanda Forsythe was extravagantly cast
as Euridice — a treat to hear. Former LA Opera Young Artist Valerie Vinzant was delicious
as Amour, and provided by far the most idiomatic and expressive French
diction of the evening.

As Orphée, the role upon which the entire work depends for its
effect, Aaron Sheehan moved
well, in the statuesque mode demanded by Blin’s staging, and sang
with considerable beauty, particularly in his pure haut-contre
register. I was surprised that a singer who has spent much of his career in
the classical French repertory (he has recorded works of Charpentier and
Lully) makes so little of the expressive power of the language’s
mixed vowel and nasals: his “mute” e’s in particular
often end phrases with a dull bump. 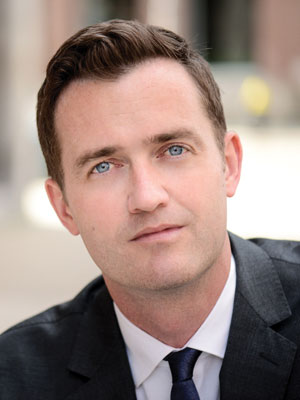 As to idiomatic French, the 20 student choristers might as well have
been singing in Urdu, but they sang with precision, passion, and character.
The movement scheme devised by Blin and his choreographer Anna
Mansbridge allowed them to take an active role in the purely instrumental
music, some of best dance tunes ever devised for opera, equal to
Rameau’s at his most expressive.

The six dancers, all “pre-professional,” took all the roles
specified by Moline’s ingenious libretto: mourners, blessed spirits,
demons, celebrants, and (a lovely touch) the animals which legend says were
as charmed by Orpheus’s lyre as were the fiends of hell.

One particular young man, self-effacing in his “straight”
dancing, provided his turn as larve-in-chief with a sense of real
menace and fury. Morgan Houghton is already an authentic stage animal. With
luck he will soon be able to drop the “pre-” from his
resumé and claim his full desert.