The fifteenth Oxford Lieder Festival (14-29 October 2016) will see the focus shift to Robert Schumann. This year’s ‘Schumann Project’ will present
a unique survey of Schumann’s complete songs, exploring diverse aspects of the composer’s life and work: his innate Romantic sensibility; his complex,
troubled personality – which, paradoxically fuelled such creative fertility; his life and times, friends and contemporaries; his influences and his
legacies; and his literary and artistic interests. Alongside the core lieder repertoire, performances of Schumann’s chamber music and choral
works, as well as study events, masterclasses, lecture-recitals, film screenings and talks, will place Schumann in the context of contemporary political,
cultural energies and incidents. 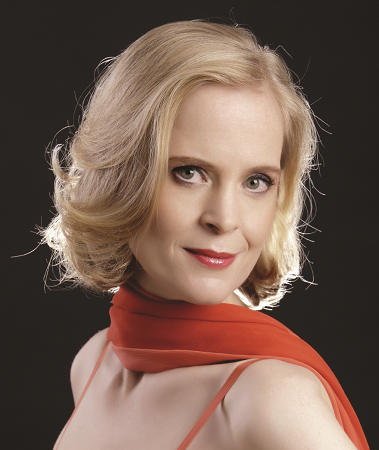 Birgid Steinberger, with whom Drake will perform songs by Schubert and Brahms on 18 October at the Holywell Music Room, Oxford

In addition to Schumann’s complete songs, the Festival will feature many works by his friends and contemporaries, including Mendelssohn and Brahms, and the
29 songs composed by Schumann’s wife, Clara, whose death 120 years ago is also marked in 2016.

One musician who has been involved with the Oxford Lieder Festival almost from its conception is pianist Julius Drake, with whom I recently met to
discuss this year’s Festival and his passion for lieder – and chamber music – more generally. 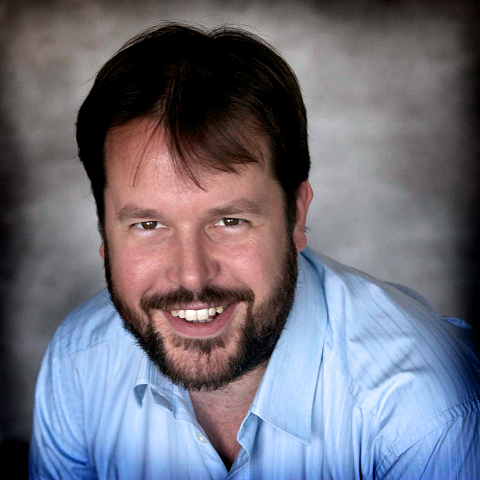 Drake is full of admiration and respect for Sholto Kynoch. From small beginnings – a few performances, sparsely attended – has grown a thriving festival of
international repute, and Drake notes that Kynoch, himself an esteemed pianist, has been the driving force behind this blossoming and achievement. Indeed,
Drake observes that it is often such a single individual – and sometimes a figure whom one does not necessarily anticipate will possess such enabling
energy and force – whose passion, commitment, stamina and practical foresight creates the environment in which music thrives and communicates with
startling vividness and freshness; influencing and developing audiences year on year, despite what might seem initially inauspicious circumstances.

I ask Drake if Schumann’s lieder present different challenges and opportunities from those offered by Schubert. His observations are
characteristically astute. Schumann’s 200 or so songs, he notes, date principally from the year 1840 – the Liederjahr during which he wrote no
less than 138 songs. In the preceding years, 1832-1839, Schumann had written almost exclusively for the piano, but in February 1840 Schumann experienced a
creative outbreak which was expressed almost solely through the medium of song – the piano, he wrote, was now ‘too narrow to express my thoughts’. It may
be true that Schumann was looking for a new medium through which to express his overwhelming love for his new bride, Clara (nÈe Wieck) but, as
Drake observes, the songs are essentially a continuation of the piano miniatures which had preoccupied the composer in the preceding years:Kinderszenen Op.15, Kreisleriana Op.16, Arabeske Op.18, Blumenst¸ck Op.19, Humoreske Op.20, Noveletten Op.21. Moreover, the vocal lines often double the upper voice of the piano texture, and Drake envisages Schumann extemporising these
songs at the piano.

Prior to the 2015 Oxford Lieder Festival I met with baritone Mark Stone, who commented that he felt that the lieder genre makes
particular demands upon the listener, and that thus there is a challenge to sustain an audience for this repertory. I ask Drake if he concurs. He agrees
that lieder recitals make demands on audiences: the success of the final result relies on a triumvirate of contribution – from the composer, the
performers, and the listeners. At venues such as the Wigmore Hall, which presents more lieder recitals than any other venue in the world, there is
a dedicated and well-informed audience; a body of listeners familiar with the demands of listening to the music at the same time as reading the text (and
its translation) and observing the singer’s physical demeanour and gesture. And, sympathetic to the cultural and moral endeavour.

To some extent, the Oxford Lieder Festival audience is similarly composed and devoted to the art form. The real challenge today is to build new
audiences, especially among the young whose educational and creative experiences are perhaps unlikely to comprise exposure to the sort of concentration and
immersion that live chamber music – in its intimacy and intensity – involves. Drake recounts an anecdote concerning the imminent demise of a Steinway piano
in the possession of Brent council which, through the enterprise of a particular primary school teacher, ‘lived’ another day – albeit in the form of a
‘replacement’ Steinway D, offered by the company when the sound-board of the original was found to be cracked – to provide young children with a
potentially life-changing series of classical music concerts, facilitated by Drake. As he says, there will always be musicians – they are driven from
within; it is the audiences whose confidence, familiarity and enthusiasm is inspired from without, that society – and the education system – must nurture. 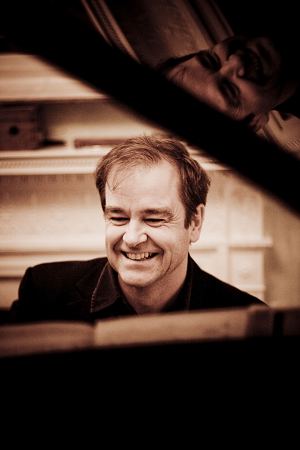 Which leads to Drake’s own musical education and career. After studies at the Purcell School, he entered the Royal College of Music anticipating a future
career as a solo pianist. But, his first experience of chamber music put a stop to that, somewhat unexpectedly. He tells me that after that initial,
revelatory experience of shared music-making he no longer had any desire to walk onto a stage alone; his future music-making would be a collective
experience. An introduction to song followed and a pathway opened naturally.

When I suggest that a career as a ‘piano accompanist’ is not a typical ambition for an aspiring keyboard player Drake, quite rightly, disputes my
terminology! He dislikes, in fact vociferously rejects, the notion of ‘accompanist’. And, while there are some pianists who are happy to ‘follow’ the
‘lead’ of singer or instrumentalist, Drake has never been one such. Indeed, when I re-read a review which I wrote of Drake’s Snape Proms recital this
August with tenor Ian Bostridge, in which they presented songs by Schumann and Brahms, I remembered how much I had relished Drake’s creative contribution:


Drake was a superb accompanist, as alert as Bostridge to every nuance of the Romantic cast of mind which the songs embody – and equally equipped with
the technique and artistry to craft those nuances into a unity which is both coherent and contradictory. The ‘dark splendour’ of the piano tone
showcased the bright gleam of the singer’s flowering adoration in ‘Es leuchtet meine Liebe’, while the stature of the chordal postlude confirmed the
inescapable tragedy of the gloomy folk-tale of love. In ‘Mein Wagen rollet langsam’ the tight, dotted rhythms of the rolling carriage alternated with a
tender chord sequence, as the charms of nature lulled the poet-speaker into a seductively solipsistic dream; but, Bostridge’s murmured
will-o’-the-wisps – who ‘hop and pull faces,/ So mocking yet so shy’ (‘Sie h¸pfen und schneiden Gesichter,/ So spˆttisch und doch so scheu’ – took on
an ominous tone as the goblins whirled together like mist.


Drake’s accompaniments were inextricably fused with the vocal expression. The unstable modulations at the end of the second verse of ‘Alte Liebe’ (Old
age), and the diminished harmonies which underscore the opening of the third were wonderfully expressive of what one scholar has called Brahms’s
‘masochistic nostalgia’, as the poet-speaker ponders, ‘Es ist, als ob mich leise/ Wer auf die Schulter schlug’ (It is as if someone tapped me on the
shoulder). And, the piano postlude confirmed and enhanced the compulsion, derived from sadness and acceptance, which is expressed in Bostridge’s final
phrase, ‘Ein alter Traum erfaﬂt mich/ Und f¸rht mich seine Bahn.’ (An old dream takes hold of me and leads me on its path). The entwining cascades of
‘Sommerf‰den’ (Threads of summer) embodied both the exterior world – the gossamer threads of summer light which the poet-singer imagines as a tapestry
of ‘Liebestr‰ume’ (dreams of love) – and a dark interiority, as he sees his own fate hanging by such a brittle thread. Similarly, the spirals which
surged from the depths in ‘Verzagen’ (Despair) were both the raging storm-sea and the poet’s lurching heart in love-sickness. 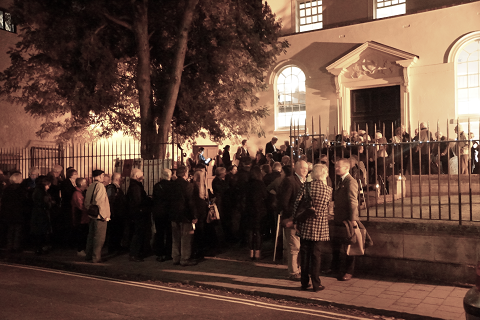 Although Drake spends a considerable proportion of his time working with singers, instrumental chamber music still forms a significant part of his
music-making, and I ask about the respective challenges in terms of both preparation and performance. Drake explains that preparing for a song recital
involves extra-musical dimensions: that is, one must not only have a technical and expressive grasp of the notes on the page, but one must also understand
both the overall ‘meaning’ of the text and the precise intent and inferences of particular words.

We also discuss recital programmes. The Schubert/Schumann Project concerts at the Oxford Lieder Festival obviously focus on a single composer’s
work, and I comment that, as a listener, I find of late that I am less captivated by programmes which offer works by various composers. Drake admits that
when compiling and preparing a recital programme, it is important for the performers to devise a sequence which produces a natural, inevitable progression
between songs – each of which may only last between one to three minutes. But, he argues convincingly that it is possible to construct multiple composer
programmes – whose works may or may not be linked by a ‘theme’ – which create a fluent progression from song to song, even though diverse idioms and ages
are represented.

To conclude our conversation, I ask Drake if there are any outstanding musical ambitions or challenges which he wishes to fulfil. Drake mentions that
cellist Natalie Clein has asked him to perform Schubert’s last piano sonata at the Purbeck International Music Festival – the Bb major sonata, D.960.
Although he loves the solo piano repertory, he has no burning desire to perform as a soloist, but Clein’s suggestion that she senses that this sonata is
‘your piece’, that ‘it sings’, is clearly seductive. But, Drake’s general response is both chastening and reassuring: there are no specific ‘landmarks’ to
assail, but he wishes to keep discovering new music – after all, the song repertory is expansive – and to continue to perform with fellow, like-minded
musicians. These are aspirations with which chamber music lovers and, especially, lieder enthusiasts will undoubtedly concur.

Julius Drake and Birgid Steinberger will perform music by Schubert and Brahms at the Oxford Lieder Festival, on Tuesday 18th October 2016: