We may relish our submission to fantasy but flippancy and human foolishness
are necessary ingredients too, and Bampton Classical Opera, in presenting
their twenty-fifth anniversary production – Cinderella,
by the Franco-Maltese NicolÚ Isouard who died 200 years ago at the age of
41 – have found the perfect recipe for their magic spell.

, for further information about Isouard and Cinderella.)

Jeremy Gray’s designs aptly juxtapose dull monochromes with dashing
technicolour, mirroring the ugliness-beauty dichotomy embodied by the three
young women who reside in the house of the ostentatious Baron de
Montefiascone – here attired in shiny silver pyjamas (costumes by Jess
Iliff) and played with haughty self-importance by bass Alistair
Ollerenshaw. The sampler above the fire-place proclaims ‘Home Sweet Home’,
but while the 1970s woolly wall-paper may be soft as silk, the mood in the
kitchen is spiky and spiteful. As Cinderella (Kate Howden) labours with
brushes and brooms, the Baron’s step-daughters, Clorinde (Aoife O’Sullivan)
and Tisbe (Jenny Stafford), sabotage the sagging washing-line, only pausing
from their malicious mischief-making to rejoice when the morning-post
brings their invitations to Prince’s Ramir’s gala ball. 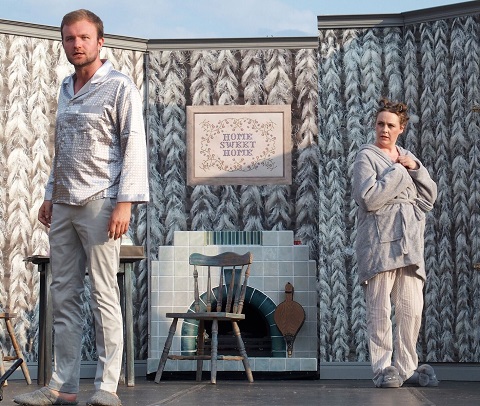 Despite Cinders’ despondency, Gray uses light and visual motifs to hint
that Fate may be kinder than family and elevate the down-trodden lass to
higher realms. In the corner of the yard stands a cubist tree offering
golden apples, and as Cinders gently plucks the fruit, the branches are
bathed in a pink glow which seems to suggest that the future will prove
rosy. Indeed, in Act 2 the apples are transformed into magical lanterns
which gleam warmly.

But, all good fairy-tales need a fairy-godmother – or, in this case,
godfather, in the form of Prince Ramir’s tutor, Alidor (Nicholas
Merryweather). Alidor stumbles on to the set cloaked in grubby grey rags
and pushing a supermarket trolley filled with an eclectic assortment of
oddments – a gramophone, bird-cage, flower-pots, a straw hat – but despite
his beggar-disguise, there is no hiding Alidor’s wealth of wisdom and
kindness. His royal tutee (Bradley Smith) may be an ingenue as far as
romance and courtship are concerned, but just one glance at Cinders sees
Prince Ramir smitten, and he can rely on Alidor to concoct a plan to win
his bride. 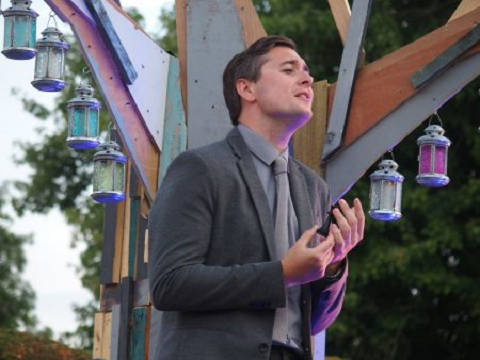 Gray waves a magic wand – with a little help from a twirling ‘Mary Poppins’
whose umbrella dispenses fairy dust – to transport us to the ball, the grey
fronds adorning the Baron’s walls blossoming into a forest of pink roses.
Clorinde and Tisbe swap their fluffy slippers for some slinky frocks and
set off in hot pursuit of their ‘Prince’, lured by the lurid gold medallion
of office sported by one Dandini on his puffed-up chest, leaving Ramir free
to woo Cinderella over a game of chess. 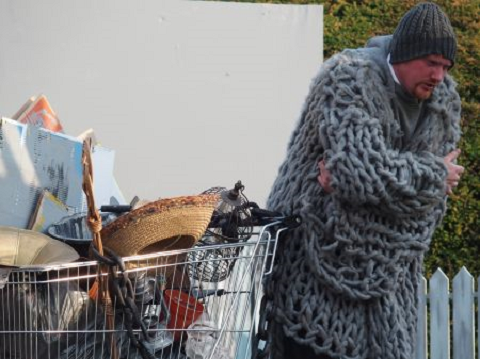 Isouard really does suggest that the devil has all the best tunes. Simple
airs and romances suffice for Cinderella and her Prince, but the two
sisters are blessed with characterful duets and a sparkling solo each,
proving that virtue and virtuosity are certainly not bedfellows. Aoife
O’Sullivan and Jenny Stafford made a wonderfully wicked pair, relishing the
capricious coloratura and blending in curlicues of thirds and sixths the
melodiousness of which belied the sisters’ malice. O’Sullivan demonstrated
a thrilling sparkle and superb precision in Clorinde’s Act 2 show-piece
which, designed to catch the Prince’s ear and eye, inspired the ball-goers
to fling themselves into a bolero worthy of Torvill and Dean. Tisbe’s
rueful lament in Act 3 was no less impressive and, miraculously, even
managed to suggest that this harpy had a heart after all.

Nicholas Merryweather always commands a stage; thus, although we are more
used to seeing and hearing the baritone in comic guise, he was a masterful
mentor, using his strong baritone to convey the maturity and insight that
his naÔve charges lack. Merryweather also ensured that we heard every word,
whether spoken or sung – even when he seemed to be singing with his mouth
stuffed full with bananas. Kate Howden’s diction was less clear, but she
captured Cinderella’s sweetness and warmth, singing with beautiful tone in
her romances with tenor Bradley Smith’s Prince Ramir. I’d like to see both
of these singers in roles which offer them greater vocal and dramatic
challenges. And, the same goes for tenor Benjamin Durrant, whose Dandini
would give Liberace a run for his money, and Ollerenshaw, who had little to
sing but who proved a sterling foundation in the ensembles, really making
his presence felt vocally. The energy and wit of Lucy Cronin and Susanne
Dymott in various choral roles also made a vivid contribution to the whole. 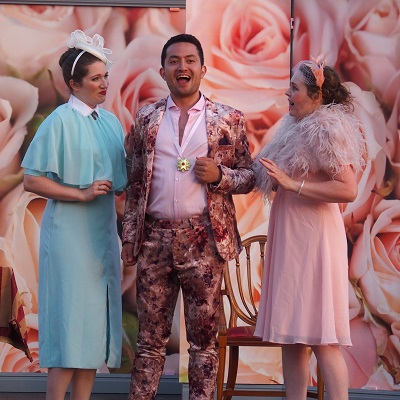 Conductor Harry Sever made the most of Isourd’s instrumental colours and
the musicians of CHROMA produced a variety of orchestral hues; I
particularly enjoyed the nasally windings of the woodwind duets, and there
were strong contributions from the horns (Lizzi Tocknell and Richard Bayliss)
and harpist Oliver Wass. With the musicians seated behind the set and
Sever visible to the cast on two side-screens, it was not surprising that
the ensemble occasionally slipped. St John’s Smith Square is not a kind
venue for opera, but Gray and his cast did well to overcome the challenges
of space and acoustic.

Given the slightness of Isouard’s ‘drama’, we can forgive some occasional
hamming in the dialogues and longer ensembles; for there was plenty of
sharp wit and neat detail in Gray’s direction and Gilly French’s English
translation. Unlike the Brothers Grimm or Charles Perrault, Isouard offers
us no dark terrors, political inferences or journeys into the psyche.
Simply and sincerely, his music tells a familiar tale, but such is the
score’s charm that we’re drawn into a story that we’ve heard so many times
before. Goodness triumphs over greed, justice over jealousy. Once again,
Bampton Classical Opera have shown us that dreams really can come true.