We began on familiar ground, with a sequence of five lied by Franz
Schubert. Seated on a stool, nestled in the piano’s curve, with his music
stand at a comfortable height, Matthew Rose cut a relaxed figure in his
black velvet jacket. But, while the bass’s production of sound was
characteristically fluent, and his demeanour easy, it took Rose a while to
settle securely in terms of both pitch and focus. In both ‘Strophe aus “Die
Gˆtter Griechenlands”’ (Verse from ‘The gods of Greece’) and ‘Fahrt zum
Hades (Journey to Hades), Tom Poster was a discrete, restrained
accompanist, the light touch of his triplet quavers in the latter song
paradoxically emphasising the menace latent in the vocal line, with Rose
pertinently attentive to the text. I found ‘Lied eines Schiffers an die
Dioskuren’ (Seafarer’s song to the Dioscuri) a little on the hasty side; it
has a reverential, prayer-like quality – enhanced by the stanzaic structure
– that wasn’t quite captured here, though the piano’s dark ripples were
atmospheric. Similarly, the decorative turns in ‘Im Abendrot’ were
gracefully articulated, doing much to establish the expressive mood.
‘Wandrers Nachtlied II’ was beautifully hushed, and Rose conveyed the
paradoxical union of simplicity and profundity in Goethe’s poem.

Schubert’s Impromptu in Eb D899 No.2 followed segue, and there was a strong
sense of release and freedom in Poster’s playing: technical discipline
underpinned a mesmerising journey from the gentle fluidity of the opening
triplets, effortlessly fingered and accompanied by a quietly nudging
left-hand, to a more assertive dance in a distant minor tonality, with
strong left-hand accents propelling things forward, to a statuesque coda of
confidence and brilliance. It was followed by the tender reverie of Franz
Liszt’s Impromptu (Nocturne) S191, in which Poster’s soft, warm tone did
not preclude clear, legato articulation of the lower line and conveyed an
introspective quality that was never sombre.

Rose’s relished the rich complexity of the ensuing sequence of Liszt songs
which grew in dramatic fervour. A brief but powerful swell to make us feel
the breath of wind on the mountain-top, a telling repetition to emphasise
that soon we would be at peace, and the surging strength of
‘Ruhest’ at the close of ‘‹ber allen Gipfeln is Ruh’ (Over every
mountain-top lies peace) typified Rose’s attention to detail and
communicative directness. ‘Gebet’ (Prayer) further heightened the intensity
while Rose swaggered imperiously in ‘Gastibelza’, Liszt’s colourful setting
of Victor Hugo’s account of the eponymous Spaniard’s mad ravings for his
lost wife, Sabine, who ran off with a wealthy count, though I thought,
here, that he might have chosen to stand to sing this final song of the
first half of the recital. Poster matched Rose for theatrical flair,
mimicking the strumming guitar and swaying through an off-kilter bolero and
generally making light work of Liszt’s pianistic virtuosity. 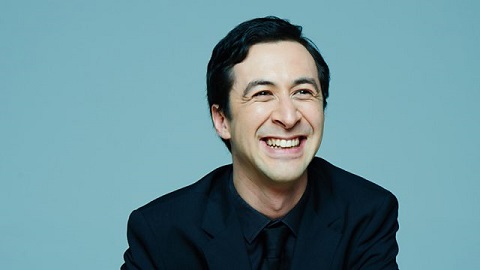 It was in Musorgsky’s Songs and Dances of Death, though, that
Rose’s voice really came into its own. The piano’s winding unison at the
start of ‘Kolybel’naja’ (Lullaby) set a melancholy tone but Rose used the
text to introduce variety of pace, mood and colour, injecting energy, for
example, when the “gentle knock of Death” is heard at the door, or fading
resignedly as the close as the mother futilely tries to still her anxious
child. Strength and sensitivity were allied in ‘Serenada’, Poster’s
pianissimo rocking sweetly supporting the well-sculpted vocal line which
grew in generosity and vigour towards the surging octave leap of the
commanding declaration, “Slushaj! … molchi! … Ty moja!” (Be silent! You are
mine!) Poster’s low, quiet tremolandos were an ominous night-time blizzard
in ‘Trepak’, and as both the wind and the man’s drunken whirling grew
stormier, a spilling over into wild abandonment seemed imminent but was
ever resisted. The real fury was reserved for ‘Polkovodec’ (Field marshal)
in which the sturdy majesty of Rose’s bass evoked the rage of the
battlefield, while its inky darkness wonderfully captured the soberness of
the close: “then lay down your bones in the earth,/ and rest sweetly rest,
life’s labours down!” The songs date from the mid-1870s and after their
dramatic vitality, the decorative arabesques of Musorgsky’s Impromptu
passionnÈ (1859) came as quite a shock, as if Poster was cleansing away the
brooding, burning darkness and taking us back to the songfulness of
Schubert and the intricacy of Liszt.

The Schumannesque miniature was beautifully played by Poster and followed
by the first performance of one of the pianist’s own compositions, The
Turning Year, which was commissioned by Wigmore Hall and sets texts by Jem
Poster, the pianist’s father, taking us through the four seasons and
emphasising their contrasts: ‘birdsong and new beginnings in spring; the
oppressive heat of summer; autumn’s blustery winds and the warmth of the
fireside; the icy stillness of winter – are reflected particularly through
variation of the piano textures and figurations, while the vocal line,
taking its cue from the natural imagery of the poems, is essentially
lyrical throughout’, explains Poster. Rose crested smoothly through the
arioso at the start supported by inventive piano textures suggestive of the
twists and turns of sleeping man’s dreams, and of the birdsong and creaking
branches outside his window. Pedal notes in the inner voices of the piano
part and a steady rhythmic pulse conveyed the grip of the summer heat, as
the voice roved more freely, but with the coming of autumn the piano became
a swirling wind and Rose carved the vocal line with care. The drawing of
the curtains brought rest, anticipating the white motionlessness of winter.
This final episode was texturally delicate, the Bergian harmonies here, and
throughout, expressively rich. It’s always difficult to judge from a
single, first hearing, but The Turning Year undoubtedly communicates the
lyricism of the poetic details.

Songs by Charles Ives closed the recital, but they were prefaced by the
composer’s Three Improvisations, which were transcribed in the 1980s by
Gail and James Dapogny from a recording made by Ives in 1938. Etching clear
textures, Poster effectively shaped the continuing transformation of the
material and, given the improvisatory nature of so much of Ives’ music, it
seemed apt that the first song, ‘Ilmenau’, followed segue, and returned us
to Schubert, offering another setting of Goethe’s ‘Wandrers Nachtlied’ in
which the piano’s gentle lilt evoked the simplicity and ease of the poem’s
peaceful vision. Rose’s open, warm sound and unmannered directness
communicated the engaging artlessness of these Ives songs, and in ‘The
Children’s Hour’ Poster’s hand-crossing chimes flowed effortlessly. In
‘Down East’ and ‘At the River’ Rose was a relaxed balladeer, and the ‘The
Circus Band’ marched quirkily, dancing with the child’s excitement at the
vibrant and varied parade.

At the close I had just one misgiving. Rose’s decision to stay seated
throughout the performance did enhance the inherent intimacy of Wigmore
Hall, but Rose was rather wedded to the score and when he did look up at
his audience, his gaze somewhat low. Given the communicativeness of his
bass, it was a pity that at times this led to a sense of distance between
singer and Hall. That said, this diverse recital wore its technique prowess
and musical intellect lightly.