It has never been just the quality of da Vinci’s output that puts this
Renaissance polymath on such a unique pedestal – it’s the breadth of it as
well. Vasari had suggested da Vinci was a talented musician – indeed,
Emanuel Winternitz published an entire book in 1982 devoted to this subject
alone – but it is probably the crossover into science and invention which
most fascinated him in relation to music as a subject rather than
composition itself.

It’s perhaps an exquisite irony – though I’m unsure whether it’s intended –
that in Cecilia McDowall’s new Da Vinci Requiem – of which this
was the world premiere – the first quote she should use from a da Vinci
source comes from his Codex Atlanticus, dating from between 1478
to 1519, and which in its more than one thousand leaves contains many
drawings devoted to musical instruments – some, it should be said, of quite
unfathomable complexity. It’s almost a nice touch.

McDowall’s previous choral works – the Stabat Mater, for example –
have singled her out as a composer with a gift for combining lyricism and
romanticism in her music – it can sound expressive, and often is, though
the scale of the invention always looks backwards rather than forwards. You
sometimes feel when listening to McDowall’s music that the voice is not an
overly distinctive one – and that often felt the case in this new work. Her
scoring for the orchestra doesn’t always favour their sound against the
chorus – though, I think, this is largely because she tends to evoke a
darker, more resonant palate from the lower strings; I rather thought six
double-basses was a tad less than ideal, particularly when the double
woodwind and brass could often appear so strident. But there were some
beautifully constructed moments – the opening of the ‘Introit and Kyrie’
with a penetrating harp gliding through the orchestra was inspired, and the
almost relentless beating of the timpani had the hallmarks of McDowall’s
profound use of rhythm in her music.

I felt a little unsure about the translations of da Vinci’s codices into
English (though the long ‘The Virgin of the Rocks’ was beautifully done in
a text by Dante Gabriel Rossetti and was written as such). Rossetti’s poem
is the only part of this work which is based on an actual da Vinci painting
which the poet had written while standing in front of the work in 1848. If
you often felt McDowall was in tune to the underpinned chromaticism and
sonorities of the requiem elsewhere in this work, there sometimes felt in
this part of it a tendency to pull that apart. Rossetti’s text is dark,
painful to read and haunted by death – and yet McDowall strives for music
which is quite the opposite – it reaches towards a dissonance (though a
restrained one), a jagged edge and the weight in the strings is notably
absent. Perhaps because the painting evokes so much of a Milan ravaged by
plague, and Rossetti’s text is a response to the revolutions which
politicised Europe in the year it was written the music has a distinctly
southern Mediterranean feel to it; it almost glowers like a spiky Spanish
habanera.

The choral writing – if some of that for the two soloists occasionally
doesn’t – is often a model of clarity, especially when the male and female
choruses sing divisi. The ‘Benedictus’ invokes the separation of
the two – one floating angelically, the other singing in plainchant. That
problem with the soloists sometimes straining to be heard was pronounced in
the ‘Agnus Dei’ where the soprano voice seemed muffled, unable to soar as
she should; less of a problem, because McDowall simply orchestrates it so
differently – and more lightly – was the penultimate section for baritone
where the voice had clarity. 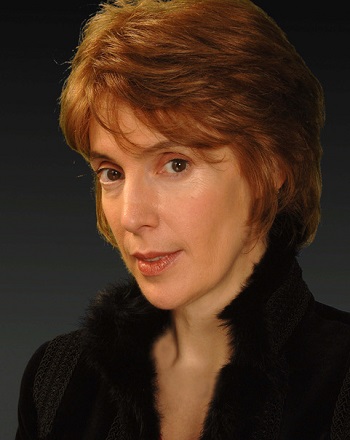 Kate Royal, the soprano, and Roderick Williams, the baritone, were largely
impressive. Royal’s voice can sometimes sound overly small, though the
lyrical beauty is often penetrating and rather intense even if the vocal
strength to push through the orchestra and chorus is lacking. As a contrast
to Williams’s darker, richer baritone, which often towered skyward, the
melding of the two voices felt beautifully stated. It’s not often that the
two voices sang simultaneously – and when they did McDowall was pointed in
drawing out the contrast. In the opening ‘Introit and Kyrie’ Williams
evoked the rosary-laced Latin of the opening of the requiem whilst Royal
intoned the first statement of da Vinci’s codex. Rossetti’s ‘Our Lady of
the Rocks’ is given over to the soprano but I wasn’t really sure that Royal
delved too deeply into the text – though in part, I’m not at all sure the
music asks for that kind of response either. It’s the one section of this
work which seems puzzling to me. Royal seemed challenged by the ‘Agnus
Dei’, her voice simply overwhelmed even if she strove for an intensity
which wasn’t quite within her reach; Williams in his singing of the final
da Vinci codex was deeply responsive to its somnolence and finality.

Perhaps McDowall’s strength has always rested in her ability to write for a
chorus, and here the Wimbledon Choral Society were magnificent. Nothing
seemed out of place – the women angelic, the men monastic – the intonation
and timing exquisite. Neil Ferris controlled the chorus, soloists and
Philharmonia impeccably – though perhaps a few lapses in orchestral
balance, notably in the sometimes searing brass, seemed a little rogue in
places.

The first half of this concert had begun with Vaughan Williams’s Five Mystical Songs. George Herbert’s poems, on which the composer
based them, are simple and the music reflects this. Despite Vaughan
Williams’s famed atheism – and later agnosticism – what he composed for
them can sometimes sound quite the opposite, though they never really
strike one as having any real intimacy with religion. But Roderick
Williams, as he was to subsequently be in the Da Vinci Requiem
after the interval, is never less than a revelation. He probably brought a
greater sense of personal meditation, reflection and intuitive intimacy to
the texts than one might normally experience in a performance of this music
– and which it certainly needs. His intonation and impeccable phrasing
borders on the luxurious at times – just as the richness and depth of his
baritone cuts through an orchestra with impressive strength.

Such hallmarks were equally on display in Martin James Bartlett’s superb
performance of Ravel’s Piano Concerto in G major. What was so notable about
this performance was how inside the music this young soloist was – this is
a work which whips back and forth in a geometric pattern of pianistic
invention. The mastery of the jazz elements, the dizzying keyboard trills,
the shifts from major to minor keys were very impressively navigated. But
it was fascinating during the Adagio to watch Bartlett almost
disappear completely as he bent his head to almost touch the keyboard.
There was no lack of freneticism in his playing, but neither was there a
lack of skill in bringing off the work’s lyricism and expressive elements
either.