Soprano Anna Netrebko, the only non-Italian involved, assumed the title role for the first time in New York last year, as part of her mid-career move into more dramatic roles. She still has plenty of vocal charisma. Her voice, once a lyric instrument, now has reserves of power and an enveloping dark resonance, especially down low. Yet this comes at the price of widening vibrato, occasional lapses of pitch, questionable diction, and a tendency to slide awkwardly into notes (including the first one of “Vissi d’arte”). 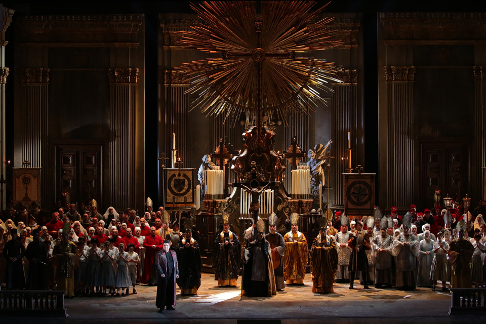 These vocal limitations render Netrebko’s characterization of Tosca rather generic. Puccini’s pious prima donna is a complex creature: in a second, she can shift from coy to sincere, irreverent to penitent, jealous to trusting, confident to frightened, and affectionate to enraged. Since Maria Callas revolutionized this role seventy years ago, most great singers have employed quicksilver shifts in vocal color, diction and tempo to convey these internal tensions. Not Netrebko, however, who alternates between more and less intense variants of the same lush and slightly stressed sound. Pushing out firm low notes in chest voice served her very well in portraying the anguish of Act II, but no other musical-dramatic affect came through as vividly. Some critics praise this approach as restrained and musical, but it is not for me.

Baritone Luca Salsi possesses the dark tone and vocal edge of a natural Scarpia. He is an intelligent singer who seeks to enunciate every phrase with precision and meaning. At times, particularly in Act II, when it mattered most and the acoustics of the set favored him, he seemed to inhabit the character totally. Yet, ultimately, he does not entirely command the vocal extremes of fearsome power, effortless elegance and serpentine menace required for this role. 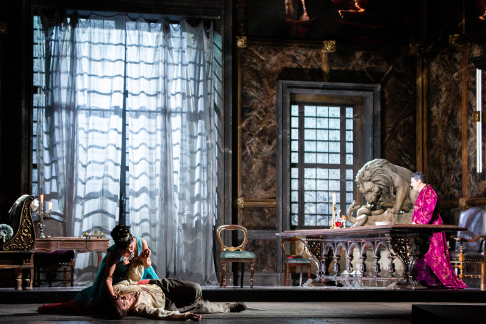 On the night I attended, tenor Francesco Meli was indisposed. His understudy, the young Georgian Otar Jorjikia, has won prizes and launched a successful career over the past few years – not least as a favorite of Valery Gergiev at the Marinskii Theater. He went for it, using all his vocal capacity – and sometimes a bit more – to deliver everything one expects of an understudy: a solid and correct performance, very impressive high notes and a few quite moving moments. At the curtain, his gratitude to the prompter was charmingly clear. This may be a singer to watch.

Of the remaining singers, baritone Alfonso Antoniozzi, who also works as a stage director, was particularly impressive as the Sacristan. This was not the buffo priest one normally sees, but a regular guy afraid for his life. His full tone and exceptionally clear diction were a model of how to make an impression in a small role by getting the fundamentals right. 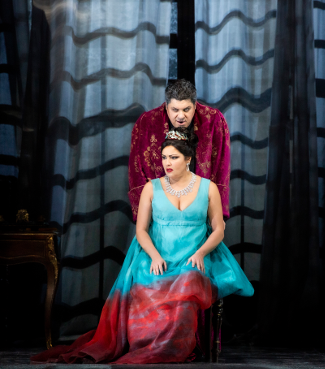 More radical were Chailly’s innovations as conductor. He restored a few dozen measures of music that Puccini cut after the first performance in 1900. Most noticeable were a short exchange between Scarpia and Tosca after “Vissi d’arte” and a meandering orchestral finale to the opera. These passages were interesting to hear, but Puccini’s judgement was right: Tosca is tighter without them. More problematic were the slow tempos and a thick sound Chailly drew out of the orchestra. To be sure, the playing, especially in the woodwinds, was excellent. Yet the generally symphonic approach lacked the lively snap of traditional Italian operatic style and threatened drag the performance down.

In staging Tosca, Livermore faced an even trickier task. Puccini’s operas, more than those of any other composer, resist radical production concepts. Early in the tenure of General Director Peter Gelb, the MET scrapped Franco Zeffirelli’s beloved 25-year old production of Tosca, with its loving reconstructions of Roman tourist sites, in favor of a grim and deliberately ugly take by Luc Bondy. The response was so hostile that Gelb apologized and soon commissioned David McVicar to design a yet another production that resembled Zeffirelli’s original. La Scala co-produced the Bondy Tosca, where the Milanese greeted it with similar revulsion.

So, Livermore surely had no choice but a return to realism – and he doubled down, going hyper-realistic. To that end, he deployed rolling scenery, a moving stage, flickering video screens, surreal projections, meandering extras, and on-stage fire in an effort to mimic the sweeping pans, computer graphics, constant motion, and stark lighting of popular Hollywood blockbusters. To top it all off, he chose to end each act with a visual tour-de-force in the form of a tableau mimicking a grand mannerist painting. So, in Act II, Tosca looks back on a body-double portrayed as a classical assassin, while in Act III, she becomes an ascending Virgin Mary suspended 10 meters above the stage. We are meant to see the characters, I assume, as they see themselves. 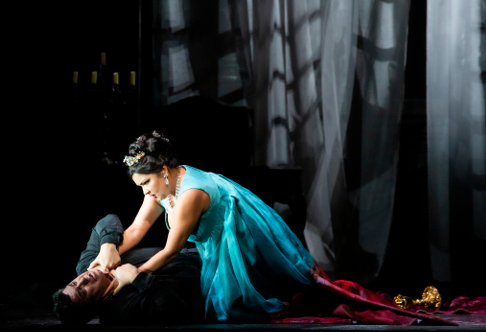 All this enhanced reality sounds compelling in theory but fizzled in practice. In a hyperactive Act I, the columns, statues and walls of the church moved dozens of times, the stage turntable twirled every five minutes, video screens turned on and off, and the entire stage slid up and down more than once. This chaos seemed only modestly annoying in the video broadcast but was fatally distracting – even laughable – in the theater. At the end of Act II, the technology failed: sets clanked and squeaked as a body double tried to sneak on stage, spoiling a quiet orchestral passage Chailly had carefully restored. Act III began badly, with the large angelic statue atop Castello Sant’Angelo flapping its (projected) wings, and reached rock bottom with the shimmering assumption of Saint Tosca.

Yet, amidst the visual chaos, one spine-tingling scene illustrates what might have been, had Livermore’s enthusiasm been balanced by thoughtful restraint. At the climax of Scarpia’s effort to break Tosca’s will by torturing of her lover in an adjoining room, he opens a door so that she is forced to watch. He orders his henchman to bear down (“Più forte! Più forte!”) as the orchestra begins an increasingly hysterical crescendo on a two-octave upward scale. At that moment, the entire stage began to rise slowly, reaching nearly the top of the proscenium and revealing a stark torture chamber beneath the elegant Palazzo Farnese.

Perfectly synched with the score, the overall effect was horrifying. I am sure Puccini would have loved it.