“It’s counter-intuitive,” she explains. “I found myself saying, until very
late in the day, ‘No, we’ll find a way to keep going.’” But, then, as the
public health emergency escalated, “Of course, we had to respond to that,
and do the responsible thing.”

in 2019, her first year as Artistic Director

, 75% of the Festival programme had been put in place before she took up
her position. 2020 was the first year that she was responsible for putting
in place the majority of the programme, which was to include her own
directorial debut at Longborough, presenting Monteverdi’s The Return of Ulysses, with Tom Randle in the title role. She was
and is clearly very concerned about what she describes as “the desperate
situation that the freelancers with whom we work found themselves in”, and
she speaks of her delight that she was able to invite the members of
Longborough’s audience base to donate, enabling the Festival to provide
clarity for artists, via the freelancers’ support fund.

“We are very aware of, and grateful for, the loyalty of our audiences, and
of course we always seek to nurture that. But, I think too that it’s
obvious that they appreciate how essential our freelancers are. They
understand the economics of the theatre and the realities of how
freelancers work. In making a direct appeal, we’ve been able to communicate
openly about the situation.”

I ask Polly what the generosity of audience-member donors has enabled her
to achieve. “50% of tickets were turned into donations, and two-thirds of
this sum has been used to directly support our artists and practitioners,
by paying them 33% of the fee that they would have received for their work
this season. The rest has been used to develop new creative work for these
artists over the coming weeks.” (Polly reveals that she can’t say more at
present, but that further announcements about these creative plans will
follow shortly!)

Despite the sadness, disappointment and distress, there have been some
positives too, though. Longborough Festival Opera comprises a very small
team with big ambitions, Polly explains, and historically it has been
enormously difficult to find time to stop – “the motor keeps running, even
with just four productions a year”. The closure enforced by Covid-19 has
meant that they have had to pause, and this has provided a rare
space for reflection and re-evaluation. The result is some exciting new
work coming up, and opportunities to ‘open up’ Longborough’s repertoire. 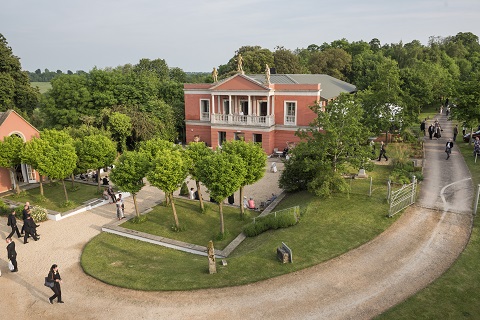 Of course, such opportunities have to be balanced against the seriousness
of the ongoing situation, and the national crisis in performance arts
industries and communities. “We mount four productions each year at
Longborough, and thanks to that fairly finite programme and the scale of
our audience-members’ response, we’ve been able to manage the situation.
But, large companies which present many more productions over eleven months
of the year face an even harder challenge.”

I ask Polly what she thinks can be done – and more specifically what the UK
government should do. “There are many others, more eloquent than me, who
have made a persuasive case. The problem is the negligence and ignorance
about two things which are the essence of a society: education and the
arts. It’s very depressing.”

Polly recalls a question that came up during a conversation with the
charity Independent Opera: ‘What would you do if you were a young singer
now?’ “It’s a great question”, she says. “At Longborough, every we give
young singers an opportunity to perform through our Emerging Artists
Productions. There is a danger now that a whole cohort will miss that
chance, as next year it might be someone else who gets the opportunity.”

So, what would she do if she were a young singer now? “Go
to Austria!” Polly laughs, drolly. “It’s terrifying when one thinks of the
lack of government support and the arts communities, at the mercy of
external forces in times like these, must be proactive to try to move
things forward, to establish support schemes. After all, if people can
gather in close proximity on the Tube or in the pub, why not – wearing
masks, all face forwards, with appropriate safety measures in place – in a
concert hall? The arts are absolutely fundamental to community well-being.”

I point out that it took the Covid-19 crisis to make me fully appreciate
the extent to which the UK’s model for funding the arts make the creative
industries’ very existence so precarious. On the continent, especially in
Germany, it is not uncommon for opera companies and venues to receive 80%
of their income in direct government subsidy, meaning that reopening with a
small, socially distanced audience is a practical short-term solution, in
contrast to the UK where the reverse economic model, or something even more
parsimonious, is the norm and reopening a distant dream at present. Polly
observes that, in addition to this, those companies that receive Arts
Council England funding (Longborough Festival Opera does not) have been
encouraged over recent decades to become even more self-reliant, by
developing entrepreneurial and community ventures. As a result, “their
quotas have diminished still further, and now they are being punished for
their creative and economic initiative. It’s a perverse situation.”

I wonder if the ‘big voices’ within classical music have done enough to
make themselves heard with sufficient vociferousness and passion? It seems
as if artist leaders in the field of theatre, for example, have been more
forceful in making the extremity of the disaster which faces their industry
publicly known; other than

’s warning about the dire situation facing the UK’s orchestras, published
in The Guardian in early June, I haven’t been aware of an
co-ordinated campaigns to increase public awareness, garner support and
force action. Should the classical music industry be shouting louder and
banging fists on the Culture Secretary Oliver Dowden’s door? 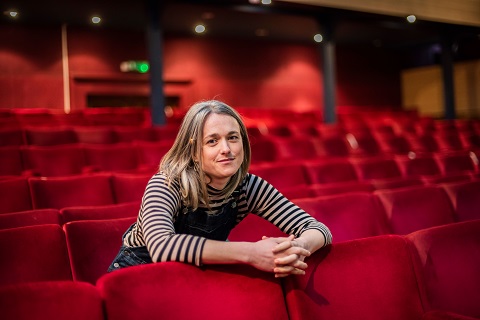 Polly reminds me that others have spoken out. An

open letter to the Guardian


signed by singers and choral leaders including Dame Sarah Connolly, Bob
Chilcott and John Rutter warned of the threat to choral traditions,
reminding us that “Singing in a choir is not only about communality, social
cohesion and harmony; for many it is an essential source of emotional
wellbeing and positive mental health.” And, many freelancers have spoken
out about the hardships they are experiencing and the frightening void
ahead. Polly confirms that dialogue between opera companies is ongoing.
Moreover, a national appeal and petition by #OneVoiceCampaign has
been initiated.

And, shortly after my conversation with Polly, Boris Johnson pledged £1.5
billion to keeps the arts afloat during the on-going coronavirus crisis.
This is of course enormously welcome, although the details about how and to
whom the funds will be allocated have still to emerge: it’s just as
important, if not more so, to protect and support freelancers, community
and amateur arts, and arts education as it is to save the nation’s leading
cultural institutions from collapse.

As Polly says, the government must properly support the arts industries in
order for artists to return to work and find ways of continuing to make
work and create live experiences which are an essential part of our
collective, shared imagination. And, for Longborough, it’s important that
the Festival keeps the conversation with its audiences alive and continues
to keep doing things – hence an imminent announcement about plans for the
remainder of the summer. “This dialogue with our audience is the essence of
why we are here at all.”

It would be easy to end our conversation dwelling on current forecasts of
doom but there will surely be brighter times ahead. Longborough Festival
Opera has just announced its 2021 programme (4 June – 3 August 2021) which
will ‘rescue’ three of the four productions planned for the ill-fated 2020
season – Wagner’s Die Walk¸re, Monteverdi’sThe Return of Ulysses and Jan·?ek’s The Cunning Little Vixen. Director Cal McCrystal’s schedule
prevents the staging of the fourth 2020 production, The Elixir of Love, next summer, but Polly is thrilled that
Mozart’s CosÏ fan tutte will replace Donizetti’s comic
opera, in a re-scored version for The Barefoot Band conducted by Lesley
Anne Sammons. As for her own directorial debut, she adds, “I’m delighted to
be collaborating with conductor Robert Howarth on The Return of Ulysses – Monteverdi’s beautiful, compassionate
drama of homecoming. Though one of the earliest operas it feels startlingly
modern. This will be performed on period instruments, but the production
will reflect the drama through a contemporary lens.” For a taste of things
to come, Polly has directed a short animated film by illustrator Amber
Cooper-Davies, inspired by the opera:

For the remainder of the Ring cycle, Longborough will perform Gˆtterd‰mmerung in 2022, and celebrate the theatre’s 25th
anniversary in 2023 with the full cycle of Der Ring des Nibelungen
as originally intended. 2023 will contain a new production of Siegfried.

Opportunity will come from crisis, Polly believes. “We have an opportunity
now to really interrogate why we are here and what we should be. In some
ways, I’m even more excited.”

How to Buy Tickets

Tickets will go on
public
sale

in March 2021, with priority booking available to members of
Longborough Festival Opera


. Further information can be found at https://lfo.org.uk/


In June 2020, Longborough Festival Opera launched a new podcast,
featuring today’s brightest stars for a series of conversations about
the world of opera.


The Longborough Podcast offers listeners the opportunity to hear
directly from the artists and figures at the forefront of the industry.
Each episode explores a particular composer, work or role, welcoming
friends from the world of opera and the arts – including singers,
players, directors, conductors and more – for some thought-provoking
discussions.


The podcast is available free of charge at lfo.org.uk/podcast and on
Spotify, Apple Podcasts, Google Podcasts, Acast and Stitcher.