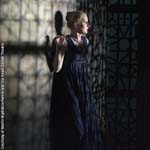 La Clemenza di Tito
Tim Ashley [The Guardian, 7 Feb 05]
Mozart’s La Clemenza di Tito was written to celebrate the coronation of the Habsburg emperor Leopold II as king of Bohemia in 1791. The date, two years after the French Revolution, is significant. Depicting a botched attempt to assassinate the Roman Emperor Titus, and his subsequent refusal to execute the conspirators, the opera examines the implications of the idea of benevolent autocracy and draws the conclusion that enlightened government necessitates absolute solitude and emotional isolation.
Click here for remainder of article.