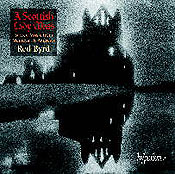 Despite theoretical beginnings several centuries earlier, we have come to think of early polyphony as having its first “golden age” in twelfth- and thirteenth-century Paris, an environment teeming with things new: the University of Paris, the Cathedral of Notre Dame, and the large-scale organa by Leoninus and Perotinus. If our attention is drawn to Paris, it is with good reason. But significantly, the musically innovative style of the Parisians had a geographic dissemination that took it to places like St. Andrews in Scotland, home to a cathedral roughly contemporary with Notre Dame and, to continue the symmetry further, in the fifteenth century, also home to Scotland’s oldest university. A run of Norman bishops in St. Andrews secured a degree of continentalism in the local ecclesiastical culture, and one of the most important manifestations of this is the Scottish manuscript of Parisian repertory that we today know as “W1.” W1 is a copy, in all likelihood one made at St. Andrews, of the Parisian Magnus liber organi — the “great book of organum” by Leoninus, as well as other works, some of them local. And it is from this local Scottish repertory contained within W1 that Red Byrd has fashioned their “Scottish Lady Mass.”
The core of Red Byrd is its two principal singers, John Potter and Richard Wistreich, both long known as leading early music singers in the UK. And though joined on occasion here by an ensemble of students from the University of York (where Potter heads a program in early vocal ensemble practice), most of the recording is impressively the work of these two alone. Thus, when enumerating those things that are most memorable here — for instance, vocal tones that are beautifully free and exquisitely focused and poised — vocal stamina will surely be high on the list. Several works with continuous duet textures, sung one-to-a-part, exceed five minutes, and the concentration and physical endurance of Potter and Wistreich, are notable, indeed.
If the length of some of the works is impressive for continuous solo singing, the style of the counterpoint itself is nevertheless generally economical, with note-against-note or a few-notes-against-note styles predominating. Little here will recall the “sustained note” style of Leoninus. However, two monophonic tropes, the Sanctus Christe ierarchia and the Agnus Dei Archetipi mundi, are rhapsodic and florid, and in them Potter sings with wonderful control and expressive gesture. His use of glottal articulation offers a richness of texture that, when combined with his foray into the extreme high range, show him to be a singer as technically accomplished as musically sensitive.
There are few things about which to quibble here. The Latin pronunciation basically seems to follow, with but one alteration, modern Italian “church” Latin. The ci as an [S] sound is a nod towards period Anglo-Latin, but one wonders why a fuller range of period sounds was not used. And, as the manuscript itself is born of Norman continental interests, one could also imagine that a French-influenced pronunciation might be compelling.
“A Scottish Lady Mass” is the third of Red Byrd’s recordings of the Parisian or Parisian-influenced repertory of the late Middle Ages (two discs devoted to Leoninus are also available on Hyperion). In bringing this repertory to life in so convincing a manner, they allow the listener to share in the beauty of polyphony coming into a period of rich blossom. That they have done so with such consummate artistry places us all in their debt.
Dr. Steven Plank
Oberlin College