For vocal artists, this often means a career retrospective. Deutsche
Grammophon has the “Portrait of the Artist” series, double-CD sets promoting mostly its current
roster of artists — including a relatively new star, such as Magdalena Kozena. Each set has its
own title, possibly leading the unwary to think the release contains new material. Kozena’s, for
example, is called “Enchantment.” For tenor Placido Domingo, the marketers promise his fans
“Truly Domingo.” DG has also brought forth a set of Beverly Sills excerpts, though not
designated as part of the “Portrait” series, with the number of other fine artists featured
acknowledged in the title: “Beverly Sills and Friends.”

Domingo’s career started around the same time as Sills’, but he still commands a top-rank
position in the opera world, while she has been retired for some years. The cover of Domingo’s
set features his handsome face, with the silver hair more than any lines on his face identifying his
age. The Sills cover photo looks to come from the 1970s, with a blouse as full of ruffles as her
hair is brilliant and towering. The freshness of the performances inside the two sets, however,
prompts a different response. 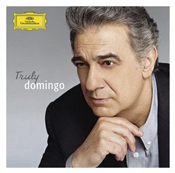 Domingo has always been praised, and rightly so, for his impeccable musicianship and handsome
tone. He is not a tenor to sob, stretch out climaxes, or glory in the top notes (seldom easy for
him). The booklet essay maintains that his greatest contributions came in Verdi, and each of the
two discs starts with several selections from that composer. Though always tasteful and
committed, in none of the more familiar selections does Domingo offer a strong individual
reading. His Duke in “La donna è mobile” has little swagger. His Alfredo in the act two Traviata
aria lacks an impetuous edge to the passion expressed. The “Di quella pira” feels tame, and much
too slow (under Carlo Maria Giulini’s baton). Only in the Otello selections, from the
Myung-When Chung set, does Domingo bring forth a solid interpretation. The two Puccini
selections, “Donna non vidi mai” and “Nessun dorma,” boast the rewards of Domingo’s warm
middle voice, but the tight top compromises the effect. Domingo would have been better served
with selections from the Mehta La Fanciulla del West set, one of the tenor’s stronger performances.

Disc one ends, after an ardent “flower aria” from Carmen and a slice of the Kubelik Oberon,
with Wagner, where Domingo’s handsome tone can pour out and his top is less often called
upon.

Disc two starts with some rarer Verdi, from the large DG set of a few years back covering all the
major Verdi tenor roles. In this lesser-known material, Domingo’s firm grasp of the melodic line
is much appreciated. Regrettably, the dramatic introduction to Luisa Miller’s “Quando la sere al
placido” is not included. Ending the set are some rather bland selections from a disc of
“spiritual”-themed music of a few years ago, and some much more enjoyable and idiomatic
singing of songs and zarzuela selections.

The Sills set features large sections from her complete opera recordings, and ends with a
wonderful potpourri of numbers with Charles Wadsworth accompanying her, from Schubert and
Handel to Arne and Adam. By the end of the second disc, a more through and detailed “Portrait
of the Artist” has been drawn than the Domingo set provides. In Manon and Lucia, Sills’s
soprano has a wonderfully brilliant lightness, yet the dark edges of each character also come
through . Then, in selections from her three Donizetti queens, she takes on a more dramatic
thrust, while maintaining her control of florid passages. These longer excerpts, featuring such
fine other singers as Shirley Verrett and Eileen Ferrell, provide time for a fuller view of the
dimensions of Sills’ s art than Domingo can convey in his aria-intensive overview.

Disc two opens with Ms. Sills’s sensual Giulietta from Les Contes d’Hoffman and then offers her
Baby Doe from Douglas Moore’s opera. Your reviewer is among those who find the music, and
especially the libretto, unfortunately dated and old-fashioned, but Ms. Sills does sound
impressively lovely in the “Willow song.”

The last half of the second disc is an uninterrupted stream of delights, with rare material, from
baroque to early classical era. The style pre-dates the onset so-called “historically-informed
performances,” but anyone who can resist the charm of Ms. Sills’s singing here is, well,
over-informed. A lively aria from Lehar’s Der Zarewitsch closes the set.

Domingo might have been better served by a different set of selections, but DG has done
wonderfully by Ms. Sills. For those who have had limited exposure to her achievements, Beverly
Sills and Friends deserves a strong recommendation.