Although
on face value the piece might serve as a cautionary tale against sharing any
adult beverages with your love interest du jour, the LA production
persuasively plumbed the work’s musical depths and romantic sentiments, and
made a loving Valentine indeed out of the mystic beauty contained in Wagner’s
finest Gesamtkunstwerk.

David Hockney’s evocative scene design is being seen in its second
revival, having premiered in LA in 1987. It remains quite a handsome and
effective production, well-maintained, and beautifully lit by Duane Schuler.
Indeed, the deceptively monochromatic look of many structural surfaces takes
the light exceptionally well, and the transformative powers of different
strong color filters created masterful delineation of the story’s quicksilver
moods. The judicious use of specials, area lighting and tight follow spots
heightened the shifting destinies of the principal characters.

A modern-art re-imagining of the structural elements of Act One’s ship
included a colorful, broadly striped raked deck receding with forced
perspective; wildly stylized sails and colorful draperies, akimbo in the
wind; and a chaise for “Isolde” that would not be out of place in a Picasso
cubist drawing. Act Two’s fateful garden featured a similar rake, with a
grove of trees receding at stage left, topped with cut-out boughs right out
of a Matisse scrapbook; and a rather more realistic fortress wall running the
length of stage right, the balcony of which looked to be “Juliet’s” famous
perch, borrowed from Verona.

The serene field in Act Three is arguably the the most fanciful structure,
rising on the upstage rake to include a sort of shapely “splashing wave” of
green meadow. A couple of well-placed field stones are framed by a large
cutout tree branch just behind the proscenium. All of this set was quite
colorless at first, commenting on “Tristan’s” coma, then catching fire in the
colored lights to great effect as his agitation mounts. 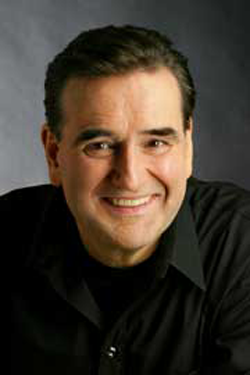 While all of this worked well enough, it has to be said that Mr. Hockney’s
highly individual decorative gifts did seem to root the visuals in an
artistic vocabulary of, well, twenty years ago. And, for all the imagination
that the set and lights embodied, the costumes were merely (though not badly)
Prince Valiant Standard Issue, albeit in faaaaaaaaaabulous colors. Our
heroine looked especially lovely in her deep wine gown — well, okay, okay,
with the sole misjudgment of plopping a squatty crown with clinging veil on
her head to meet “King Marke,” which had the dire effect of reducing her
visually, however briefly, to a pissed off Smurf.

Music Director James Conlon brought his considerable experience to bear
and led a richly detailed, rhythmically propelling, dramatically taut, and
downright lavish reading of this glorious score. To name but one superb
moment in an afternoon of abundant delights, the aching and longing of the
Act Three prelude has seldom been so deeply felt and profoundly affecting.
From those first familiar arching phrases and restless chords, he was in full
command of his forces, and shaped the proceedings with passion and
intelligence. 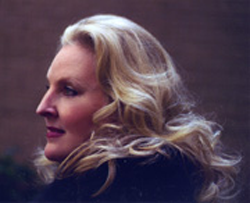 Balance with the stage was sometimes another matter, but only sometimes,
and then only when the principals were singing rapid declamation in their
lower registers. One such time was in “Brangaene’s” important exposition
where the beautiful cello solo, meant to be commenting, was instead
competing.

It must said that the Dorothy Chandler is a notoriously patchy house for
acoustics, and that Wagner himself was not always careful in balancing the
voice with the large band. Still, with that apologia comes the avoidable
reality that the poorly amplified chorus throughout Act I sounded as though
they were singing in the subterranean men’s room. Still, if I have heard this
luminous piece better-served instrumentally, I can’t recall when it was.

Of course, the supremely difficult vocal challenges of the title roles can
either be legend builders or more often, voice shredders. In any generation
we count ourselves lucky to find one duo that can encompass these
multi-layered demands. Happily, in LA, the ol’ Helden-Meter tilted decisively
to the success side with the committed portrayals and well-paced assumptions
by the experienced stage “lovers” of John Treleaven and Linda Watson.

The tenor really has a tougher time of it than the soprano, going from the
lengthy ecstatic outpourings of the Love Duet, right into the even lengthier
steady crescendo of Act Three’s delirious lament. Mr. Treleaven brought an
assured vocal presence, handsome enough demeanor, and tragic bearing to his
assignment. If he does not have Ben’s burnished tone, well, small matter, as
his rather bright sound was pleasant to listen to, and he could muster enough
heft for credible, audible dramatic statements. Not surprisingly, a bit of
fatigue crept into his extended death scene, but nonetheless he husbanded his
gifts and scored all the major points.

I first heard Linda Watson as DC’s “Bruennhilde” in “Die Walkuere” and my
impressions were largely confirmed here. Her “Isolde” was strongly and
musically sung with a warm voice of considerable amplitude, marked by a
generous vibrato that imbues each phrase with a very womanly presence. She is
a major league player in the Isolde Sweepstakes, and her “Liebestod” was
memorably delivered.

I did wish that she would not seek to pulverize certain climactic high
notes but rather just allow them to ring full out. The extra energy she
occasionally invests in these disparate top notes sends them fraying a
little, and finds them losing the focused core of the pitch. Too, in the
complicated and heated overlapping exchanges of the love duet, the tone at
top went a little strident at full tilt. Still, she is understandably
numbered among today’s very top interpreters of the Irish Princess, and the
audience was unreserved in their appreciation of her outstanding efforts.

Lioba Braun is a singer with a lovely sound, beautiful stage presence, and
wonderful musical gifts, but while I really like a little more bite in the
tone for “Brangaene,” her “Watch” was exquisitely sung, and a highpoint of
her portrayal. Juha Uusitalo offered a rather lackluster account of
“Kurwenal” in the first two acts; so much so, that I was unprepared for the
searing vocalism he brought to bear in his great scene in Act Three. Suddenly
I felt I wanted to hear this artist again in a larger assignment.

Veteran bass Eric Halfvarson brought all of his stage savvy and colossal
voice to the small role of “King Marke,” hitting every money moment squarely
on target. Gregory Warren was doubled as sweet-voiced “Young Sailor” and
“Shepherd.” In his few well-sung phrases as “Melot,” Brian Mulligan displayed
a gorgeous baritone and well-schooled (if not quite idiomatic) German.

What to say about Thor Steingraber’s stage direction? Generally speaking,
I found the blocking efficient at best, indifferent at worst. The love duet
especially is a hard nut to crack. I mean, with the orchestra in full
“Geschrei” the two lovers/soloists just simply have to — have to — sing
front. And so they did, but in wholly unimaginative placement and movement.
There was nothing terribly “wrong” with it. Just nothing “interesting” about
it either.

There were compensations: “Brangaene’s” indecision, and subsequent serving
up of the love potion was as clearly staged as I have ever seen it, and the
end of the “Liebestod” was inspired. Instead of “Isolde” drooping on poor
“Tristan” or just fading away, or just standing there (sorry Richard, neither
the text nor the music really help much in explicitly defining her as dying
of love), here our hero rose from the dead to join the heroine in the icy
blue lighting special, put his hands over hers which she had extended in
ecstasy, and then enfolded both of them in his loving final embrace. It was a
great solution, and one I can recommend to other producers.

Cupid’s arrow may or may not not find its mark this Valentine’s Day, but
luckily for me at least, LA Opera’s traversal of “Tristan und Isolde” has
almost totally fulfilled my seasonal romantic longings.