And yet it happened, and Handel’s 1744
oratorio Belshazzar with libretto by Charles Jennens was brought to
vivid and entertaining life by the veteran Handelian maestro, Sir Charles
Mackerras.

The real highlight was the singing of the Choir of the Enlightenment,
which could hardly have been better. Unlike many of London’s high-profile
professional choirs, they are selected on a concert-by-concert basis,
allowing casting decisions to be made with regard to which singers will be
right for the work in hand. The bright forwardness of the sound in their
opening chorus, ‘Behold, by Persia’s hero made’, was refreshing indeed,
setting the tone for the rest of the evening, and they performed with
impeccable ensemble throughout, with clear dramatic definition between their
various guises as the Babylonians, Persians or Jews. The chorus bass William
Gaunt delivered a particularly fine solo recitative in the tiny role of
Arioch. Only in the feast scene did the sound from the chorus sound too clean
and English, rather short on Babylonian debauchery.

Paul Groves sang the title role with a pleasant enough tone, but it was
rather monochromatic, and being primarily a Mozartian, he did not seem nearly
as comfortable or well-versed in the Handel idiom as his fellow soloists. He
was also the only one of the five soloists not to make any attempt at facial
and physical acting to complement his vocal performance; Belshazzar is, after
all, supposed to be a king, and a strong-willed one at that.

At the emotional heart of the oratorio is the struggle of Nitocris,
Belshazzar’s mother, to oppose the son she loves and allow him to be
conquered and killed by the invading Persians. Here we had the luxury of the
lovely, unaffected sound, intelligent characterisation and expressive vocal
colour of soprano Rosemary Joshua.

The countertenor Bejun Mehta was very strong but a touch strident as
Cyrus, the leader of the Persian army, while fellow countertenor Iestyn
Davies exuded calm and noble piety as Daniel, making a beautiful sound in the
process. Although Gobrias is only a small role, it was given maximum value by
the young bass Robert Gleadow, a graduate of the Royal Opera’s young artists’
programme, who delivered the almost pictorial falling scales of ‘Behold the
monstrous human beast/Wallowing in excessive feast’ with dramatic relish. 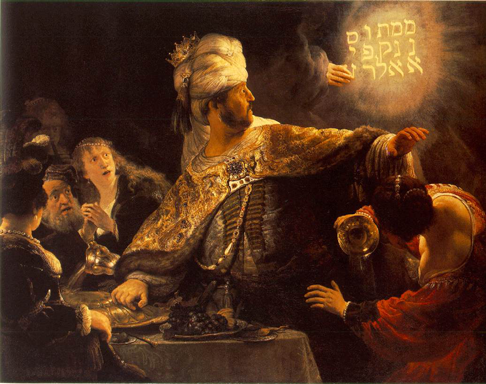 Mackerras conducted the Orchestra of the Age of Enlightenment in an
account of the score which was robust, energetic and taut. There were several
cuts ó some, evidenced by gaps in the numbering in the concert programme,
scheduled well in advance; others seemingly trimmed later in the day as there
were several numbers and parts of numbers printed in the programme but absent
from the performed version. In any case, it wasn’t only Mackerras’s brisk
tempi which made the concert fly by in a full half hour less than the
scheduled running time.