But, with the oft-exhumed sets now looking rather creased and crumpled, on this
occasion some of the sparkle seemed to have rubbed off. 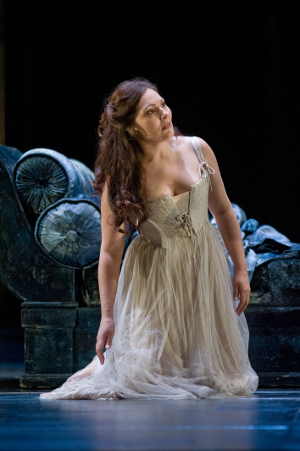 Dedicated to the late Sir Colin Davis (who conducted the premiere and the
most recent revival in 2011), this performance was at times disappointingly
lacklustre: the crescent moon gleamed and glinted, the sumptuous tableaux
impressed, the choreography was slick, but overall there was an absence of
simple youthful vitality and dreamy enchantment.

Conductor Julia Jones established some brisk tempi; she was perhaps a bit
too swift for her players at the start, for the opening three ‘knocks at
the door’ were rather messy, lacking in masonic authority and
imperiousness. Certainly there was tension and anxiety during Tamino’s
tussle with the serpent, but elsewhere Jones might have adopted a more
spacious, composed approach — for there the opera presents much farce and
fury but also sobriety and solemnity.

Reprising the role of Papageno, Christopher Maltman was in superb form,
relishing the physical and vocal humour and winning over the audience with his
mischievous appeal and essential good nature. Maltman’s duet with
Ekaterina Siurina (Pamina), ‘Bei M‰nnern welche Liebe f¸hlen’, in
which they reflect on the sacred duties and divine purity of marital love, was
one of the highlights of the evening — although it did unfortunately
expose Siurina’s somewhat unidiomatic German pronunciation alongside
Maltman’s immaculate diction. 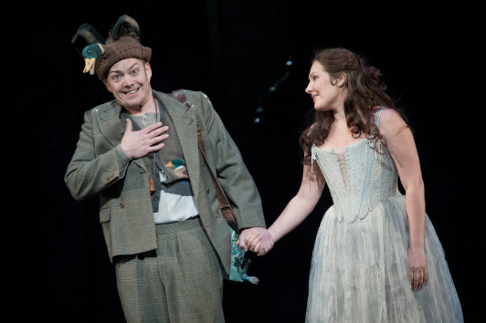 Christopher Maltman as Papageno and Ekaterina Siurina as Pamina

Siurina’s soprano is wonderfully rounded and rich — and she
possesses a similarly beautiful, touching pianissimo too, as she proved in a
deeply heart-rending ‘Ach, ich fuhls’. She can bring a characterful
glint to her voice, but to my ear the overall tone was a little too full for
the role and her stage persona rather too assertive and spirited.

The same was true of her Tamino, Charles Castronovo, who strode the stage
with the same confident ease with which he vocally assailed the melodic
heights; but, while his athleticism and purposefulness brought some expedient
dynamism to the production, surely Tamino is a prince learning his heroic craft
rather than a king who has already earned his stripes. After a slightly
hesitant start musically, Castronovo’s tone was gracious and dignified,
and his articulation of the text matched Maltman’s for clarity.
Technically secure throughout, his Act 1 aria ‘Dies Bildnis ist
bezaubernd schˆn’ was certainly ardent but a little lacking in youthful
freshness.

Albina Shagimuratova was a pitch-perfect Queen of the Night, dispatching the
coloratura extravagances of ‘O zittre nicht, mein lieber Sohn’ with
grace and buoyancy. Her effortless runs did not always convey the necessary
glint of latent malevolence, however, and she made a less striking dramatic
impact than one might have expected. ‘Der Hˆlle Rache’ was less
polished technically but the tone was still gleaming and sweet. 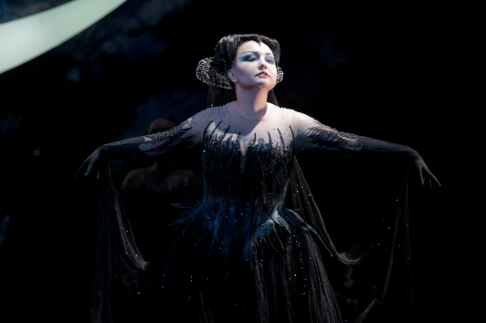 Albina Shagimuratova as Queen of the Night

As Sarastro, Brindley Sherratt, singing with rich lyricism and poise, was
suitably dignified but like Shagimuratova, at times needed more stage presence
and profundity. Peter Hoare deftly emphasised the hyperactive hypocrisy of the
villainous Monostatos.

The minor roles were all laudable with Sebastian Holocek a distinctive
Speaker, and David Butt Philip and Jihoon Kim commendable in the roles of the
First and Second Armed Man respectively. Susana Gaspar overcame the ugly
inaptness of her Essex-girl attire as a perky Papagena who wins over her
Papageno.

Overall, this production is beautiful to the eye and ear, but despite the
zippy tempi it felt rather weary; time has dulled the magic dust.