Written in 1974 for Dame Janet Baker, the sequence of eight songs sets text
drawn from Woolf’s A Writer’s Diary (a condensed version of the
diaries edited by her husband, Leonard Woolf), and adopts the model of
Schumann’s Frauenliebe and Leben, presenting reflections and
episodes spanning a whole lifetime. The intimate setting of the Wigmore Hall
was perfectly suited to establishing the necessary air of privacy, as the
audience ‘eaves-drops’ on the inner musings of the writer. In this
instance, the introspection of the vocal ruminations was complemented and
developed in readings and presentations between the songs of extracts from
Woolf’s letters, diaries and her novel, The Voyage Out.

These are hugely testing songs for both singer and pianist, and
mezzo-soprano Sarah Connolly and Julius Drake rose impressively to these
challenges. Argento’s sensitive settings of the complicated prose texts are
written in a densely motivic medium which combines tonality, atonality and a
lyrical serialism, and the score contains a multitude of precise performance
instructions. The passions and sensations conveyed are extreme, varied and
abruptly juxtaposed, reflecting the composer’s desire to convey a ‘wide
range of emotions yet whole and singular, something feminine but not hackneyed
sentiments’.

The first song, ‘The Diary’, presents a passage from an early diary of
1919. Already married to Leonard Woolf, the young writer had suffered a mental
breakdown in 1917 but subsequently resumed writing in the journal which she had
begun at 15 years-of-age, and Argento’s setting is tentative yet hopeful.
Above a sparse yet gentle accompaniment, Sarah Connolly’s opening tone row,
lyrically undulating and repeated throughout the song in the piano texture,
instituted a speculative mood, ‘What sort of diary should I like mine to
be?’, while Drake’s delicate piano interplay suggested the writer’s
internal thoughts. Connolly used colour to convey different ideas and feelings,
the slight pauses between the words ‘solemn’, ‘bright’ and
‘beautiful’ emphasising her fluctuating deliberations. At times, the static
vocal line and parlando style of delivery enabled the soprano to evoke
Woolf’s serene isolation, but she was ever alert for the more lyrical nuances
and arioso gestures, shaping the rising 7th of ‘mysteriously’
– as Woolf contemplates the way that thoughts revisited, though initially
unsettling, can strangely cohere – with beautiful delicacy.

The tranquillity was immediately shattered in ‘Anxiety’, where the
dissonance, wide-ranging dynamics, shifting meters and unrelenting rhythmic
vigour conveyed the writer’s inner turmoil. The piano’s agitated repetitive
pulsing propelled the fleeting song to its distraught conclusion, while the
right hand doubled Connolly’s unsettled vocal line with absolute rhythmic
precision. The frantic question, ‘Why?’, was repeated again and again,
building in emotional intensity as we were granted a transitory glimpse of a
mind in psychological distress.

‘Fancy’ presents Woolf’s initial conception of the novel, The
Waves (1931), the fragmented form reflecting Woolf’s ambition to write
‘prose which many of the characteristics of poetry. It will have something of
the exaltation of poetry, but much more of the ordinariness of prose’.
Argento responds to the text’s prosaic and mystical qualities; frequent
changes of meter and tempo create an improvisatory ambience as the piano
articulates a detailed motivic development of the principal ideas. After the
dream-like sweetness of the tonally stable introduction, Connolly boldly
declared with vocal pomp, ‘Why not invent a new kind of play?’. Her
deliberations once again musically underscored opposing feelings, the lyrical
triplet of ‘Woman thinks’ contrasting with the heavy ‘masculine’ tread
of the piano chords which accompany, ‘He does’. Similarly, a focused forte
for ‘They say’ diminished to a subtle pianissimo with the line ‘They
miss’. Connolly used a luxuriantly expressive lower register in the song’s
closing lines, painting the falling semitone in ‘Night speaks’ with an
evocative tint, Drake’s subsequent postlude – the juxtaposed tonal colours
a micro-version of the ‘interview chords’ in Billy Budd – supplying rich
but equivocal suggestions.

The performers ranged through similarly diverse, extreme musical and mental
moods in ‘Hardy’s Funeral’. The liturgical mood was launched by Drake’s
plainchant-like chords bare fifths, and sustained through the song as the
funeral service proceeded. Connolly suggested Woolf’s detachment from the
ritual, and her sarcasm – ‘One catches a bishop’s frown and twitch’,
before the appearance of the ‘over-grown coffin’ unleashed thick rolling
chords signifying both the grandeur of the public ceremony and the insincerity
of the melodrama. The unmeasured utterances of the final lines were poignantly
introspective, as the soprano conveyed the writer’s melancholy resignation:
‘and then a sense of my own fame … and a sense of the futility of it
all.’

The sights and scenes which had made an impression during Woolf’s travels
to Italy in 1935 were depicted in ‘Rome’, the spontaneous gestures of the
piano evoking the randomness of the recollections. Drake exploited the word-
and mood-painting to the full, the single word ‘Music’ triggering a
dance-like lilting motif, while Connolly’s sliding tritones suggested the
ear-grating squawk of ‘Fierce large jowled old ladies … talking about
Monaco’. Light irritation turned to a darker annoyance at the close, as the
writer, who scorned public garlands as false and meaningless, remembered ‘The
Prime Minister’s letter offering to recommend me for the Companion of
Honour’. A subtle pianissimo prepared for her reply: ‘No’ was stated
three times, the final brusque low semi-quaver muted yet resolute.

Having known personally the bitter grief of wartime bereavement, Woolf
recorded the anxiety and destabilisation which accompanied the approach and
commencement of World War II. ‘War’, which Argento describes as a ‘long
cadenza for voice’, was uncompromisingly concentrated. Connolly’s
unaccompanied soprano, focused and perceptively expressive, powerfully conveyed
the writer’s isolation and disorientation, the syllabic melody occasionally
flowering into melisma at key points. Drake provided the impressionistic
backdrop: a high, rapid repeating pattern evoked the shriek of falling bombs,
screeching plans and screaming sirens, while a pounding bass articulated a
menacing march, the latter forming in the final bars a tolling knell which
faded into the silence.

In ‘Parents’ (the text drawn from A Sketch of the Past (1939)),
Woolf recounts memories and wonders whether the events and experiences of
childhood have shaped the emotions of her adult self, fluctuating between
idealised illusion and disenchanting reality. The simple, lyrical ‘How
beautiful they were’, with its tender Finzi-esque harmonies, is repeated
throughout the song, indicating the writer’s thought processes; the
reminiscences of a world so ‘serene and gay’ initiate a waltz-like
accompaniment gesture. Connolly moved from reverie to more ecstatic
recollections, as she mused upon ‘the children and the little hum and song of
the nursery’ but a painful truth intruded. In low, static quasi-speech, she
rejected ‘introspection’. Drake’s final repetition of the ‘How
beautiful’ motif was similarly truncated, the incomplete and fragile dream
slipping once more into reality, and air of incomprehension poignantly
anticipating the final song and its tragic conclusion.

‘The Last Entry’ in fact sets text from the penultimate diary entry
before Woolf’s suicide in 1941. Drake’s rippling, syncopated chords
suggested the instability and inner conflicts of the writer’s mind, while
Connolly effectively emphasised the repetitions of ‘No’ (‘No. I intend no
introspection.’), in a manner evoking the mental distress of ‘Anxiety’
with its insistent questioning, ‘Why?’. A determined attempt to quell
fretfulness culminated in a surprising and unsettling silence, followed by
mundane reflections on the dinner that must be cooked. Connolly’s
ever-quieter repetitions of the impenetrable assertion that ‘one gains a
certain hold on sausage and haddock by writing them down’ conveyed the
troubling complexity of the words – she seemed to drift into a spell-bound
remoteness.

Woolf remarked Henry James’s instruction to ‘observe perpetually’ and,
thus fittingly, the song restates material from the preceding songs, most
powerfully in the final bars where the closing, yet inconclusive, lines of the
opening song are reprised, form perfectly complementing meaning: ‘I should
like to come back, after a year or two, and find that the collection had sorted
itself and refined itself and coalesced, as such deposits so mysteriously do,
into a mould, transparent enough to reflect the light of our life …’ 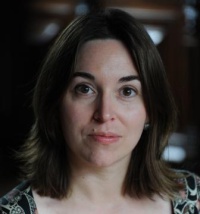 Presenting the biographical and literary extracts (selected by Dr Kate
Kennedy), actress Fiona Shaw illuminated the full range of Woolf’s moods,
attitudes and reveries. Sharp humour and flippant sarcasm were juxtaposed with
moments of melancholy and despair. And, emphasising the fact that Woolf’s
diaries were both a personal, private record and, often, a technical writing
exercise, Shaw moved from side- to centre-stage, now seated at her writing
desk, poised pen in hand, now addressing us directly, ‘performing’ her
text.

Shaw used her experience to modulate and modify her voice and, after the
first few spoken passages, overcame the resonance of the Hall and communicated
with clarity. Occasionally, however, as she slipped back into reverie and the
music resumed its narrative, Shaw threw away the closing words of the extracts,
where most meaning lay. More problematic was the fact that the spoken text
added a ‘dramatic’ dimension which is not present in the song cycle itself;
the latter emphasises the meditative solitude of the diarist and the singer’s
daydreams should come across as a sort of indirect free speech which we are
privileged to overhear. Indeed, Argento has himself suggested that ‘songs, I
feel, are meant to be “delivered in”, addressed only to the singer and not
“consciously” shared with the audience’. Shaw was at times too extrovert
and direct, her presentations ‘filling in’ and developing hints and
suggestions which are already ambiguously but satisfyingly intimated in the
music.

Woolf’s prose is inherently, and deliberately, ‘musical’ in its
rhythms, cadences and sounds, as she sought to replicate in language the
perceived effects of music: ‘After all we are in a world of imitations; all
the Arts that is to say imitate as far as they can the one great truth that all
can see. Such is the eternal instinct of the human beast; to try and reproduce
something of that majesty in paint, marble or ink. Somehow ink tonight seems to
me the least effectual method of all – music the nearest to truth.’

In this impressively composed and moving performance, Drake and Connolly
certainly allowed and enabled the music speak for itself, consciously crafting
the constant interplay between voice and piano. It was a typically
thought-provoking and accomplished conclusion to the Perspectives
series.