This barebones, stripped-down production had less to do with the
performances and more with the process of mounting an opera as an art form in
itself. For the weeks leading up to the performances, the rehearsal room was an
art exhibition in which curious art-seekers were encouraged to wander in and
out of rehearsals, observing the exciting and at times arduous process of
preparing an operatic production for an audience.

Upon first glance, the Whitebox Art Center does seem to lend itself as more
an exhibition space than a performance venue. With blank white walls and
gallery lighting, the only suggestion of a stage was a runway-like platform
above the folding chairs that made up the audience seating area. However, the
excitement in the room was tangible as R.B. Schlather made a pre-performance
announcement welcoming the audience to take photos during the performance,
especially if they posted the photos with hashtag “Orlando” on their
respective Instagram or Twitter accounts. 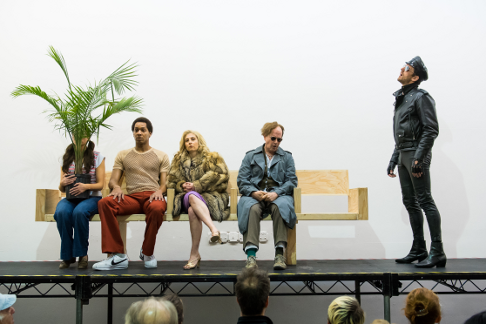 Schlather’s production proves how unnecessary a multimillion dollar set
budget can be when committed performers take the stage. Geoffrey McDonald
conducts with energy and precision, eliciting an authentically Baroque and
highly musical performance from an excellent orchestra, with Elliot Figg
playing elegantly on the harpsichord. Drew Minter, playing the title role,
sings with extraordinary musicality and fine coloratura, while managing to
express Orlando’s madness without ever bordering on the cartoonish. Kiera
Duffy (Angelica) shines in her second act arias, particularly while expressing
her loss of control as her situation grows increasingly dire. Brennan Hall
(Medoro) has a full voice with a strong upper register, and sings with
heartbreaking sincerity.

The show-stoppers are baritone Hadleigh Adams (Zoroastro) and soprano Anya
Matanovic (Dorinda). The audience tingled with excitement every time Hadleigh
Adams stepped onstage, whether he was donning a Leather Daddy suit, a Santa
costume, or a too-small pair of underwear and nothing else. Adams manages to
use his gorgeous instrument with ease and beauty even as
he is put under the strains of outlandish costumes or unusual staging. His
movement is deft and cat-like, and his sound production never suffers even as
he maneuvers the stage with the agility of a seasoned dancer. 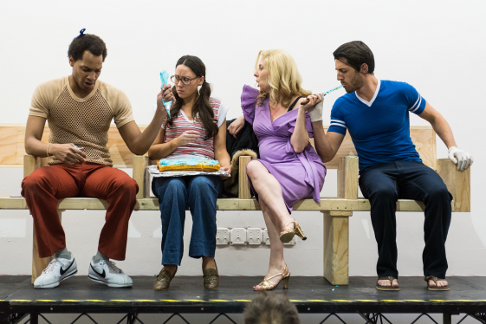 Anya Matanovic has an enormously resonant voice that moves with lightness
and agility while preserving its fullness. Her sound filled the entire room at
all points in her register and during all her movements, even when facing the
wall or with her face obscured by a prop. Her aria, “Amore Ë qual vento”
was brilliantly and deftly performed, even as Matanovic pulled off a Sandra
Dee-style transformation from innocent shepherdess to a woman empowered by her
own sexiness.

This excellent cast offers Schlather the opportunity to employ outlandish,
even ridiculous staging and production ideas. This ridiculousness does not
detract from the performance; in fact, Schlather manages to play on the
conventions of opera very well in a way innovates even while tipping a hat to
the traditions of opera seria. He recognizes the inherent sexuality in
much of the libretto and music, and works this insight to his advantage. His
singers offer unafraid, impassioned performances that speak to Schlather’s
ability to demolish the barriers of propriety and politeness that seem to
plague much of traditional operatic performance. 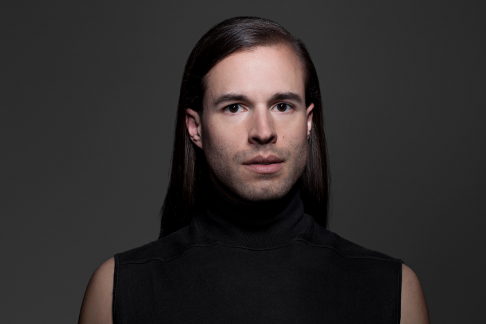 At times, this desire to entertain caused certain production choices to
distract from crucial musical moments; in particular, the appearance of
Zoroastro onstage clad only in a small pair of underwear seemed ill-timed with
one of Orlando’s grandest and most complex arias. However, other moments
worked very well, such as a poignant moment during Angelica’s second act aria
in which Medoro spray paints his lover’s name on the back wall in bright
orange spray paint. The name of the game for Schlather is experimentation, and
for the most part, his boundary-pushing is inventive and intelligent.

Perhaps the most appealing aspect of Schlather’s Orlando is the
opportunity to sit back and enjoy excellent classical music without the fear of
boredom or discomfort. The stage manager rollerblades onstage in plain view of
the audience to carry out some lighting cues. There’s free wine at the door.
During the intermission, audience members can peek into the backstage area as
they make their way to the restrooms. Gone is the idea that opera is stuffy or
is an art form only enjoyed by a strict code of rules. Instead, Schlather
offers an artistic performance that innovates while preserving the highest of
musical excellence.