Audience members packed into the church hall at the Church of the Covenant on
East 42nd Street to witness the spectacle of a small, emerging
company taking on one of the grandest operas in the
common repertory.

While not a traditional performance space, the production team managed to
make this small church hall feel much like a genuine theater. Creative lighting
placement added to the authenticity of the theatricality, and while the set was
simple and unchanging for the duration of the opera, it was beautifully
designed and offered a basic backdrop for the action of the opera. The
stadium-style set suggested a metaphor oft-utilized in many previous Carmen
productions — that Carmen and Jose are but two sparring members of a
bullfighting ring. 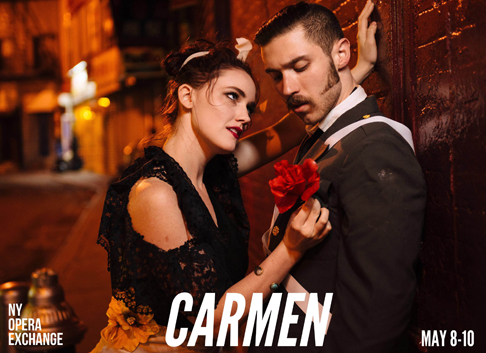 Indeed, the entirety of the production existed in the realm of the
traditional, taking very few liberties that might have contributed to a more
creatively imagined Carmen. At the same time, the production found its
strength in remaining traditional. The costuming was temporally nebulous and at
times inconsistent, but in general costume designer Taylor Mills offered
beautiful displays of craftsmanship, in particular with Micaela’s and
Carmen’s attire. The score was well-preserved, with few cuts. This allowed
for the audience to experience beautiful music often missing from productions
by smaller companies, particularly the chorus numbers, which shimmered in this
production, especially those sung by the female chorus.

The orchestra was on the same level as the audience, but partitioned to
create a semblance of a pit. There are few things more pleasing than the
opportunity to hear a full, unreduced orchestra; however, in this case, the
orchestra provided proof that bigger is not always better. The orchestra, under
the baton of music director Alden Gatt, grew increasingly ragged throughout the
night, with some notable moments of unraveling that were obvious even to the
untrained ear. Intonation and rhythmic problems were rampant throughout the
night, while dynamics and musical variation were sorely underutilized. Gatt
appeared at times oblivious to the breathing needs of his singers, forcing the
singers into some awkward phrasing choices. There were moments of beauty,
however, which hinted at the potential of this orchestra with some polishing,
particularly during the overture and entr’acte. 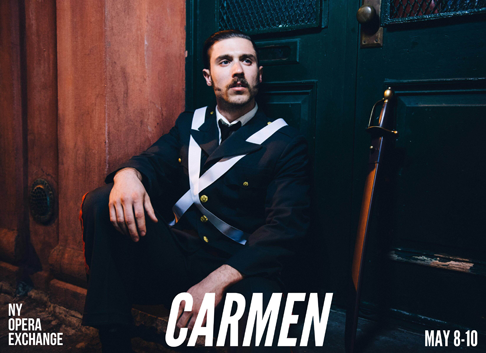 It is to the credit of the fine group of singers that they managed as well
as they did. The ensemble of singers struggled against a languid orchestra to
stay on the beat, but they pulled it off admirably, especially in the jaunty
smuggler’s ensemble at the close of Act II. The vocal talent was remarkable
and the strongest element of NYOE’s Carmen. Avery Amereau (Carmen)
has an effortlessly rich mezzo-soprano voice worthy of any professional stage
in the industry, with the charisma to match. Victor Starsky’s Don Jose is
terrifying and compelling, with a voice that performs vocal acrobatics with
strength and beauty that remains undiminished through his final line. The
scenes between Amereau and Starsky were electric like nothing else in the
opera, both vocally and dramatically. The ensemble scenes sagged beneath banal
and stiff staging, but vocally, each singer shone with professionalism and
artistry. Of the smaller roles, Kate Farrar (Mercedes) stunned with a
remarkably rich mezzo-soprano sound, while Kaley Lynn Soderquist (Micaela)
soared through her high range.

Despite the kinks in this production, New York Opera Exchange is onto
something, which is bringing together a community of artists, entrepreneurs,
and culture-seekers. Artistic Director Justin Werner manages to infect others
with his enthusiasm through sheer force of charisma and passion. Only four
years old, New York Opera Exchange has serious potential to grow in excellence
and artistry, and this vibrant production of Carmen suggested the
beginning of this budding future.