However, it does make for a terrific night of madcapopera
buffa as proven during Manitoba Opera’s 2015/16 season-opener of
Mozart’s Le Nozze di Figaro ( The Marriage of Figaro).

Last staged by the 43-year old company in 2006, the four-act opera buffa
based on Lorenzo Da Ponte’s Italian libretto is regarded among the top 10
operas performed worldwide. The three-hour plus production directed by MO
newcomer Brent Krysa featured the Winnipeg Symphony Orchestra led by Tadeusz
Biernacki (who also prepared the Manitoba Opera Chorus), as well as a dream
team of accomplished Winnipeg-born sopranos.

The first of those is Andriana Chuchman, whose skyrocketing career has
already taken her to the Metropolitan Opera house as well as seeing her gracing
the stage with fabled Spanish tenor Pl·cido Domingo during her LA Opera debut
this fall. An equally compelling actor who last appeared on the MO stage in
2011, Chuchman crafted a radiant Susanna with her Act III aria “Deh, vieni,
non tardar” particularly showcasing her luminous, soaring vocals. 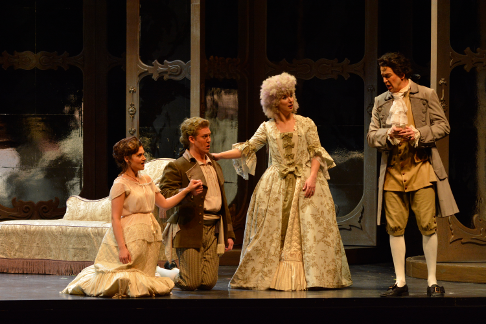 Charismatic local soprano Lara Ciekiewicz continues to prove her gifts as a
natural stage chameleon, able to crack viewers up one moment with her razor
sharp comic timing before breaking their hearts the next with her soulful
performances — such as her MO debut as slave girl Li˘ in
Turandot last April. Her two solos as the Countess Almaviva: “Porgi,
Amor,” matched only by her later mesmerizing “Dove sono I bei momenti”
did the latter, as she revealed the complex emotional underbelly of her deeply
conflicted, all-too-human character. 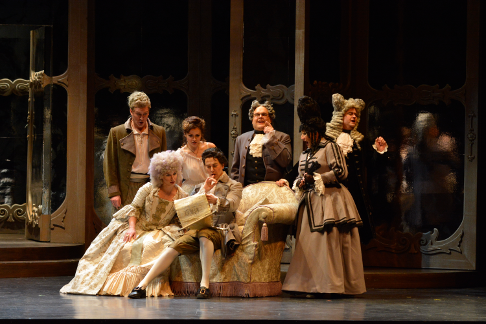 A highlight proved to be seeing now Toronto-based colouratura soprano
Anne-Marie MacIntosh, a recent graduate from the University of Manitoba’s
Desautels Faculty of Music marking her impressive MO debut as Barbarina. This
rising star made every minute of her relatively short stage time count,
including delivering a riveting “L’ho perduta, me meschina” under a starry
night sky.