While there, she was the recitative accompanist for new productions of Mozart’s Don Giovanni and Le nozze di Figaro. She has curated recital series at both the Vienna State Opera and Houston Grand Opera. Last year she joined the faculty of the University of Michigan as that school’s first Coach and Conductor of Opera. She will conduct Cosi fan tutte there in March 2016.
MN: Kathleen Kelly, does one call you Maestra or Maestro?
KK: I prefer Maestra. Either word means teacher. When I was studying, the convention was to call every conductor “Maestro.” “Maestra is what you call your elementary school teacher!” said one of my mentors. Well, not if that teacher is a man! In my opinion, that old convention was a way of saying that men should not be teachers of little children, and women shouldn’t be on the podium. Old sexism was reflected in the language, but the language itself doesn’t make the sexism. The Italian word for teacher is a noun that shows gender, nothing more. And my gender is female, so I’m proudly Maestra Kelly.
Classical music is an inherently conservative art that preserves the music and traditions of former times. Maybe that is why change is so slow in our profession. But change does happen! I remember when I was ten years old, my Lutheran Church in Northfield, Minnesota had its first female pastor. I remember all the talk, pro and con, about her. Such a controversy—and now, a generation later, female pastors are everywhere. Classical music is slower than the Lutheran Church. Wrap your head around that!
MN: Tell me about how you got started as a musician.
KK: Growing up in Northfield was such an important part of my musical life. The first great music I heard was from the St. Olaf Choir. I loved its sound quality and the expressive way the singers used words. We moved to Phoenix, Arizona, when I was a junior in high school. After that, I attended Arizona State University from which I received my bachelor’s and master’s degrees in piano performance. I feel fortunate to have gone to college in the nineteen eighties when tuition was low. To support myself, I had the usual array of freelance piano gigs, voice lessons and church jobs. I always found myself drawn to work with singers. 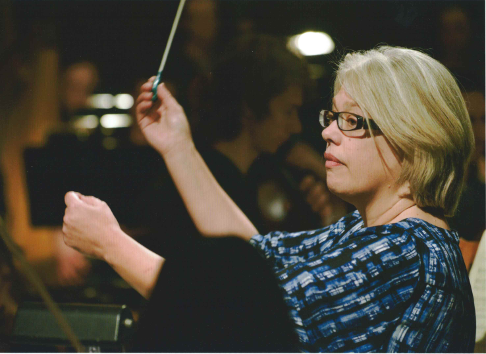