‘Great fatigue and disappointment, affected him so much, that he
was this Spring struck with the Palsy, which took entirely away, the use of
4 fingers of his right hand; and totally disabled him from Playing: And
when the heats of the Summer 1737 came on, the Disorder seemed at times to
affect his Understanding.’

Amid such strife, Berenice was first performed at the Covent
Garden Theatre in London on 18 May 1737, under the direction of
Handel’s assistant John Christopher Smith. It was Handel’s
worst flop. It is possible that the composer did not attend any of the four
performances given before the run closed. After this Handel travelled to
Aix La Chapelle to find a cure for his paraletick disorder. The
opera was never revived although Handel plundered the score for several
later works, including the Music for the Royal Fireworks which
made use of the Sinfonia to Act 3 (which was not performed here at St
George’s Hanover Square). 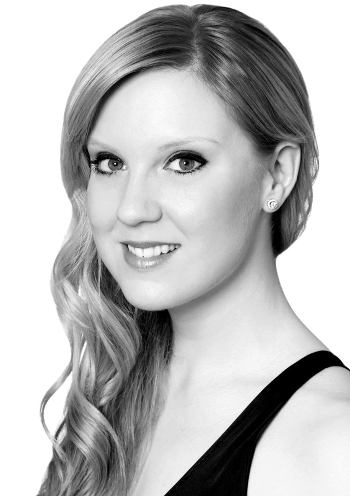 The opera, based on the life of Cleopatra Berenice, daughter of Ptolemy
IX, presents a typical seria erotic entanglement — though
the usual quadrangle of thwarted lovers is further complicated by an
additional fifth loser-in-love (thus leaving one spouse-less aristocrat at
the close). Berenice loves Demetrio but, for the good of her country, she
is advised to marry Alessandro, Prince of Rome. When he is introduced to
Berenice, by Fabio, it is love at first sight for Alessandro, but Berenice
is not so keen. The Roman prince is told that if the Queen won’t have
him, then he’ll have to marry her sister, Selene, but the latter
loves Demetrio with whom she is plotting to overthrow Berenice. Berenice
tells her sister she must marry the besotted Arsace. The ensuing romantic
stalemate threatens to erupt into war between Rome and Egypt. Berenice, in
turmoil, orders Demetrio’s decapitation. After entreaties from all,
and Alessandro’s declaration that he will not exercise his right to
claim Berenice as he wants her to love him freely and not under coercion,
she relents and decides that she does love the noble Alessandro after all.
Demetrio is freed and a double wedding is planned, leaving only Arsace
unloved and un-partnered.

If Antonio Salvi’s 1709 libretto wasn’t complicated enough,
then Handel’s truncation of the text resulted in inconsistencies and
non sequiturs which render the plot pretty unfathomable. But,
David Bates and La Nuova Musica, together with a fine cast of
young soloists, gave us a rare chance to hear a live performance of the
work, and they made a credible case for the opera despite its uneven
musical merits and the frequent nonsensical plot turns.

Berenice is certainly melodious, and the Queen has the
lion’s share of the arias. In the title role, Charlotte Beament
produced quite a steely tone at times — suggestive of regal
bite – yet was also able to access lots of colour. The soprano
coped well with the angular lines of the opening aria, ‘Co, che
servire altrui’, acting effectively with the voice; and, after such
rigid determination — Berenice will not have her romantic affairs
dictated by others — Beament introduced a softness and warmth in some
of her later arias, such as Act 2’s ‘Sempre dolci ed
amorose’, which is essentially a bare-faced declaration to Demetrio
that ‘I like you when you’re angry’! She captured the
conflicting emotions of ‘Traditore, traditore’ —
though she didn’t quite pull of the final trill; and Act 3’s
‘Chi t’intende?’, with its beautiful oboe obbligato (presumably
designed to showcase Giuseppi Sammartini’s oboe playing),
demonstrated Beament’s vocal stamina. The solemnity of
‘Avvertite, mie pupille’ effectively conveyed the crisis in the
Egyptian Queen’s heart.

Counter-tenor Michal Czerniawski showed dramatic discernment in crafting
the character of Demetrio. The simplicity and lucidity of his Act 1 aria
‘No, soffrir non può’, in which voice and cello engaged
in relaxed exchanges, revealed a well-rounded tone and unforced upper
register. Czerniawski’s lovely sweet arioso at start of Act 2 —
part of one of Handel’s more successful sequences, and one which was
well paced by Bates — gave way to disappointed envy in the heightened
coloratura of ‘Su Megera, Tesifone, Aletto!’, the phrases of
which were intelligently shaped. Czerniawski’s countertenor has a
dramatic edge, as was apparent in the nimble vocalism of
‘Sì, tra i ceppi’, a volatile aria di bravura which
revealed the voice’s brightness and strength.

As Alessandro, Anat Edri displayed a clear spinto, forming a
pleasing contrast with Beament. Edri sang with lightness and agility; she
negotiated the coloratura confidently though she occasionally pushed the
voice a bit hard, risking a dash of stridency, and she ‘threw’
her voice somewhat recklessly at the upper notes of the large leaps of the
Act 2 aria in which Alessandro refuses to accept Berenice’s hand if
it offered in fear not love (‘La bella mano’). Edri did,
however, show judicious restraint in the use of vibrato in the Act 2 arioso
in which Alessandro indulges in abstract reflections on love.

Emma Stannard was a superb, dark-toned Selene, displaying
pleasing evenness and warmth. Her Act 1 aria, ‘Penso,
timor’, conveyed the spirited princess’s emotional turbulence
and Stannard achieved continuity of line through the short motifs and
frequent rests. She produced stylish trills in the Act 2 finale ‘Si
poco e forte’ which concluded with a delicate playout from La
Nuova Musica. In ‘Tortorella che rimira’, Stannard crooned
beautifully in imitation of turtle doves, above teasing string pizzicatos;
but she was also able to negotiate the demands of the fioriture
with confidence.

Some of best singing of the evening came from Christopher Turner, as
Fabio, the Roman messenger; the tenor demonstrated great range too. There
was both humour — the buzzing bees were embodied by the
violins’ deliciously delicate triplets — and gentleness, in the
relaxed, curving phrases of ‘Vedi l’ape che ingegnosa’,
whose beauty ironically undercuts the courtier’s advice that Berenice
should love for gain and not for pleasure. And the tenor injected some
ardency in the B section of this aria, foreshadowing the impressive vigour
of ‘Guerra e pace, Egizia terra’ in Act 2, in which Fabio sets
out his country’s ultimatum: peace or war.

In the bass role of Aristobolo, Tim Dickinson underscored the higher
roles effectively, although his appealing bass was not always even across
the range. Arsace was sung very competently by counter-tenor Timothy
Morgan; the part lies quite low but Morgan demonstrated flexibility in the
coloratura — impressively off-score — and in Act 1’s
‘Senza nutrice alcuna’, Handel’s accompaniment was often
helpful. In Arsace’s Act 2 aria, ‘Amore contro Amor’,
Morgan produced a clear sound and true intonation in the coloratura
roulades.

The opera is lightly scored — perhaps financial straits
necessitated orchestral austerity — and there are no parts for brass
and percussion. The leanness of the string writing was emphasised further
by the use of just one player per part here, and the strings were
supplemented by oboes and continuo. La Nuova Musica played with
clarity and agility — noticeably in the poised first movement of the
Act 1 Sinfonia — although occasionally the sound was a bit
bottom-heavy. In the buoyant fourth movement of this Sinfonia, the players
emphasised the variety of dynamics and made most of the major/minor
contrasts.

Bates had a good sense of the dramatic rhythm and structure. The
recitative felt swift but not precipitous ­ and there were some
dynamic exchanges. At times the continuo was appealingly expressive —
as in the exchange in Act 1 between Arsace and Selene, in which the latter
pretends to have feelings for the besotted prince, and in Demetrio’s
Act 2 reflections on Selene’s imagined faithlessness: here, the rich,
dark theorbo emphasised the harmonic piquancy and led to deft, scurrying
instrumental gestures in the ensuing — and rare — accompanied
recitative.

Salvi’s libretto was sub-titled, ‘The Contest of Love and
Politics’: ‘Ill-begotten politics’ are the ‘Tyrant
of the affections’ so Aristobolo tells us. The feisty sisters refuse
to be Roman Emperor’s marital poker chips and its conflict all the
way until the final duet, where the two voices of Beament and Edri
intertwined enchantingly. Bates and his team made a good effort to capture
the prevailing ‘darkness’ — which is only alleviated in
final chorus when the ‘rivalries of politics and love have
ended’ — but I felt that some of the opera’s wicked
mischief failed to shine through. There was an attempt to bring the concert
performance to dramatic life: entrances and exits were made from different
directions and the soloists moved around — Berenice’s first
aria was delivered from pulpit, emphasising her regal imperiousness. The
opera may lack a ‘sure fire hit’ number, and it was hard to
feel much interest in the characters’ fates, but there was much to
enjoy.