Last night’s Rosenblatt
Recital (25 February 2016) at theWigmore Hall was shared by the American
tenor Bryan Hymel (known for his
performances as Aeneas in Berlioz’ Les Troyens at Covent Garden and
his disc Heroique of French 19th century heroic opera arias), and the
young American mezzo-soprano Irene
Roberts (who will be singing the title role in Bizet’s Carmen with
San Francisco Opera and Deutsche Oper Berlin this year). The two singers were
accompanied in a programme of RVW, Wagner, Gounod, Mascagni, Berlioz and Bizet
by pianist Julius Drake. The programme
opened with Bryan Hymel singing RVW’s Four Hymns for Tenor, when he
and Drake were joined by viola player Krzysztof
Chorzelski , then Irene Roberts sang four of Wagner’s Wesendonck
Lieder. Bryan Hymel then gave us Ah! leve-toi, soleil! from
Gounod’s Romeo et Juliette and Mamma, quel vino e generoso
from Mascagni’s Cavalleria rusticana, with two excerpts from Bizet’s
Carmen to conclude the programme.

One of the fascinating things about Rosenblatt Recitals is the way the
series places opera singers in a concert context, and showcases their
repertoire choices when moving away from operatic drama. Bryan Hymel’s choice
of RVW’s Four Hymns for Tenor was an intriguing choice indeed. The
work is an early one, written in 1911 shortly after the Five Mystical
Songs and partaking of the same aura of mystical rapture. We are used to
hearing the work sung by classic English lyric tenor voices but Hymel has shown
that his voice has the refreshingly old-fashion combination of narrow-focus
power with remarkable flexibility. For all the big bright sound in at the
opening, Hymel was able to bring his tone down and give us moments of lower key
intimacy. This was quite a big boned performance, and Hymel was finely matched
by viola player Krzysztof Chorzelski and pianist Julius Drake. However Hymel’s
performance seemed a little constrained and score-bound (it was the only work
of the evening where he sang from the score), and it perhaps was not the ideal
work to open the programme. For all the inward quality which he brought to it,
the performance did rather miss the sense of mysticism that these songs need.
However Hymel did give the music a very intense presence. 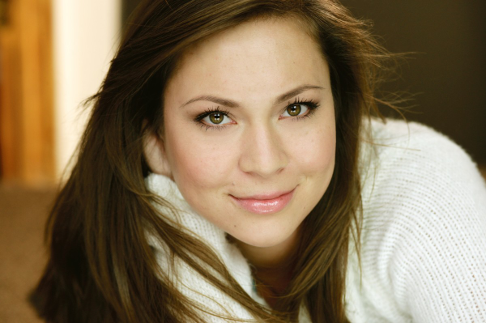 Next, Irene Roberts sang four of Wagner’s F¸nf
Gedichte f¸r eine Frauenstimme (Wesendonck Lieder); she missed
off Im Treibhaus, one of the two songs which Wagner labelled ‘Studie
zu Tristan und Isolde’ (studies for Tristan and Isolde). The five songs should
probably not be regarded as a song cycle, Wagner wrote them over the period of
a year (1857-1858) and the present order of the songs was only fixed by the
publishers, Schott, in 1862. However it was a shame that we missed the perfumed
Tristan-esque exoticism of Im Treibhaus, and thankfully we were
treated to it as an encore at the end of the recital.

Irene Roberts has a big, bold, dark-hued mezzo-soprano voice and is already
singing Kundry in Parsifal and you suspect that other large dramatic
mezzo-soprano roles will come into her repertoire. At this stage in her career
though, she seemed to need something of a guiding hand from a director, as her
performance of the Wagner songs was impressive and finely correct without
really exploring the spark of erotic romantic languor. You felt that Roberts
needed to relax somewhat and revel a little more in the wonderfully rich sound
she was making. Instead this was a performance which impressed rather than
seduced. Der Engel was beautifully done but too literal, and needed to
be a bit steamier. Stehe still! was intense and vibrant, though
Roberts sound occasionally verged on the wild. You sensed that with the right
direction she could be a really exciting performer and in Schmerzen
she brought a lovely dark tone to bear. For the opening of Tr‰ume
Julius Drake gave us an object lesson in how to bring out the Tristan-esque
subtlety of this music, playing with flexibility and seductiveness, with great
care of the space between the notes. Roberts performance however, though
intense and inward, was a bit too soberly serious.

Bryan Hymel opened the second half with Romeo’s Ah! leve-toi,
soleil from Gounod’s Romeo et Juliette. Romeo is nowadays a role
sung mainly by tenor with voices of a more lyric cast, but in the 19th century
the great Polish tenor Jean de Reske used to perform Romeo and Tristan in the
same season. Hymel sang without music and seemed far more relaxed, and at ease
than in the first half, and this showed in his performance. He demonstrated
that it is perfectly possible, bringing his flexible yet big bright sound to
bear on Gounod’s music and showing us how the lyricism of the aria can be
combined with a thrilling sound, concluding with a fabulous top note.

He followed this with more conventional dramatic tenor repertoire,
Mamma, quel vino e generoso, Turiddu’s emotional leave-taking from his
mother in Mascagni’s Cavalleria rusticana. In a vibrantly upfront
performance of classic Italian verismo repertoire we notice the relative narrow
focus of Hymel’s voice compared to more recent Italian tenors. But this also
meant that the performance had a lovely intensity and flexibility, combined
with a strong sense of character and superb tone quality.

Irene Roberts sang Marguerite’s D’amour l’ardente flammme from
Berlioz’s La damnation de Faust. Roberts showed a fine sense of
control in a powerfully intense performance. Her French was nicely correct but
she didn’t really make enough of the words and in the more passionate moments
her diction slipped. Overall I really wanted a little more sense of risk and a
suppleness in her account of the role.

Finally we had two extracts from Bizet’s Carmen. First Bryan Hymel
sang La fleur que to m’avais jetee from Act Two, in which he
demonstrated how ideal he is in this type of repertoire. Singing with finely
expressive French and allowing the language to colour his tone in a way that
most Italian-trained singers do not. He combined power and suppleness in ideal
proportions. This and the Gounod made me wish that Hymel’s repertoire choices
for the recital had perhaps focussed on this area more.

Finally Hymel and Roberts gave us the whole of the final scene from
Carmen. Granted we missed the off-stage chorus somewhat, but Julius
Drake’s piano went a long way to supplying that element of the drama. In this
scene the dark intensity of Roberts voice really came into its own, and that
strong, sober intensity made Carmen’s ‘Non, je ne t’aime plus!’ really count.
And she was finely contrasted with Hymel’s wonderfully ardent and brightly
intense Don Jose. I have to confess that I had been hoping for something a
little more unusual in the recital, but this scene demonstrated a fine sense of
style combined with powerful drama.