Brian Mulligan is an amazingly busy young singer. Over the last sixteen months, he performed ten new roles with major opera companies. One of his most important debuts was as Jack Torrance in the world premiere of The Shining by Pulitzer Prize-winning composer Paul Moravec and librettist Mark Campbell at the Minnesota Opera. At San Francisco Opera, Mulligan sang Sweeney in Sweeney Todd, Enrico in Lucia di Lammermoor, and the dual roles of Roderick Usher in a double bill of Gordon Getty’s Usher House and Claude Debussy’s La Chute de la Maison Usher (The Fall of the House of Usher). He also appeared at the Metropolitan Opera as Paolo in Simon Boccanegra with Placido Domingo in the title role and James Levine conducting.
Q: Did you grow up in New York or Ireland?
I was born in America, but my father was born in County Leitrim, Ireland. I got the dual citizenship mostly because I am proud of my Irish heritage and enjoy celebrating that. It took about a year to get all of the necessary paper work together which had to include my parents’ original baptismal certificates, but I finally got my Irish passport. I’ve been going to Ireland all of my life, and have a lot of family there. I grew up in upstate New York, however, in a little village called Endicott.
Q: When did you begin to study music?
I did not begin studying piano until college, but when I was a small child, my grandfather taught me to play the Irish fiddle. I was pretty good, too! I don’t play anymore, but perhaps I will take it up again someday.
Q: When did you see your first opera?
I saw my first opera in the fourth grade. We went on a field trip to see Rigoletto at TriCities Opera in Binghamton, NY. I remember wondering, who were the real people up there on the stage? Who were those opera singers in real life? I liked the music. I enjoyed the show but I remember being most fascinated by the duality of the singers’ lives onstage and off. I wanted to know how a regular person could end up on a stage making all of those foreign, beautiful sounds. 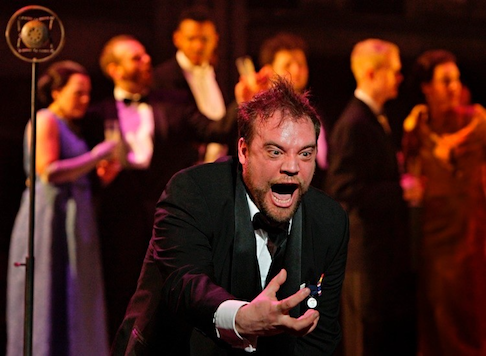