Excellent singers rounded out the cast. This closing concert of the
Concertgebouw Saturday Matinee serie also served as a thrilling early course at
the Holland Festival (HF).

You have to admire how HF reignites seminal masterpieces with a relevance
for modern and young crowds. Besides the concert performance of
Wozzeck, this edition also reintroduces audiences to
Shakespeare’s Macbeth in a multimedia take from Brazil and to
Haydn’s Die Schöpfung by René Jacobs with his
B’Rok Orchestra and Collegium Vocale Gent together with a cinematic
component.

Berg adapted Georg Büchner’s 1837 incomplete play
Woyzeck nearly word for word, and created an atonal sound world while
referring to late-Romantic composers like Mahler. Berg’s compositional
imagination connects fifteen simple, episodic scenes spread over three acts.
Wozzeck is the poor everyman. Constantly challenged, the better-off Captain and
Doctor belittle him, and his wife cheats on him with the Drum Major. In the end
Wozzeck kills her, goes mad and drowns under a red moon. It’s poignant,
compact in intensity, and utterly gripping.

According to Florian Boesch, Wozzeck is the best opera written. In a recent
radio interview he described how the “genius pairing” of Buchner
and Berg a century ago resulted in this extraordinary piece. As the lead, he
impressively portrayed the agitated character of the poor man. With whispers
and bellows, his voice resonated in Stenz’s dense orchestral texture.
Sometimes Grigorian overshadowed Boesch with her powerful volume, but most of
the time Boesch’s Wozzeck was a triumphant win. 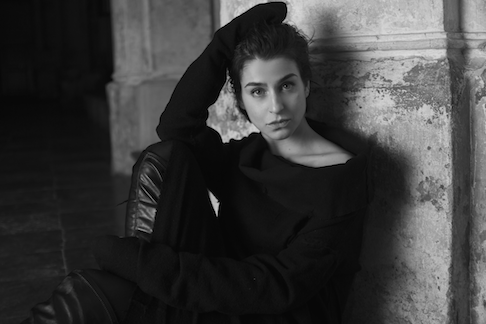 Vocally the stage belonged to Asmik Grigorian. A superlative performance in
which she revealed her great range bending from rarified high notes in loving
and honest moments, to darker low tones for her cynically phrased
Sprechgesang. Her silver-plated voice dynamically phrased Berg’s
text with great expressive effects. The brilliance to her powerful volume
conquered the Concertgebouw. Stenz, Boesch, Grigorian previously presented this
piece on stage in Cologne, where it was highly appreciated. Today you could
tell everyone knew what they wanted out of each other, leading to this special
musical chemistry.

Without any stage burden, the singers could focus on Berg’s atonal
acrobatics. As Marie’s friend Margaret, Cécile van de Sant’s
thick vibrato contrasted beautifully with Grigorian. Endrik Wottrich impressed
with his deep resonance as the Drum Major, while Peter Tantsits included a
sense of desperation in his Andres in his compelling moments with Boesch.
Thomas Piffka (Captain) and Nathan Berg (Doktor) injected their characters with
the necessary nasty disdain towards Wozzeck.

As he harnessed the Concertgebouw acoustics, Stenz elucidated the details in
Berg’s score. At one point Berg’s fascinating fugue passed by with
great transparency. Even though the singers stood before the orchestra on
stage, the volume and density overpowered the voices, but always briefly till
Stenz adjusted the balance. While Boesch had some problems with this at the
beginning, he later amped up his volume–as if it was nothing– and increased
his presence.

For the military parade Marie listens to from afar, the musicians relocated
downstairs in the lobby, generating an effectively distant sound effect.
Towards the end of the second act, guitar and accordion brought out the folksy
moments during the Inn scenes. Brass produced moments of fierce brilliance,
while at other times creating a soft, shimmering red glow. A particularly
extraordinary viola solo haunted, the celesta contributed alien dimensions.

The Netherlands Radio Choir produced lucid passage with great power. The
National Children’s Choir added an icy chill to the ending, when they
(including Marie’s child) sang with an angelic sound about Marie’s
death, eventually running off to go see the dead body. Highly unsettling!

Besides the extraordinary musical experience, Wozzeck also offered
enough to contemplate. In the first scene, Wozzeck declares a moral life
difficult to sustain for a man without means. Is this true? As this laden
question focuses on the poor man’s despair, with Berg’s opera
Holland Festival certainly taps into the zeitgeist of economic inequality and
public discontent.

You can see the webcast of the performance here.