For Emilia Marty is much more than a diva. She’s the embodiment of a universal life force that transcends time and place. Emilia Marty is one of Jan·?ek’s
Dangerous Women (read more here) who live life to the full
and change those around them, and who symbolize freedom. Yet, ultimately, freedom comes at a price. 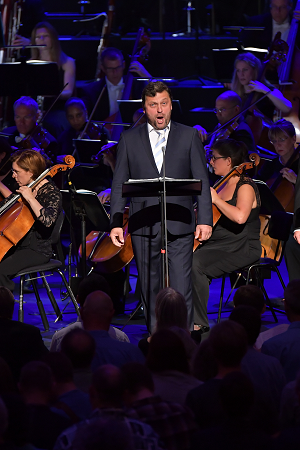 
The Overture opens like an expansive panorama. Belohl·vek’s generous style suggested warm, glowing colours, adding richness to Jan·?ek’s energetic rhythms,
underlining the contrast with the claustrophobic litigation that’s drained the Prus and Gregor clans for centuries. Tense, jerky figures in the orchestra.
The lines of Dr Kolenat˝ (Gust·v Bel·?ek) are long and ponderous; Mattila’s timbre is lustrous, but she’s astute enough to make Emilia Marty’s short, sharp
lines bristle, but suddenly softens gently. She knows more about the forebears of Albert Gregor (Aleö Briscein) than he does. Mattila’s emotional range is
as extensive as her vocal range: her singing was extraordinarily subtle. In the Second Act, Mattila manages to convey even more complex feelings. She’s
tender towards Baron Prus (Svatopluk Sem) and his son Janek (Aleö Vor·cek). She understands what Emilia Marty must have felt when she sees how Kristina
(Eva äterbov·), the aspiring young singer, fancies Janek. But there’s still something in EM that drives men mad. “Ha ha ha”, she laughs, as if she didn’t
care. 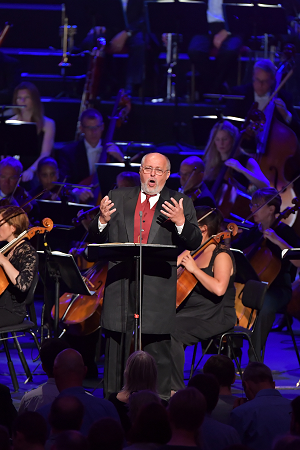 
The point cannot have been lost on Jan·?ek himself. whose best years came late. Significantly, Count Hauk-äendorf (Jan Jeûek) is written for the same Fach
as the protagonist in The Diary of One who Disappeared, which marked the composer’s true creative breakthrough. Hauk thinks Emilia Marty is the
girl he loved 50 years before, a gypsy, an outsider beyond the pale of polite society. “I left everything behind, everything with her”. The song cycle, the
opera and the composer’s private life are thus linked. Kamila Stˆsslov·, Jan·?ek’s muse but not mistress, was also a “chula negra” (a dusky beauty). Hauk
sings “It’s an ugly business, being old” and wants to run off to Spain with Emilia, since making love keeps you young. Emilia packs her bags, but Hauk’s
doctor intervenes. Hauk’s been insane since he lost his gypsy. Like Emilia, he laughs in hollow, mechanical tones, more tragic than funny.

This throws sinister light on the scene in which EM reveals her past, as Elian Macgregor, as Eugenia Montez, as Ekaterina Myshkin and as Elina Makropulos,
whose father invented the potion that’s kept her young for 337 years. That’s the “V?c Makropulos”, the formula that disrupts the natural cycle of life. The
opera ends with a kind of Mad Scene, where Jan·?ek’s music explodes into manic, yet oddly logical frenzy. To EM, the explanation makes perfect sense.
Trumpets blare, the tuba howls, the strings whizz like demons. Emilia blasphemes. “You believe in humanity, in greatness, in love!”, she sings, “There’s
nothing more we could wish for!”. A small chorus (the men of the BBC Singers) appeared, singing responses in a parody of a Mass. Mattila’s too good to
screech but manages to show how EM unwinds, like a broken toy. She wants Kristina to take the formula, and be famous. But Kristina is much too down to
earth to fall for it.

JirÌ Belohl·vek was Chief Conductor of the BBC Symphony Orchestra for many years, concurrently with his role as Chief of the Czech Philharmonic Orchestra,
which he brought to London earlier this year for Jan·?ek Jen?fa. (Read my review here.) 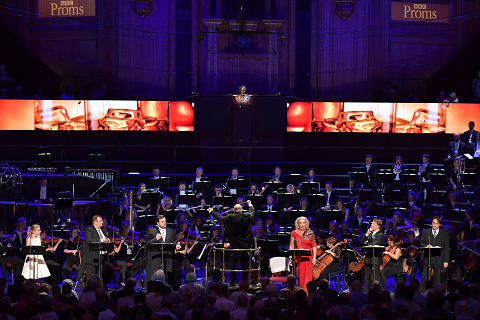 The BBC SO rose to the
occasion for this Prom, welcoming Belohl·vek with wonderfully lively playing. They learned much in their “Belohl·vek Years” and haven’t forgotten. His
rapport with his singers and players was almost palpable. None of us will make age 337, but the message, as such, is not so much how long you live but how
well you live. As Jan·?ek wrote to Stˆsslov·, after attending the Karel ?apek play on which the opera is based, “We are happy because we know that our life
isn’t long. So it’s necessary to make use of every moment, to use it properly”. Belohl·vek is looking frail these days, though his conducting is still full
of fire. As I watched, I thought how wonderful it was to be able to hear him again. I hope he realizes how much he’s appreciated!