The finalists for this year’s award, the 62nd, included singers
from the UK, the Commonwealth, Europe, the US and beyond – and only one of
the six competitors for the £12,500 First Prize was a woman. But, at the
Wigmore Hall, on Finals Night, standards were high, programmes were varied,
and the musicianship on display, from singers and accompanists alike,
promised much for the years to come.

One thing that struck me was the importance of each singer’s programme
selection. Admittedly, for this last stage of the competition the finalists
have fairly free range: their programmes must not exceed 20 minutes, must
contain at least one English song and must present a balance between opera
and song. And, performances in the preceding rounds are taken into account;
so, the interloper at the concluding stage is perhaps not the best equipped
to essay a judgement about ‘losers and winners’. But, those singers who
impressed most were those whose chosen repertoire demonstrated both an
appreciation of their own innate musical leanings and strengths, and a
balance and range which intimated an ability to meet the technical and
communicative demands of the successful professional careers which
hopefully lie ahead.

The sole female competitor, Nigerian-American soprano Francesca Chiejina –
a current member of the Jette Young Parker Young Artists’ Programme at the
Royal Opera House – displayed deep and rich colours to convey the
indignation of Handel’s jealous sorceress, Melissa, in ‘Il crudel
m’abbandona’ (Amadigi di Gaula) and the grief-obsessed weariness
of Debussy’s ‘Il pleure dans mon coeur’ (Tears fall in my heart). The
latter was complemented by Dylan Perez’s plangent piano ‘tears’. But, her
sequence was dominated by the emotive timbre and assertive power of Edward
Boater’s arrangement of the spiritual hymn, ‘I want Jesus to walk with me’
and Gershwin’s ‘Summertime’, two songs which conjured not dissimilar
contexts and sound worlds – even down to the lazy chromatic slithers in the
accompaniments. In a

, Chiejina has spoken of how she looks up to the American soprano Mary
Violet Leontyne Price and her late compatriot Marian Anderson, admiring the
duo for shattering racial barriers not just in the US, but also beyond in
the world of opera, and her programme presumably reflected her belief that
‘what is about the people should be for all the people. Classical music is
very relatable and approachable … and I want everyone, especially young
African children, to believe it so’. Chiejina concluded with Richard
Strauss’s ‘Ich liebe dich’ in which, as in the Handel and Strauss, the
soprano sometimes struggled to centre the pitch and control her vibrato,
though she displayed plenty of power and passion.

Strauss had opened the evening’s proceedings, with Catalan tenor Eduard Mas
Bacardit’s rendition of ‘Nichts’ (Nothing). It’s always an additional
challenge to take to the platform as the first competitor, and – for the
inexperienced visitor to the Wigmore Hall – to judge the size and acoustic
of the full auditorium. Here, and in de Falla’s ‘Olas gigantes’ which
followed, Bacardit sounded a little tense, the phrasing somewhat
unyielding, the tone at times lacking in tenderness. The English text of
Britten’s setting of Thomas Hardy’s ‘A time there was’ ( Winter Words) was not clearly communicated; Bacardit’s head voice
was a little unsteady and the swift tempo and Perez’s weighty piano chords
created a strenuous, rather than poignant, mood. However, I had admired
Bacardit’s performance in the GSMD’s production of

last autumn, and he once again characterised spiritedly in Verdi’s ‘De miei
bollenti spiriti’ (La traviata), and captured both the bewildered
disillusionment of ‘No puede ser!’ (It cannot be so!) from Pablo
Soroz·bal’s zarzuela La tabernera del puerto and the delicate
sentiments of Fernando Obradors’ ‘Del cabello m·s sutil’ (From the finest
hair) from the Canciones cl·sicas espaÒolas.
Hugo Wolf’s ‘Abschied’ (from Mˆrike-Lieder) confirmed Bacardit as
a real stage performer. 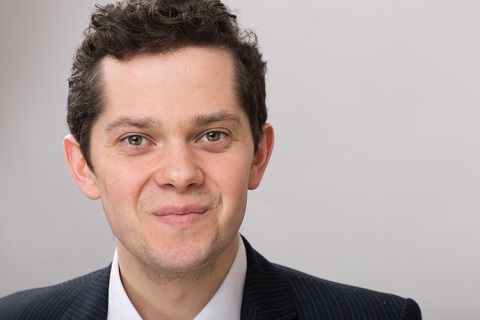 James Way was the other tenor in the final, and he really impressed me with
his assurance, crystal clear and expressive diction, light but focused
tone, and ability to subtly alter the colour and weight of a phrase. After
a genial, engaging account of Schubert’s ‘An Silvia’, Mozart’s ‘Ah! qual
gelido orror … Il padre adorato’ (Idomeneo) revealed Way’s ability
to communicate character and dramatic situation with immediacy and
directness, and a sure vocal technique which enabled him to make Idamante’s
somewhat breathless perplexity and filial love credible. He was ably aided
by Natalie Burch’s crisp, busy accompaniment. In Handel’s ‘I must with
speed amuse her’ (Semele), Way demonstrated a strong appreciation
of the idiom: the tenor had the vocal strength to truly sing through the
line, ornamentation of the da capo was light of touch and clean,
and excitement was generated by textual repetitions. This vocal prowess was
capped by a charming presence and good eye contact with the audience. Way
concluded his programme with Britten first Canticle, My beloved is mine, and here his excellent diction was a real
asset, as was his comprehension of the dramatic form and progression of the
work. Changes of tone and mood were convincing, as the canticle moved from
barcarolle to recitative, from scherzo to slow coda. The second stanza’s
expression of fulfilled love – ‘and after long pursuit,/ Ev’n so we joyn’d;
we both became entire’ – was impassioned by vibrant freedom of the
melismatic vocal line and the new energy propelled by the piano’s tumult.
There was a peace at the close, ‘He is my Altar; I, his Holy Place’, which
had a divine ambience. Way was awarded Second Prize.

With only one soprano among the six finalists, it was left to
Wisconsin-born counter-tenor Patrick Terry to provide some registral
balance. He began his programme, accompanied by pianist Somi Kim, with
Judith Weir’s ‘Sweet Little Red Feet’, a setting of John Keats which forms
one of the movements of The voice of desire (2003) which all
present conversations between humans and birds. In this setting, the bird
is in fact dead (‘I had a dove and the sweet dove died’), smothered, it is
implied, by too much affection. This is a challenging song, both
technically and musically, with which to begin, but Terry gave a confident
and accomplished performance, his countertenor full and warm of tone, the
pitch secure throughout the difficult vocal lines even though little
assistance is offered by the piano’s dramatic rhetoric. Terry’s performance
of ‘L’enamourÈe’ (The loved-one) by Reynaldo Hahn was one of the highlights
of the evening: there was a real sense of rapture as ThÈodore de Banville’s
poetry flowered from sparse gentleness to rich delight: ‘Tu t’Èvielles
ranimÈe,/ O pensive bien-aimÈe’ (You waken, restored to life,/ O meditative
beloved’). The exquisitely smooth phrases enticed the listener; the lines
were nimbly flexible but contoured with total control. I found Gluck’s ‘Che
faro senza Euridice?’ marred by a little too much vibrato and the
intonation was less consistent, though Terry again revealed his ability to
craft a delicious diminuendo and pianissimo. We were back in modern times
for the final work of the programme, Jonathan Dove’s ‘Dawn. Still Darkness’
from his 1999 opera Flight, which was delivered with
characteristic intensity. Terry was awarded the Song Prize. 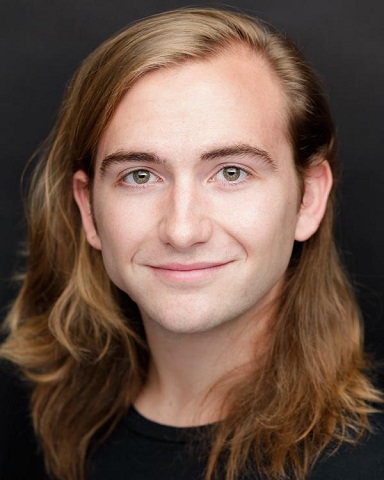 Two baritones completed the line-up. I thought Daniel Shelvey
over-stretched himself a little in his programme choices. Altering the
order of the published sequence, Shelvey began with Richard Strauss’s
‘Heimliche Aufforderung’ (Secret invitation) and demonstrated dramatic
presence and a beguiling tone to equal that which impressed me when he sang
the role of Damyan in the GSMD’s premiere of Julian Philips’ The Tale of Januarie in February this year; but, the baritone
needed to sing out more and do more with the ardent text to match the
rapturous ripples in Perez’s accompaniment. And, Shelvey didn’t quite have
the power and swagger for Don Giovanni’s ‘Fin ch’han dal vino’ (Until the
wine …), sounding a little pushed even though the tempo was not breakneck,
and struggling to stop the pitch wavering in the blustering exclamations. I
liked the darker colour he found, however, for the refrain of Tchaikovsky’s
‘Don Juan’s serenade’, the second of two of the composer’s 6 Romances which Shelvey performed (the other being ‘None but the
lonely heart’). 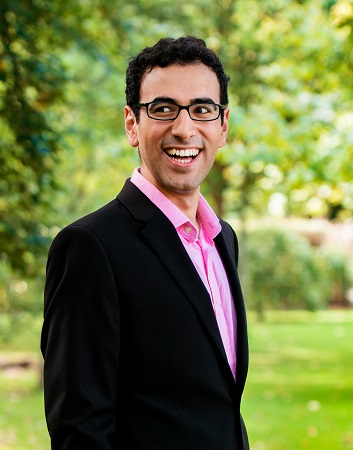 Both baritones included Billy Budd’s ‘Look! Through the port comes the
moon-shine astray!’ in their programmes. Shelvey revealed a quasi-tenorial
brightness at times, and found stillness and calm towards the conclusion.
New Zealander Julien van Mellaerts used his head voice judiciously,
balanced quiet unfolding with emotional enrichening, and captured the
strangeness and indeterminacy of this operatic set-piece, in which time
seems to stand still. Here and in his opening item, Berlioz’s ‘Mab, la
reine des mensonges’ (Mab, queen of delusions) from Rom Èo et Juliette, van Mellaerts cut an assured figure on stage, and
sang with an open, engaging tone. His pianist, Gamal Khamis, danced lightly
through the intricacies of Berlioz’s accompaniment. There was a lovely
earnestness to Quilter’s ‘Go, lovely rose’ – just the right side of whimsy.
The German texts of Wolf’s ‘Liebchen, wo bist du?’ (Sweetest, where are
you?) and Schumann’s ‘Mondnacht’ (Moonlit night) were compellingly
delivered, while in the latter composer’s ‘Der Contrabandiste’ (The
smuggler) from Spanisches Liederspiel the baritone demonstrated
the muscularity and vitality of his voice. Van Mellaerts was a worthy
winner of the First Prize. Khamis was awarded the Accompanist’s Prize.

No doubt we’ll be hearing much more of all these performers in the future.