For his largest and longest work to date, Sirens, Swedish composer
Anders Hillborg has turned to Homer’s account of Odysseus being bound to
his ship’s mast so that he might hear the eponymous enchanters’ song but
resist its lure – and thus avoid the fate of the shipwrecked sailors who
have been enticed to their doom on the rocky coast of the sirens’ island.
Commissioned by the Los Angeles Philharmonic and first performed in 2011, Sirens was receiving its UK premiËre in this Prom the theme of
which was heroics on the high seas.

Homer does not name his sirens but he does give their number as two, and
Hillborg’s work is scored for two solo sopranos, mixed chorus and large
orchestra. The roles of the mantic temptresses, who with increasing
desperation attempt to mesmerise Odysseus with their song, were taken by
Swedish sopranos Hannah Holgersson and Ida Falk Winland, who recorded Sirens with the Royal Stockholm Philharmonic Orchestra, Swedish
Radio Choir and Eric Ericson Chamber Choir, conducted by Esa-Pekka Salonen,
on the BIS label in 2015. Here, the sopranos were joined by the BBC
Symphony Orchestra and Chorus under the American conductor James Gaffigan,
who was making his Proms debut.

It’s always tempting to identify what is described as a ‘Nordic’ sound –
what we imagine as a musical embodiment of the cool stillness and
spaciousness of the landscape – and Hillborg’s spectral whispers, chord
clusters, sustained harmonies and minimalist gestures might encourage one
to use this label. We hear weeping winds; strain after the highest-lying
violins; feel dark, unearthly tremors.

Hillborg has stated that the challenge was to create music that was
simultaneously irresistibly beautiful and unnervingly menacing. Certainly,
both the sensuous and the uneasiness deepened with the entry of the chorus
whose floating cries and whistles reverberated around the hall. Time and
movement seemed suspended, as if we were falling into a void. Textures
would accumulate, as the sound mass seemed almost to tremble; then an
individual instrumental voice would pierce through, a ghostly presence. A
high ringing ‘whine’ was produced by the percussionists’ fingers, sliding
along the edge of two glasses. 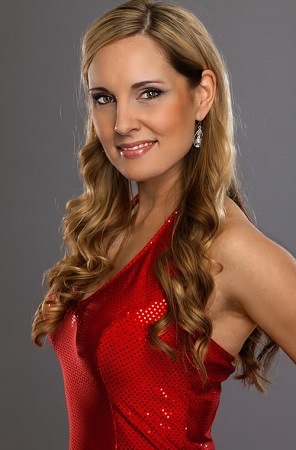 Winland took the higher of the two solo parts, her soprano rising above the
massed sound with crystalline purity and sheen, but Holgersson’s lower
lying melodies communicated with equal impact and strength, and the two
singers’ voices blended persuasively.

There is no doubt that Sirens is intoxicating. I felt like
Odysseus himself, hypnotised and compelled to submit to the sonic beauty of
Hillborg’s score. The dreamlike ambience is dangerously destabilising:
are the voices Odysseus hears real or imagined?

What was less satisfying was the absence of any definition in the delivery
of the text – essentially this was wordless vocalise – with the result that
the work had no clear narrative character, though Gaffigan did convey the
musical structure’s sense of accumulating danger. Moreover, the text is a
combination of Homer, translated into English, and Hillborg, but the
latter’s anachronistic contributions sit uncomfortably against Homer’s
poetry: ‘Breathe them, hear them, plunge into them. Drown in their
sweetness, We’d love to turn you on.’

At the end of Homer’s episode, the sirens declare, ‘No life on earth can be
hid from our dreaming … We will take you to the crack between the worlds’. Sirens drifts ambiguously into silence: has Odysseus sailed on,
and the defeated sirens perished, or has he succumbed?

The concert opened with the swashbuckling swagger of the overture of Erich
Korngold’s score for the 1940s classic film The Sea Hawk in which
Errol Flynn played ‘Geoffrey Thorpe’, the fictional Elizabethan privateer
who commanded marauding raids against the Spanish fleets to fill the
coffers of the English treasury. (At the time, commentators noted parallels
between the film and the contemporary political situation: with Hitler-like
condescension, King Philip of Spain declares that he will only cease his
conquests when the entire world is under his dominion, while the
Elizabethan courts policy of appeasement raised similarities with
Chamberlain.)

The sea stories after the interval came courtesy of Rimsky-Korsakov’s Scheherazade in which Gaffigan drew stylish, disciplined playing
from the BBCSO. But while the rhythmic lilt was persuasive, and the colours
clearly defined, I expected the oriental rhetoric to be delivered with
rather more flamboyance, as the music swept through Sinbad’s exploits on
the open seas and the swirling Festival of Baghdad. The brassy climax was
fittingly rousing, though, after which the solo violin brought the
evening’s story-telling to a close and the ship returned home to calm
waters.