During the next four years, this was where Schumann composed many of his
important compositions, including the three string quartets and the ‘Spring
Symphony’. In the first year of their marriage alone, the Liederjahr, over 150 songs tumbled from Robert’s pen, expressive
of his love for his new wife, and his happy hopes for their future
together.

As Clara gained renown as a concert pianist – alongside bearing eight
children and managing the household finances – Robert’s reputation as a
composer, and as editor and publisher of the New Journal of Music
(Neue Zeitschrift f¸r Musik) which he had founded in
1834, flourished. In autumn 1840, the journal published an extensive
article about musical life in Leipzig during the winter of 1839-40:


‘One must confess that in this Leipzig, which nature treats so
shabbily, German music blooms to such a degree that – without seeming
immodest – it can easily compete with the richest and largest fruit-
and flower gardens of other cities. What an abundance of great works of
art were produced for us last winter! How many distinguished artists
charmed us with their art!’

The Schumanns’ home became a meeting place for such artists – composers,
poets, writers, performers – from all parts of Europe. Many of these visits
were described in a journal, the Ehetagebuch (marriage journal),
in which, alternating weekly, the couple kept a record of their daily
activities and of their emotional lives. They noted their thoughts about
the music they studied, played, composed and heard, and composed ‘character
studies of significant artists with whom we are in close contact’. The list
of distinguished guests included Fanny and Felix Mendelssohn, Hector
Berlioz, Franz Liszt, FrÈdÈric Chopin, Johannes Brahms, Richard Wagner,
William Sterndale Bennett, Heinrich Heine, Hans-Christian Andersen, the
pianist/composer Adolph Henselt, and the young pianists Amalie Rieffel and
Harriet Parrish, among many others.

In October 1840, Clara wrote to her friend Dr Adolf Keferstein,


‘We have so many musical pleasures now that our life is truly blissful.
[Bohemian composer and pianist] Moscheles was here last week … and we
gave soirÈes in our homes. It was a frantic time, something different
every day. Now he has gone and we are awaiting [Norwegian violinist]
Ole Bull about whom I am very curious.’


Surely there can have been no other residence in Leipzig from which so much
music poured. 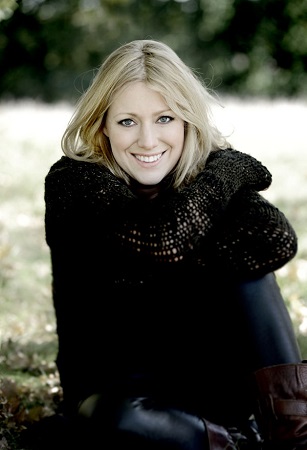 
(seen at Wilton’s Music Hall in 2016), took us into Poppe’s
coffeehouse in Leipzig, where Robert Schumann and Clara Wieck became
engaged; interweaving original text and songs by both composers, Armitage
allowed Robert’s and Clara’s ‘voices’ to be heard directly, their struggle
for self-expression embodied in song.

Now, Sophie Bevan and Julius Drake have prepared a

which will to transport us from the Middle Temple Hall to 1840s Leipzig:
specifically, to an imagined concert party at the Schumanns’ home, at which
the hosts and a selection of their celebrated guests will be each
represented by four songs.

Sophie Bevan explains to me that the recital programme was proposed by
Julius Drake, who curates the Temple Song series, ‘Julius Drake and
Friends’: “Julius asked if I’d be interested, and I was keen to
try it as I wanted to learn some new songs; songs that may be less
well-known by very famous composers.” When I ask if there were any
particular songs that ‘spoke’ to her most powerfully, Sophie’s delight in
these new songs is immediate and infectious: “Not really! They are all wonderful songs, and each has a particular ‘something special’
about them. That’s why I think they’ve been chosen. Each song needs to
speak to the audience on first hearing!” 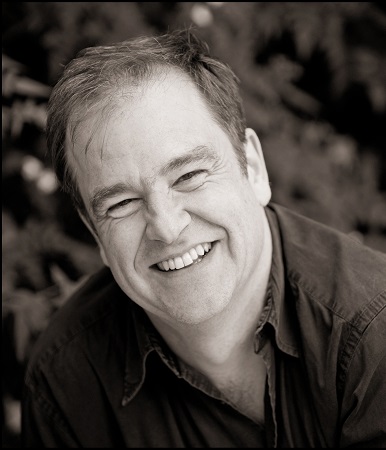 But, while Clara bravely defied her father’s wishes to marry Robert, she
was less forthright about her own music, writing before her marriage, ‘A
woman must not wish to compose — there never was one able to do it’. Perhaps she was disheartened by her husband’s remark, when she
commented on his music: ‘You are wrong, little Clara?…?If you think you
could do it better, that would be as if a painter, for example, wanted to
make a tree better than God.’ Fanny, Felix’s older sister, persisted with
her compositions but was similarly dissuaded from publishing her work by
her brother and father.

Sophie tells me that this is the first time she has sung songs by these
nineteenth-century women: “It’s been very challenging learning it all. I’m
hoping I’ll get to perform them all again and again. It’s always hard
learning a brand-new programme and making it your own. As for Fanny’s
and Clara’s songs, they are beautiful and intelligent and every bit the
equal of their male contemporaries’ songs. Felix Mendelssohn was even known
to pass off Fanny’s songs as his own. I suppose if people sang them more
often, then they would more likely to become part of the mainstream lieder
repertoire. I know I will certainly ask my future students to learn them.”

I ask Sophie is she feels that the songs are expressive of the character of their
composer: “I think the individual language (the harmonic language and the
style of song-writing) is discernible in the four representative songs of
each composer. They’re naturally all different. I ’m not particularly
trying to communicate character (in the sense of the individual composer at
the imagined concert party) – just trying to let the beauty and style of
each composer speak for itself.”

So, on Monday evening we will enjoy songs by another of the pioneers of
Romanticism, FrÈdÈric Chopin. Robert Schumann, who was born in the same
year, followed Chopin’s progress from afar, but in October 1836, the two
men spent, in Schumann’s words, an ‘unforgettable day’ together when Chopin
past through Leipzig. Sophie remarks that the four songs by Chopin pose
further new challenges: “I’ve never sung in Polish before and it’s totally
different from anything I’ve done before. So many consonants to fit in a
very short space of time!”

Berlioz and Robert Schumann had corresponded throughout the late 1830s and
early 1840s, about performances of Berlioz’s music in Leipzig and the
Euterpe Society of Leipzig’s awarding of their Diploma to Berlioz in March
1838. In 1840 the Neue Zeitschrift began to republish articles by
Berlioz which were appearing in Paris journals. However, the first
meeting of the two men did not take place until January 1843, when
Mendelssohn invited Berlioz to Leipzig. When he visited the Schumanns’ home
on 27 February, Berlioz was unwell; Clara reported that she found him
‘cold’. Perhaps, as they had no shared language, the Schumanns and
Berlioz found it easier to communicate through the music that was
undoubtedly on that occasion.

In 1839, Robert published his first essay on Franz Liszt – a review of the Grand Ètudes, which had been composed two years earlier –
in which he suggested that Liszt’s virtuosity outshone his compositional
talent. But, in imagining the …tudes in performance, Robert evoked
sublime, magisterial imagery to convey Liszt’s power in harnessing the
titanic forces present in the music, and he professed himself to be eagerly
anticipating the day when Liszt might perform these …tudes in
Leipzig. When Liszt eventually gave his first Leipzig recital, in 1840,
Schumann pronounced his achievement to be superhuman: ‘He played like a
god.’

I wonder if any of the songs that Sophie and Julius are to perform might
seem to be ‘in dialogue’ with each other? “Not intentionally, by the
composers themselves; however, I often like to create some sort of
narrative in my mind to help with the learning process. For instance, maybe
a path through a character’s life involving new love, then pain and
suffering etc.”

There is certainly much love, pain and suffering in the Benjamin Britten’s
opera, Gloriana. In April, Sophie will take the role of Lady
Penelope Rich, in a new production by David McVicar in

– the first time Gloriana has been performed in the city –
conducted by Ivor Bolton, the Musical Director of the Teatro Real. Sophie
is “looking forward to being in Madrid again – a wonderful city and opera
house. I love singing Britten and can’t wait to have a new role under my
belt. I have no idea what David McVicar is planning for this production, or
what challenges he will have in store, but as far singing the role is
concerned, so far, it seems pretty easy-going. She doesn’t have too much to
sing and when she does it’s great stuff. Maybe I’ll change my mind once we
get going with rehearsals!”

In February, Sophie will tackle more new repertory, by Stravinsky and
Ravel, when she joins with the

at the Wigmore Hall as they continue their series,

But, first there is a soirÈe chez Schumanns to enjoy, in which
composers, musicians and poets of the past will meet again – much like
characters in Robert Schumann’s Carnaval which Anthony Tommasini,
the chief music critic for The New York Times, described as ‘a
portrait gallery of Schumann’s friends (real and imagined), love interests,
musical heroes (including Chopin) and adversaries.’

Sophie Bevan and Julius Drake spoke to Katie Derham on

on Thursday 18th January, and