Samir Savant, Festival Director
of the London Handel Festival, today announced the programme for its 2018
Festival which takes “Handel in London” as its theme – a four-week
celebration of the life and work of Handel, in particular his life as a
European who settled in Georgian London, entrepreneur and philanthropist.

This year, the Festival explores Handel’s particular
relationship with the capital, his broad and varied musical output in the
city he chose to settle in and his broader life in Georgian society. In
addition to all the concerts planned, this year’s Festival expands the
range of events on offer and presents walks, talks and a film screening
focusing on many aspects of Handel’s life beyond his music, such as his
expertise in investing and his relationship with health and medicine.

The Festival continues in its ambition to nurture young talent and explore
lesser-known repertoire. The internationally acclaimed Handel Singing
Competition is in its 16th year, and this year’s Festival features no fewer
than 20 past finalists as soloists on various dates.

I am delighted to present ‘Handel in London’ – our 2018 London Handel
Festival. We are packing more than ever into just one month with a
wonderful array of performances, ranging from grand opera to intimate
chamber recitals, in addition to special walks and talks to highlight
Handel’s special relationship with Georgian London. Handel has a
valuable message for us today – he was a European immigrant who chose
London as his home, and, quite apart from his glorious music, his
cosmopolitan tastes and unstoppable commercial energy, and his
professed love of his adopted society through his philanthropy,
resonate still in our diverse and vibrant capital city

Laurence Cummings
continues his role as Musical Director of the London Handel Festival. As
one of the world’s leading conductors, he has an encyclopaedic knowledge of
the repertoire, which, combined with his dedication to nurturing young
singers, ensures that the Festival remains as distinctive and engaging as
ever.

The 2018 London Handel Festival opens with the Foundling Hospital Anthem, written by Handel to raise
money for the orphan “foundlings” abandoned on the streets of Georgian
London (18 March). 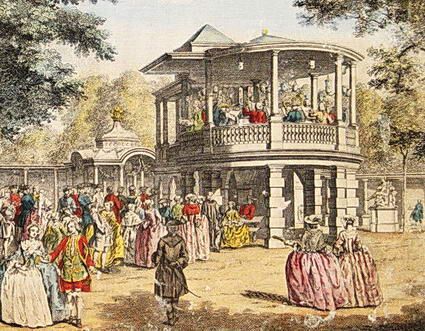 The 2018 London Handel Festival celebrates the 300th anniversary of the
very first performance of Acis and Galatea, with a colourful
staging of Handel’s popular pastoral opera, taken from Ovid’s Metamorphoses (19 & 21 March).

Other highlights of this year’s festival include Giulio Cesare,
performed by Tim Mead and Anna Devin in
the lead roles. Early Opera Company makes its London
Handel Festival debut under the baton of Christian Curnyn (11 April).La Nuova Musica, conducted by David Bates will present Teseo, an intriguing work written in five acts in the French
tradition, featuring young singers from Royal Academy Opera (12 and 14
April).

2018 marks the 16th anniversary of the Handel Singing Competition which has
given now established artists and past finalists such asIestyn Davies, Ruby Hughes and Lucy Crowe valuable exposure and recognition. The London
Handel Festival has always had the nurturing of young talent at the centre
of its artistic policy and a 2017 Finalists Recital at the Fitzrovia Hospital Chapel (20 March) and ‘Mr Handel’s
Scholars’ concert with Laurence Cummings and the London Handel Orchestra (23 March) will celebrate the
Competition’s legacy. The Semi-Final and Final of the

Alongside all its innovations, the 2018 edition of the London Handel
Festival will present its well-loved landmarks. The annual sell-out
performance of Bach’s St Matthew Passion on Good
Friday returns with previous competition finalists George Humphreys and Nathan Vale, and the
annual visit to Wigmore Hall
will see Adrian Butterfield direct Esther (22
March, returns only).

A special performance of Handel’s Water Music, directed by Walter
Reiter, performed for schools by students from Trinity Laban Conservatoire for Music & Dance is
designed to encourage children to gain an understanding of Handel and his
life and works (29 March).