Perhaps not surprisingly, there were a few signs of nerves at the opening
of the recital, but the audience were encouraging and welcoming, and as the
programme unfolded there was much lovely, and impressive, singing to enjoy
from these three young soloists, who all have potentially exciting and
successful futures ahead of them.

Harrison Hintzsche opened the programme with the only solo voice version of
five settings of Metastasio’s ‘Entra l’uomo allor che nasce’ (Abraham’s
air, from Isaac) that the fifteen-year-old Schubert made under his
composition teacher Salieri’s supervision. Hintzsche’s baritone is
soft-grained and fairly high-lying, and his relaxed voice production
enabled him to imbue Abraham’s suffering with a gentle poignancy. The
phrases of ‘Wer sich der Einsamkeit’ (Who gives himself to loneliness)
unfolded naturally with judicious heightening of intensity; Johnson’s
inter-verse commentary was delicate yet had a warmth which was sustained by
the quiet chords which underpin the second stanza, as the love stealthily
creeps up on his beloved to learn if she is alone.

Of the three singers, Hintzsche’s diction was the most precise and this
clarity was put to advantageous use in ‘Zufriedenheit’ (Contentment), which
began the second half of the recital, where the piano’s insouciance was
matched by an occasional dash of vocal swagger as the poet-protagonist sang
of his self-assurance and happiness. In ‘Memnon’, the baritone created a
strong sense of narrative and the drama was enhanced by the repeated
tolling note in the piano’s middle voice, which Johnson subtly charged with
varying emotional colour. ‘Im J‰nner 1817 ‘Tiefes Lied’’ (Deep sorrow), one
of the more well-known items in the programme, was assured, but I felt that
the fairly slow tempo reduced the drama created by the contrast between
mental confusion and distress that the text articulates. 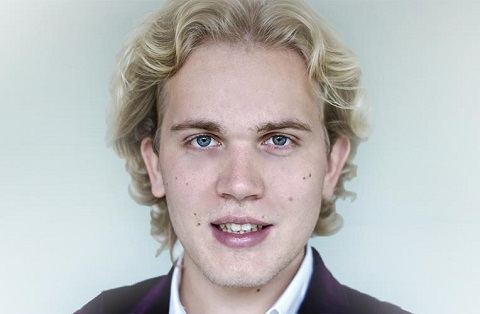 Ferdinand Keller had the challenge of commencing his contribution with
‘Serbate, O Dei custodi’ (Guard, O ye gods), another setting of Metastasio
(from Act 1 Scene 4 of La Clemenza di Tito) of which Schubert made
several under Salieri’s instruction at the end of 1812. This rousing da capo aria was set in angry motion by Johnson’s tempestuous
introductory pounding, and Keller struggled a little to match his
accompanist’s might and majesty, his tenor become a little ‘tight’ as he
sought to project with authoritative power.

Johnson traded strength for serenity at the start of ‘Mondnacht’ (The
moonlit night), and here Keller showed sensitivity to the text and a
beguiling tone, although he still seemed a little ill at ease in the upper
register and the phrasing was not consistently refined. However, in the
tenor’s second ‘lunar lied’, ‘Klage an den Mond’ (Lament to the moon),
Keller found a gentle earnestness which Johnson illuminated with glistening
moonbeams between the stanzas, and he showed confidence and assurance when
negotiating the vocal entries, challengingly pitched, in ‘Wer nie sein Brot
mit Tr‰nen ass’ (Who has never eaten his bread with tears).

Elsewhere there were some occasional slips of intonation, and while
Keller’s voice is full, soft and warm in the middle and lower ranges, his
upper notes are not quite the finished product yet. In ‘Sehnsucht’
(Longing) he demonstrated a tendency to swoop and swell up to the higher
peaks. But, ‘An mein Herz’ (To my heart) was beautifully sung. Here, Keller
controlled the vocal line with real skill and sensitivity, above Johnson’s
tolling bass, and ‘Die Taubenpost’ (Pigeon post, from Schwanengesang) concluded the concert with an easy charm. 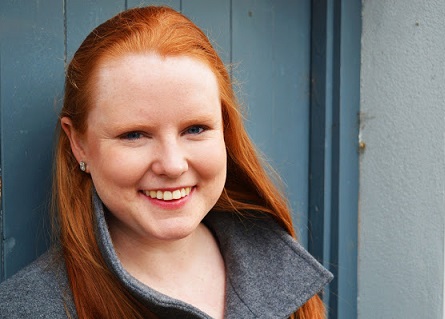 ), but this young soprano proved that she was anything but ‘second choice’.
Despite having to learn the programme at short notice, Burns was
impressively ‘off score’ and sang with confidence and bright clarity,
communicating with directness. Though the pitch was well-centred, I found
Burns vibrato a little too intense in ‘Misero pargoletto’ (Unhappy child) –
another ‘exercise’ undertaken for Salieri – and the vocal line a little
lacking in Gluckian elegance. But, Burns’ phrasing in ‘An die Sonne’ (To
the sun) was free and joyful, and she contrasted a glistening rapture with
dark richness in the lower register. ‘Die Gestirne’ (The constellations)
was one of the highlights of the recital: the melodic leaps were cleanly
executed and integrated within a finely etched line, as Johnson’s trills
twinkled and sparkled. In contrast, Burns found a pastoral simplicity in
‘Herbstield’ (Autumn song), eschewing the intense vibrato of her earlier
contributions and once again demonstrating assured breath-control and
phrasing.

Schubert: The Complete Songs
began in September 2015 and initial press releases suggested that this
two-year series of over 40 recitals, in which more than 600 songs would be
presented, would end in July 2017. Well, such was Schubert’s fecundity, as
this recital attested, the series has been rolling on and only now, with Wednesday’s two recitals, has reached its final destination. The songs performed in this programme
date from 1812-27, with 18 of the 26 heard written during the first five
years of this period, when Schubert was aged between 15 and 20.

As we listened to student exercises, song fragments and part-songs, I
reflected on the question of ‘defining’ and categorising Schubert’s song
oeuvre. John Reed, in The Schubert Song Companion (Manchester
University Press, 1997) – an encyclopaedic guide to every song by Schubert
for solo voice and piano, including different versions, unfinished songs
and variants – highlights the problem: ‘How many songs did Schubert write?
It is like asking: How many tall men are there in London? The answer
depends on how you define your terms.’

Many of the programmes in this Wigmore Hall series have been curated by
Johnson and here the pianist spoke warmly and informatively about the
repertoire – at times offering a quasi-lecture-recital with musical
illustration! But, as we heard examples of what Reed defines as ‘special’
and ‘borderline’ cases – unfinished songs, sketches and fragments
(sometimes completed by others) – I felt that in their incompleteness some
of these items perhaps did not present sufficient musical substance or
interest to merit their inclusion; indeed, their fragmentary nature
slightly disrupted the fluency that the programme generated elsewhere.
Burns’ vocal line was largely unaccompanied in ‘Abend’ (Evening) and ‘Wolke
und Quelle’ (The cloud and the stream), with just a few piano interjections
and single-line counter-voicings, and if she seemed a little more uncertain
in these ‘fragments’ then that is probably because the material itself is
indefinite. They also highlighted, by its absence, how it is the
relationship between voice and piano which is at the heart of the
expressive and emotional impact of Schubert’s lieder.

Reed also comments on the issue of distinguishing between variants and new
versions, but this was not a problem here as we were presented with first
and second settings of ‘Wer nie sein Bron mit Tr‰nen ass’, and it was
interesting to reflect on the considerably more turbulent discourse and
roaming harmonic exploration of Hintzsche’s ‘response’ to Keller’s first
version.

Reed does not include Schubert’s duets, choral settings or part-songs in
his compendium, but I was glad that Johnson had! For, the items which
brought the singers together were some of the most affecting and engaging
of the recital. In ‘Mignon under der Harfner’ (Mignon and the Harper)
Keller interacted sensitively with Burns, who took the melodic lead. In
‘Szene aus Faust’ (Scene from Faust) and ‘Lodas Gespenst’ (Loda’s
ghost) the singers made the recitative expressive and compelling, while
Johnson authoritatively delineated the dramatic structure of these extended
items.

‘Klage um Ali Bey’ (Lament for Ali Bey) combined two strands of the
programme. Schubert preceded his parodic depiction of three sycophants’
plaintive outpourings of grief with a setting for solo voice, and here the
two versions were elided, Burns being joined by Keller and Hintzsche for
the terzet version. The singers obviously relished Matthias Claudius’s
droll lampooning of the abuse of power as much as Schubert did, for during
the interval their impromptu back-stage reprise echoed in the Hall, to the
indulgent smiles of the appreciative audience.