In contrast, the Florentine artist Cristofano Allori interpreted the
biblical tale autobiographically (1613): the decapitated head of Holofernes
is a self-portrait, while the Assyrian’s slayer is the artist’s lover
Mazzafirra, her exquisitely luxurious clothing a direct tribute to the
city’s thriving textile industry, her manner sure, proud and confident.

These are the images with which Crouch End Festival Chorus illustrated the
programme booklet for their Royal Festival Hall performance of Hubert
Parry’s oratorio Judith – the first for 130 years – which was
supported by the London English Song Festival. They could have chosen from
many artistic representations which emphasise Judith’s daring and
Holofernes’ blood-thirsty end. Parry himself, though, took a rather
different approach to the biblical story of Judith, the young Jew from
Bethulia who freed the people of Israel from the siege by Nebuchadnezzar’s
army by infiltrating the enemy encampment, feigning a wish to forge an
alliance and seducing the Assyrian general with her beauty, leading to an
invitation to attend a lavish banquet in his tent after which the
inebriated general was easy prey to the deadly blow of her scimitar.

While Judith’s story is one of trickery, seduction and beheading, the text
which Parry wrote for his oratorio eschews all but a hint of sex and
violence, in favour of a more decorous approach, and Manasseh, the ruler of
the Kingdom of Judah, relates the blood-thirsty climax thus: “Judith, the
daughter of Merari,/ Weakened him by the beauty of her countenance./ She
put off the garments of her widowhood … Her beauty took his mind prisoner./
The falchion passed through his neck.” Indeed, in his own 1887 preface to
the score, Parry expressed his own reservations: ‘It was not my original
intention to call the work by her name; for though her heroism is most
admirable, the sanguinary catastrophe of the story is neither artistically
attractive nor suitable for introduction into a work in the Oratorio form.’

In fact, Parry struggles to create a ‘drama’ at all. Few will be familiar
with trials and tribulations of the historical personnel, Manesseh and his
wife Meshullemeth, which dominate the text (the work is subtitled ‘The
Regeneration of Manesseh’), though the command of their false god, Moloch,
that devotees must sacrifice their children by fire makes for a stirring
opening to Act 1 as the Chorus of Worshippers beg for mercy and the High
Priest bellows the god’s demand for the children “Within whose veins flow
the blood of your King”. It also provides an opportunity for the obligatory
inclusion of a children’s chorus and inspired Parry to compose a ballad for
Meshullemeth, ‘Long since in Egypt’s plenteous land’ in which the Queen relates
the early history of Israel to her children.

The melody of this ballad is now familiar to us as the hymn tune REPTON
which in 1924 George Gilbert Stocks, director of music at Repton School,
set to ‘Dear Lord and Father of mankind’. And, this seems fitting given
that Parry, a baronet and bastion of upper-crust Britishness, was a product
of the public-school system which so dominated and influenced public life,
and still does. Thomas Gambier Parry, the owner of Highnam Court in
Gloucester sent his son to a preparatory school in Bournemouth, where he
came under the influence of Samuel Wesley, and he progressed to Eton and
then on to Exeter College Oxford. J.A. Fuller-Maitland wrote in 1919,
following Parry’s death in October the previous year, ‘In birth, breeding,
education and musical training, Charles Hubert Hastings Parry was an
example of the best that England can produce’.

And, the confidence of the striding walking basses, the security of the
long pedals, the cycles of fifths and harmonic sequences, and the grandeur
of the quasi-Handelian imitative choral writing which characterise the
score of Judith – which is both devotional and celebratory – might
indeed be imagined to embody the values, vigour and victories of Victorian
England which Fuller-Maitland infers.

That said, at the time of its composition Judith seems to have met
with a fairly lukewarm response. It was composed for the Birmingham
Festival in 1888 where it was performed on 29th August,
conducted by Hans Richter, and subsequently taken up by choral societies
around the country including in Edinburgh, Cambridge, Bristol and
Gloucester. But, not all were impressed. In

A Tale of One City: The New Birmingham Papers Reprinted from the
“Midland Counties Herald”

, Thomas Anderton sums up the accounts of the Birmingham Festival
Committee: ‘To sum up very briefly the Festivals since 1885 – the year that
Richter succeeded Costa – the meeting of 1888 was remarkable for nothing
that made any permanent notch in the record of the Festivals. Parry’s
oratorio “Judith” was the chief novelty, but, in spite of its masterly
merit as a work of musical art, it was hardly received with the favour it
deserved.’ Others were more blunt, George Bernard Shaw commenting with
characteristically causticity: ‘it is impossible to work up any interest in
emasculated Handel and watered Mendelssohn.’

The Observer
reported on 9th December 1888 that the pre-Christmas Crystal
Palace Saturday Concerts would include ‘Dr. Parry’s oratorio Judith under the direction of Dr. A.C. Mackenzie’ who conducted
the Novello Choir, and it was heard again in the capital on 4th
May the following year, in St James Hall under the baton of Charles
Villiers Stanford. That was the last performance of Judith in
London and by 1919 Fuller-Maitland was lamenting the unlikelihood of the
English nation rediscovery the glories of Parry’s larger oratorios Judith (1888), Job (1892) and King Saul (1894). 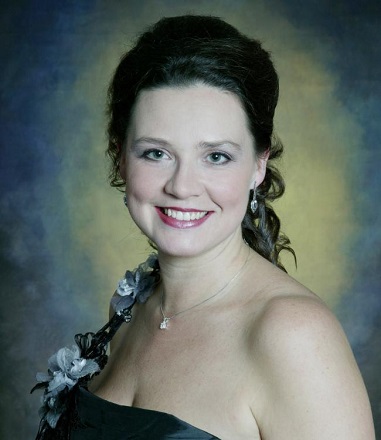 So, Crouch End Festival Chorus and their Artistic Director William Vann
have does us a great service in presenting the first performance of Parry’s
oratorio for 130 years – and a terrifically committed and impassioned
performance at that. Vann had clearly done his homework: his direction of
the Chorus and London Mozart Players was unwaveringly encouraging, vigorous
and detailed, and he demonstrated impressive stamina and the ability to
sweep the music onwards even when Parry’s walking bass lines threatened to
plod. The orchestral prelude, however, is rhythmically alert, a call to
attention and to arms which here was softened by a sweet-toned horn solo,
before the prelude segued into the darker resonances of the low horns and
timpani heralding the Worshippers’ despairing cry, “Hail, Moloch! Hail,
awful god/ Before whose frown the nations tremble. And, throughout there is
much imaginative scoring, some especially lovely writing for the woodwind,
and colourful displays from the two trumpets, three trombones and tuba.

The playing of the London Mozart Players was energised and robust, but
there were problems of internal balance with the small string section often
overpowered by wind and brass, despite the sterling efforts of leader Ruth
Rogers. Even within the strings, eight first violins did not seem
sufficient to balance four cellos and two double basses. The result was
that we missed the luscious of soaring strings in the triumphant choruses,
not least because Crouch End Festival Chorus were in glorious voice, as
Worshippers and Watchmen, Priests and Assyrian Soldiers. Moreover, every
word of text was pristinely enunciated.

A strong team of soloists had been assembled. Tenor Toby Spence was a
rather angry Manasseh at the start, crescendoing through the King’s
declarations, “No other sacrifice!/ O bitter doom!”, and pushing his voice
to its peak. This was sometimes at the expense of lyricism, as when
Manasseh urges, “Fear not, my people”, as they prepare for the sacrifice,
but elsewhere Spence’s oratory was noble and Manasseh’s declaration of
repentance at the start of the second Act was sensitive and moving.

Meshullemeth’s ballad sits most comfortably in the contralto range, and
mezzo-soprano Kathryn Rudge, though singing with fine focus, was not always
able to find the necessary strength at the lower end, though her phrasing
was dignified, and her bearing poised. The King’s Children to whom she sang
were excellent, singing their lines with confidence and clear tone, led by
superb soprano soloist Lydia South. As the High Priest of Moloch and
Holofernes’ Messenger, Henry Waddington sang imperiously, his bass-baritone
mobile and rich.

Sarah Fox gleamed in the title role, her crystalline soprano capturing both
Judith’s goodness and her strength. It was not surprising that the potency
and rapture of her confrontational challenge to the people, “Call to your
Moloch!/ Hurl in your children!/ Cut yourselves and howl/ He shall not
hear!”, stirred the Crouch End Festival Chorus to reply with the resounding
fervour of a football crowd: “Cast her in the furnace!/ She hath defied
great Moloch!” Fox’s beautiful, consistent tone and spot-on intonation in
Judith’s Act 2 prayer conveyed her fortitude and faith, and her closing
Psalm inspired an outpouring of confidence and conviction in the closing
chorus, embodied in the Handelian counterpoint, striving bass lines,
thunderous organ pedal and unison tremolando strings, topped with three
glistening gong strokes: “And He shall lead Israel with joy in the light of
His glory,/ With mercy and righteousness that cometh from Him.”

The tremendous excitement of the close drew cheers from the Royal Festival
Hall audience, and Vann and his singers and musicians deserved the vigorous
praise.