Subtlety and intangibility – an almost precarious delicacy – characterised
Birtwistle’s Three Songs from The Holy Forest, settings of texts,
‘moth poems’, by the American poet Robin Blaser. Soprano Claire Booth gave
the British premiere of the work at the Aldeburgh Festival in 2018, a
performance that was conducted by the late Oliver Knussen to whom the final
song, and indeed the whole concert, was dedicated. In this first London
performance, Booth and the Nash ensemble captured the ‘real-but-not-real’
evasiveness and of both the poetry and music. Blaser’s long sequence of
‘moth poems’ began when, one day in 1962, he heard an eerie sound emanating
from the baby grand piano in his apartment, as if the instrument was
playing itself. Lifting the lid, he discovered the source of the sound – a
moth trapped in the piano strings. The first poem is entitled ‘The
Literalist’, alluding to the ‘reality’ of the event that inspired the poem:


the moth in the piano

But, as the moth’s frightened wings do play on, in the poet’s words and in
Birtwistle’s music, the tangible becomes diffused, then dissolved:
something from the mundane world is transformed into the magical,
transcending time and place. Listening to Birtwistle’s fragile, wispy,
ghostly music the words of William Carlos Williams came to mind: ‘Only the
imagination is real.’

As Booth’s smooth but dusky soprano interweaved with Philippa Davies’ alto
flute meanderings, it was hard to tell where voice ended and instrument
began. Instrumental and vocal swoops, slides, chimes and low rustlings
beautifully conjured the mysterious music of an air ringing with hammered
sound. The precise, sensitive economy of Stefan Asbury’s conducting and
Booth’s own unwavering poise ensured that shadowy world had a strange
presence, though the music scarcely rose above a half-whisper.
Paradoxically, as we were invited to enter a private world, so too were we
offered a sense of nature’s infinite expansiveness.

Birtwistle wrote his own texts for Songs by Myself (1984). The
oxymoronic tensions of the brief first fragment, ‘O light set a flame in
amber, and freeze/the rose’s pulse’, were embodied by the way percussive
chimes challenged the soothing calm established initially by the strings.
There is a disturbing ‘hidden’ energy in both text and music, which
occasionally bursts forth, and Booth’s soprano was laser-precise as it
leapt and turned. This latent force pushes the songs forward, despite the
frequent imagery of coldness and listlessness, and as she sang of ‘the
fretting pulse of yesterday’s tomorrow’, the open vocal sound seemed to
carry into the fourth song, whose fragmented visions were evoked by the
oboe’s fantastical dancing above and around a low ostinato pedal. As in the
Three Songs from The Holy Forest, Birtwistle often treats
the voice as another ‘instrument’ and I found myself having to listen in a
new way – not seeking significance or specificity in a correspondence
between word and vocal gesture, but submitting to the aural glossiness of
Booth’s mellifluous vocal line which glided almost neutrally through chains
of words. At other times, however, Birtwistle does ‘paint’ individual
words, often supporting such gestures with strongly characterised
instrumental motifs, and the lucidity of the Nash Ensemble’s playing was
enchanting. 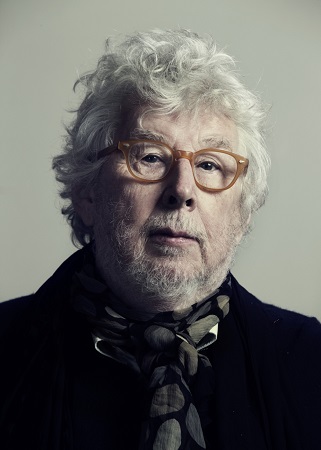 A third vocal work by Birtwistle, similarly enigmatic and opulent, closed
the programme. The Woman and the Hare (1999) sets a poem by David
Harsent – the librettist of Birtwistle’s operas, Gawain, The Minotaur, The Cure and The Corridor. In
mythology and folklore, the hare is a protean symbol – a trickster, witch’s
familiar, messenger, goddess among other manifestations – associated with
the moon, fertility, sacrifice by fire, and the very elixir of life.
Harsent’s poem tells of a ritualistic chase, and is replete with natural
imagery, sensuous and sensual. The text is shared between soprano and
speaker, and as recitative and aria overlap, accompanied by Birtwistle’s
preciously crafted instrumental graphics, which at times erupt with
surprising violence, we move again into a world beyond verbal articulation.
I confess that I began to find the unrelieved ‘glassiness’ of the vocal
line and the sheer elusiveness of the whole almost overwhelming, my senses
overload with impressions and intimations. This is music of, in equal
measure, visceral power and moonshine mystery to which the listener must
submit, and I found myself resisting!

Fortunately, the remainder of the programme provided the diversity I
desired. Birtwistle’s Fantasia upon on all the notes (2011) and
Elliot Carter’s Mosaic (2004) are gloriously intricate
explorations of musical patterns and possibilities, and the Nash Ensemble
opened up their inner workings to their audience conjuring a spirit of
revelation and excitement in Fantasia, and painting with
coloristic precision in Mosaic. Knussen’s Study for
‘Metamorphosis’ for solo bassoon (1972, rev. 2018) – preparation for a
larger, uncompleted Kafka-related project – was played with terrific
agility and gloriously rich tone by Ursula Leveaux. Best of all was a new
work by Birtwistle, the Duet for Eight Strings for viola and
cello, whose searching lines and exploratory textures and harmonies were
exquisitely delineated by Lawrence Power and Adrian Brendel. In
conversation with Tom Service, Birtwistle described the work as “a string
quartet for two players”, placing his hands together in a steeple and
indicating the intertwining of musical ideas, before brusquely brushing his
arms aside, impatient with words when it is the music itself which does the
talking. The players engaged in careful conversations and reflections at
the start, feeling their way through the double-stopped chords, seeking out
new sounds and harmonies. Then, the interplay changed character, in what
Birtwistle describes as ‘“hocket” passages of rhythmically interlocking
interchanges’ (the hocket being a medieval musical practice whereby a
single melody is shared between two voices which alternate and fill in
the gaps in each other’s lines). The gradual intensification erupted with
surging drama before disappearing into a stratospheric nothingness at the
close.

Sir Harrison Birtwistle – Fantasia upon all the notes for flute,
clarinet, harp and string quartet; Elliott Carter – Mosaic for
harp, flute, oboe, clarinet, string trio and double bass; Birtwistle – Three Songs from The Holy Forest for soprano and ensemble (London
premiere), Songs by Myself for soprano and ensemble, Duet for Eight Strings for viola and cello (word premiere); Oliver
Knussen – Study for ‘Metamorphosis’ for solo bassoon (UK premiere);
Birtwistle – The Woman and the Hare for soprano, reciter and
ensemble.