It wasn’t just the range of what she sang here – which in itself was
relatively unusual, even by London’s standards – it was the level of
artistry she brought to it. The voice is uncommonly dark for a soprano –
it’s almost mahogany in its rich tones – which made some works on the
program, such as Ravel’s ShÈhÈrazade, sound like no performance
I’ve come across before. On the other hand, when it came to Duparc’s PhidylÈ we really could have been listening to Wagner (and I
didn’t mind that one bit at all). Her John Cage, however, channelled Cathy
Berberian. There are clear traces of her Baptist roots in how she
communicates and phrases the texts; but the heavier sonorities of Richard
Strauss and Puccini give a firmness to the bottom of the register.

Initially I thought ShÈhÈrazade perhaps lacked the eroticism it
sometimes needs. Performances of Ravel’s cycle of three songs with an
orchestra often allow a singer to establish a greater symbiosis, a more
lyrical and expressive intensity – especially with some of the
instrumentation such as the woodwind. Brueggergosman eschewed this kind of
approach entirely. Right from the outset, ‘Asie, Asie, Asie’ had that
meltingly, vivid darkness that she never really deviated from – the tone
was like the most over-indulgent chocolate imaginable. It was undeniably
voluptuous, much closer to Rimsky-Korsakov than one might imagine. But when
the voice ended stanzas, such as at the end of ‘Asie’, the sense of
illumination could be ravishing: how this voice can cast a shadow, a
long-breathed umber is very striking. ‘L’indifferent’ is often difficult to
pull off – and it doesn’t matter if the singer is with an orchestra or
pianist – but Brueggergosman brought a palpable sense of androgyny to it.
Ironically, her tone felt a touch brighter here – just enough to set up the
impression of ambiguity required. It was just a glimpse into the diaphanous
colour which would be a hallmark of her Duparc songs.

Some of Debussy’s songs can give the impression he was writing less for the
voice and more for an instrument; their complexity – not to say difficulty
– can appear very challenging. The opening of ‘La flute de Pan’ is a
near-ideal example of this. The opening lines are punishing; the breath
control required can sometimes seem insurmountable. If the title suggests a
flute, the way Debussy has written for the singer often takes the voice in
great arcs of flutist trills. Brueggergosman managed to sustain the long –
almost comma-less stanzas – with a clarity of diction which was enormously
poised. This was singing of the highest order. ‘Le tombeau des naÔades’
didn’t really prove a problem either. The meaning behind the words might be
suggestive of winter, ice and the end of an affair but Brueggergosman
brought a more positive note to it. Perhaps the season itself – and even
the grief that the end of love brings – allowed you to feel she was deeply
inside this music. There wasn’t a trace of wobble or tremolo in
the voice. 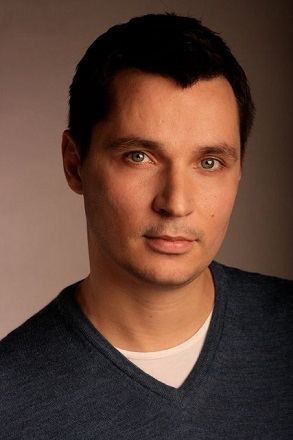 Henri Duparc – if Debussy tried to eradicate the influence of Wagner –
fully embraced him. One of the most tragic of composers, he destroyed much
of his music after he suffered a mental breakdown and ceased composing
entirely at the age of 37. It’s a double tragedy because the very few songs
that exist – just seventeen of them – are magnificent. Many of them
positively drip in romanticism, and a kind of Parnassian nostalgia.
Brueggergosman’s rich, plush tones – on the surface – seemed entirely
plausible for all three of the songs she chose for this recital. However, I
wasn’t entirely convinced ‘Chanson triste’ really delved deeply enough into
the soul of this music. There is a fine balance between hope and despair
here – and it felt just a little too safe. ‘L’invitation au voyage’ can
sometimes trip singers up – do they focus on the geography of the text,
which turns the song into an early example of Impressionism with its
evocation of watery landscapes – or do they focus on Duparc’s ambiguity
which stems from him shrouding the music in mystery over rhythms that are
all too often unstable? Again, one didn’t really feel absolutely convinced
which way Brueggergosman had landed this song either – though there was no
denying the voluptuous tone she brought it.

On the other hand, when it came to PhidylÈ Brueggergosman knew
exactly what she wanted. From the opening piano chords – almost like
tolling bells – the voice had incredible range – it sometimes felt
somnolent, the colour and dynamic range were painted with the broadest of
strokes; often this reminded me of Wagner’s Isolde, especially as the voice
moves in an ecstatic curve of languid tranquillity to its final, floating
climax.

If the first half of this recital had been all about French music – and the
influence in song of exoticism, expressionism, impressionism and
chromaticism – then the second half was about modernism, jazz, rhythm and
cabaret. John Cage might never really have cared profoundly about melody in
much of his music but it’s perhaps a touch ironic that for his song, ‘The
Wonderful Widow of Eighteen Springs’ he chose as the text for it one of the
most lyrical of modernist and experimental books of the twentieth century,
James Joyce’s Finnegan’s Wake. It’s easy to see why this book
might have appealed to Cage – the very subtext of it, with its immersion
into a world of stream of consciousness, and a format which completely
deconstructs the nature of sentences, paragraphs and the very use of
punctuation itself would seem attractive to a composer hellbent on
embracing a radical aesthetic in his own music.

The song itself is based on a single passage of Joyce’s book – on page 556
– and the text of the song is published in upper-case though Cage abandons
Joyce’s zero punctuation and inserts various commas and ellipsis. This does
lead one to assume that perhaps the delivery of the song is very
specifically aimed at a certain volume and pitch, but this isn’t the case –
it’s actually composed in three pitches. Despite how it looks on the page,
what you get in recital – or what Brueggergosman gave us – is largely a
song that resembles modernist plainchant, almost sung in a single vocal
register and which doesn’t deviate too much in volume.

What is, of course, unusual about this song is that the piano is played
closed. The pianist taps his fingers against the keyboard lid, uses his
knuckles against the wood – and basically establishes the rhythm which sets
the momentum of the song. I don’t think one could have asked for a more
incisive, or better judged performance, of the piano part than the one we
received from Simon Lepper here. Cage asks us questions in ‘The Wonderful
Widow of the Eighteen Springs’ – what is a song? Who sets the rhythm? What
is the nature of music itself? It was certainly wonderful to hear it again
in London.

Xavier Montsalvatge, in his Cinco canciones negras, changed the
direction of the recital rather completely. These Spanish-accented songs,
although written from the perspective of a Caribbean setting, and just
after the end of the Second World War, can seem emotionally brutal. In
terms of subject matter, they don’t really hold much back about American
imperialism pre-Castro in Cuba; musically they can seem rather brutal as
well. Brueggergosman brought real Cubanesque grit to all of these songs –
and the sultriness was both oppressive and evocative. The brutality of
these songs isn’t in the idiomatic writing of the music – rather, it’s in
the sheer virtuosity required to sing them. Being able to establish the
setting is one thing – but one was left somewhat reeling by the effortless
speed with which Brueggergosman took ‘Punto de Habanero’. In ‘CanciÛn de
cuna para dormir a un negrito’ it was both the lilting motion to the voice
and the slithering tongue work which so impressed. ‘Canto negro’ was a tour de force – a song which Brueggergosman not only sang with
such impeccable diction but which she managed to pull off at a tempo like a
bullet-train.

William Bolcom’s Cabaret Songs set a very different tone, but were
no less remarkable for that. The songs are, in fact, a rather sublime
balance of contrasts – often within the same piece. They can be both
light-hearted, but seem tragic – they can seem trivial, but really quite
sophisticated. It’s easy for a singer to strike a poor balance but
Brueggergosman is not one to do that. I think she took much of her cue from
the jazzy piano writing – so wonderfully captured by Simon Lepper – and
this was especially the case in ‘The total stranger in the garden’. The
clarity of her phrasing, the way in which she takes whole paragraphs is so
natural you often find yourself not needing to look at the texts at all.
‘Song of Black Max’ is comparatively long – but almost every word was
audible. It was a hallmark of Brueggergosman’s recital which was apparent
no matter which language she sang in.

Recitals are, of course, a partnership and the pianist for this one, Simon
Lepper offered the highest quality playing for Measha Brueggergosman. A
recital of this breadth offers challenges for any pianist, but Lepper was
never less than impressive in giving each composer a distinctive voice.
Perhaps his Duparc most stood out during the first half – the tone was
beautiful, those gorgeous chromatic passages highly evocative. Here is a
pianist who also brings such colour to what he plays; some of the Ravel was
immeasurably exotic, his Debussy floated off the staves and yet he brought
an innate sense of understanding to jazz rhythms in music like Bolcom’s and
Cuban dash to the Barcelonan music. It would have been easy to have made
some of the dissonance in Montsalvatge’s songs emphatically over-edgy but
he managed to not do that. His Cage was hypnotic, and despite the fact he
probably tried not to draw attention himself I think the reverse might have
proven the case – which is perhaps what Cage was rather menacingly, and
thought provokingly, driving at in the question about ‘What is a song’?

This was a completely memorable song recital.