But, this wasn’t the first time that Handel had turned his attention to the
Ovidian love-triangle between the mortal shepherd Acis, the sea-nymph
Galatea and the Cyclops Polyphemus who, in a jealous rage, kills Acis,
prompting Galatea to transform her beloved into an immortal river spirit.
The allegorical tale was also the subject of the 1708 serenata Aci, Galatea e Polifemo which Handel composed in Naples in 1708
for Aurora Sanseverino, Duchess d’Laurenzana as a wedding gift for her
nephew, Duke Tolomeo d’Alvito.

The intimate, decorous Wigmore Hall was a fitting setting for this
performance by Roberta Mameli, Sonia Prina and Luigi De Donato with the
Italian Baroque specialist ensemble, laBarocca, conducted by Ruben
Jais. Founded in Milan in 2008, the sixteen-piece ensemble play with a
light-textured vitality which here enhanced the delicacy and economy of
many of Handel’s aria accompaniments, some of which employ continuo alone
while others develop beautifully expressive duets between the solo voices
and obbligato instruments. Jais decreed a prevailing gentleness which could
then be dramatically enlivened by striking dynamic contrasts, occasional
gritty textures and instrumental colour.

Handel’s serenata reveals not only the young composer’s confident
appreciation of the requirements and expectations of the form, but also the
considerable skill with which he could characterise in music. The role of
the male lover, Aci, was written for a soprano castrato, as was the
convention, with Galatea performed by a lower female voice. Here Roberta
Mameli’s light, bright soprano was perfectly complemented by Sonia Prina’s
dark, dense but pliable contralto. In their opening duet – which followed
segue from an interpolated Sinfonia (Handel’s score provides no
instrumental prelude) – Mameli’s brightness and ‘lift’ captured Aci’s
optimism and joy as the day breaks and a serene sky seems to promise the
lovers future joy, while Prina thoughtfully supported the higher line,
shaping the phrases sensitively to convey Galatea’s passion.

Mameli and oboist Nicola Barbagli intertwined and echoed sublimely in ‘Che
non puÚ la gelosia’, their silky running triplets in thirds communicating
the shepherd’s unrest when he first learns of Polifemo’s jealousy,
strengthened by some thumbing bass line accents. When Aci prepares himself
to do battle with the Cyclops, Handel surprising scores his aria for ‘solo
cembalo’, even though librettist Nicola Guiva has supplied him with images
of eagles’ talons ripping into a snake’s nest inspiring violent and
venomous vengeance in the latter. Perhaps he wished us to foreground such
imagery without distraction? Here, Jais employed the harpsichord alone but,
as Mameli projected forcefully (sometimes a little too much so, with
adverse effect on the intonation) the relationship between the voice and
the rather fragile, rapid harpsichord part became loosened. 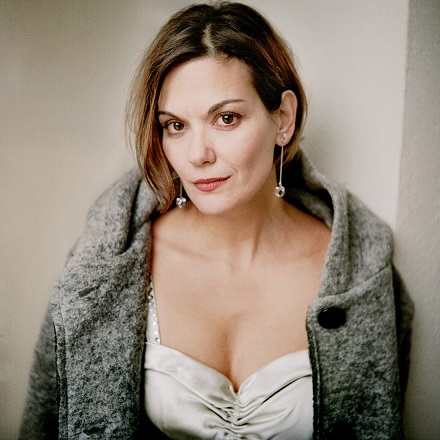 More successful, and considerably moving, was ‘Qui l’augel da pianta in
pianta’ in which Aci reflects first on the carefree carolling of the birds
which charms his heart, and then on the contrast between the birds’
happiness and his own grief. The preceding recitative closed with
transfiguring gentleness as Aci asks the stars to allow him one more chance
to gaze upon his beloved, whereupon he will die content. A weighty silence
interposed before Barbagli’s oboe began its sweet song, inviting the
shepherd to join in and charm his languishing heart. Here, Mameli employed
a tender piano with affecting power and displayed superb accuracy
in her avian lilting and trilling. The strings of laBarocca
provided a bed of barely there tenderness for Aci’s final anguished ‘Verso
gi‡ l’alma’, the harmonies softly and subtly altering, communicating the
twists of grief in Aci’s heart as Mameli blanched her soprano to the
merest, iciest thread.

I have more frequently heard Sonia Prina in roles which require her to rant
and rage, which she does with dramatic potency and energy but with
occasional mishaps as she leaps between registers and vents unbridled
passion and anger. As Galatea she was able to display the more composed
emotional depths which her rich contralto, with its velvety bottom and
richly focused top, can convey. There was a lovely delicacy when the
sea-nymph first tells Aci of the suffering that he must forebear, though
strong resentment in the recitative in which she reveals Polifemo’s wrath
and cruelty. The fury increased when Prina, arms crossed in indignation,
launched into an agile ‘BenchÈ tuoni e l’etra vvampi’ in which Galatea,
allied with the oboe, envisions herself as a laurel tree, standing
steadfast again the thunder’s fiery flashes as evoked by the dry spiky
semiquavers of the strings. Surely few thunder gods would dare to challenge
the steely insistence of Galatea’s closing avowal of invincibility, which
Prina sustained long and darkly, while her final battle with Polifemo
bristled with aggrieved energy and fury. 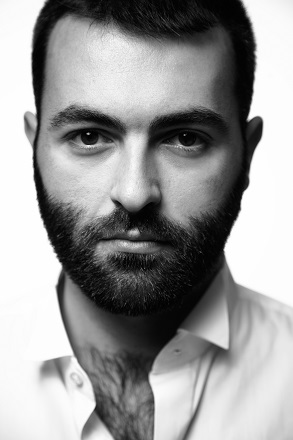 Heralded by a strident fanfare from trumpets and oboe, as Polifemo Luigi De
Donato found a good balance between vocal refinement and the Cyclops’ crude
clumsiness. De Donato’s diction was excellent, in the recitatives
especially, where he used his firm and centre bass to bring the words to
life. In his first aria, ‘Se schernito son io’, Polifemo may have been
trembling with anger but the bass’s delivery was as authoritative as De
Donato’s tall, imposing stance. ‘Fra l’ombra e gli orrori’ caught us
unawares with its dark dignity, as Polifemo laments his loss once Galatea
has thrown herself in the waves forever. De Donato cleanly negotiated the
repeated, challenging leaps in the vocal line, with tight trills in the
bass and muted strings signalling his heart-churning distress. The Cyclops
has the last word of the drama, and Polifemo’s accompanied recitative of
repentance was beautifully hushed.

Aci, Galatea e Polifemo
possesses little of the mirth of Handel’s subsequent myth-telling
mini-opera and – surprisingly for a work intended to be performed at a
nuptial celebration – the tone becomes progressively more sombre and even
severe. Jais was not entirely successful in sustaining momentum during a
series of subdued and solemn numbers, and perhaps could have looked for
greater emotional contrast.

The sudden shift at the close to the brisk moralising chorus was rather
destabilising, the characters whom we have been encouraged to empathise
briskly shedding their dramatic robes and revealing themselves as
personified moral symbols in a philosophical debate. But, if the gruesome
end which sees Aci felled by a boulder seemed inapt to the Neapolitan
weddings guests in 1708 then they must have been reassured by the final
confirmation: “Who loves well has aims of faithful love and pure
constancy.”

A few patrons left the Hall before the close, perhaps not anticipating that
a performance scheduled to last 90 minutes would over-run by almost a
third. But, those who remained offered full-voiced praise to the singers
and musicians for a performance that offered dramatic dignity and musical
delights.