That’s perhaps not surprising, if Stephen Storace’s comic opera Gli sposi malcontenti (The Discontented Newly-Weds) is evidence of
what might await those who take the nuptial plunge: loneliness and longing,
desolation and distress, if Storace’s librettist, Gaetano Bertati, is to be
believed!

But, as always, Bampton Classical Opera’s Artistic Director, Jeremy Gray,
has found witty ways to make Bertati’s characters’ misery the source of our
own merriment in the company’s Summer 2019 production of Storace’s opera buffa, which arrived at St John’s Smith Square after
performances at Bampton and Westonbirt. And, while the premiere performance
of Gli sposi malcontenti resembled a wedding-day disaster – with
Nancy Storace collapsing mid-aria in Act 1, bringing proceedings to a halt
– there was no danger of such catastrophe at St John’s where the
consistently accomplished cast of seven presented Bride & Gloom in Brian Trowell’s English translation, with
charm, bonhomie and uniformly terrific diction. CHROMA provided light and
lilting instrumental support, conducted by Anthony Kraus. 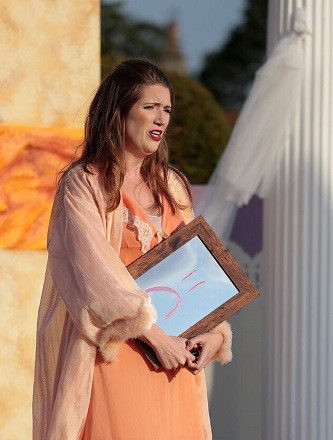 Gaetano Brunati’s libretto serves up the anticipated buffa recipe:
a suspicious husband, a domineering father, a boorish boffin hell-bent on
revenge, a pair of thwarted, scheming beloveds, and a wily maidservant.
(See

for detailed synopsis and historical background.)

After their tantrums and tiffs as the self-centred sisters in Bampton’s
2018 production of Isouard’s Cinderella, Jenny Stafford and Aoife
O’Sullivan returned here as the stepsister rivals for Artidoro’s love,
demonstrating equal grace and style in shaping Storace’s tuneful melodies.
As the emotionally conflicted Eginia, Stafford’s soul-searching was
delivered with focus and gravity. Her opening cavatina – think the unhappy,
abandoned Countess of ‘Porgi amor’ – was poised and affecting, and Stafford
established a particularly convincing musico-dramatic stature before the
concluding nocturnal disguises and denouements. O’Sullivan’s sporty,
spirited Enrichetta was as adept at keeping a tennis ball aloft mid-aria as
negotiating the vocal challenges, singing, as always, with unwavering
security, and a well-centred and appealing tone. 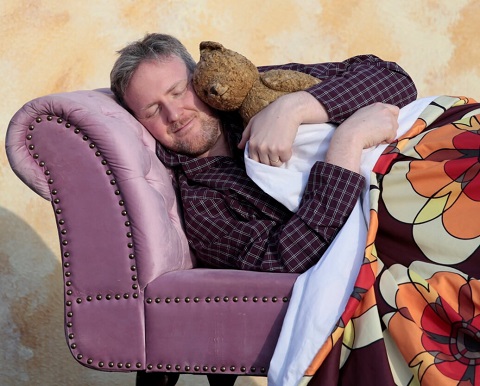 Gavan Ring’s vocal strength and character belied Casimiro’s blandness.
Ejected from his marital bed, as he nestled under a blanket on the chaise
longue Casimiro may have looked content with just a shabby teddy-bear for
company. But, a superb performance from Ring drew forth a rich range of
developing emotions and as Ring swelled sonorously to the tenorial
high-points of Casimiro’s avowal of lingering love for Eginia, we
understood that beneath the Barbour and flat cap was a burning, ardent
heart. No wonder that Eginia eventually comes to appreciate his hidden
merits and attractions.

Arthur Bruce’s relaxed baritone conveyed Artidoro’s easy charm and
confidence, cockily tossing and bouncing a tennis ball, suavely
anticipating the success of his elopement scheme. When, discovered by the
suspicious Rosmondo hiding under a blanket in the chair, this Artidoro did
not panic when threatened by the collapse of his strategy or the bullying
jabs from Casimiro, whipping out a water-pistol with the panache and poise
of Indiana Jones. 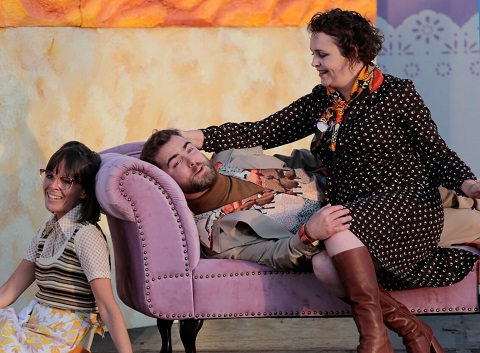 Rosmondo’s patriarchal pontificating was delivered with firmness and
strength by baritone Robert Davies, who achieved the difficult task of
being sufficiently mean to inject credible tension but not so menacing as
to preclude compromise and reconciliation. Like Adam Tunnicliffe as
Valente, Davies demonstrated a good instinct for physical comedy, both
singers falling over and into the chaise longue, and the wedding-cake
walls, with neat timing and without undue mishap.

Despite seeming almost to strangle himself with his academic hood,
Tunnicliffe’s Valente blustered and raged with bite and colour, out-tricked
by Caroline Kennedy’s vivacious Bettina – a put-upon but opportunist maid
who was ever on the look-out for a swig from one of her employer’s wine
bottles or a smoke from Artidoro’s joint. Tunnicliffe’s dark grain was a
lovely complement for Kennedy’s light, graceful soprano, especially in
their final duet in which Bettina dupes the disagreeable don into believing
that she will collude in his conspiracies. 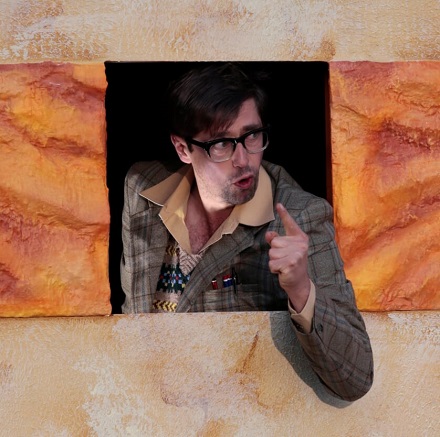 Storace evidently had a fine ear for a silky cavatina, a sure sense of how
to shape an ensemble-finale, and the ability to create moments of
heart-warming sincerity. His arias may lack a little variety of invention
and tempo, but if he doesn’t equal Mozart for musical wit and dramatic
sparkle then one imagines that the latter, into whose orbit Nancy’s success
drew Stephen, was not entirely unconscious of Gli sposi malcontenti’s comic episodes – a romantic interloper
discovered hiding in a chair, a climactic nocturnal escapade in a garden –
when he penned Figaro the following year.

Gray’s simple, witty design essentially sets the action – given a Seventies
feel by the prevailing harvest-gold and burnt-orange palette – inside a
wedding cake, with the proceedings overseen by outsized Ken and Barbie
look-a-likes in their nuptial finery perched atop a gigantic slice of
frosted sponge. The busy ensembles were deftly handled, the confusions and
conflicts which end Act 1 exploding in a storm of smoke, buttercream and
confetti: the icing on the cake of an evening which ended, naturally, with
sweet forgiveness and harmony.