In the beginning, then, was Orpheus, his myth repeated, elaborated upon,
throughout Western musical tradition, and especially throughout Western
operatic tradition. It is surely no coincidence that it was with this
monumental work that Birtwistle sought his most radical extension yet of
that line. He wanted, he said, ‘to invent [my italics] a formalism
which does not rely on tradition in the way that Punch and Judy,
my first opera, relied on tradition. There I used forms such as the
chorale, toccata and gavotte. I injected them into my work just as Berg
injected formal ideas into Wozzeck. In The Mask of Orpheus, I didn’t want to hark back any more; I wanted
to create a formal world that was utterly new.’

Expectations could not have been higher. For some, yours truly included,
this was a moment for which we had been waiting the whole of our musical
lives. From a career strewn with masterpieces, here came at last a second
staging of Birtwistle’s Mask of Orpheus: heard only once complete,
in concert, since its 1986 premiere, and never since seen in the theatre. I
had previously only managed to hear a

single act, in concert, at the Proms

: an unforgettable experience that only increased my hunger to hear – and
to see – more. Present at that first, ENO performance, Alfred Brendel
extolled The Mask of Orpheus as the first English musical
masterpiece since Purcell. Many will find that view a touch harsh on

and composers – even assuming Handel’s exclusion – intervening. Be that as
it may, no one with any serious interest in music or opera, indeed no one
with a passing interest, yet possessed of half an ear and a little
curiosity, would deny the work’s stature. 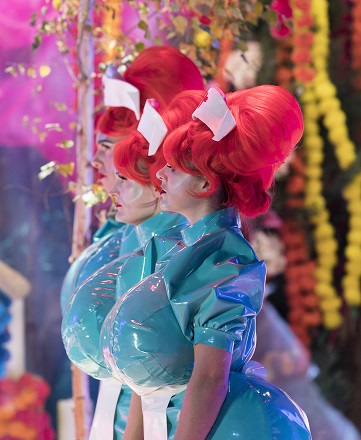 Musical values were high, as they would have to be: there is no more point
putting on Birtwistle with musicians unequal to its challenges than there
is Stockhausen. That excellence we heard from ENO forces should
nevertheless not be taken for granted. The conflict between rational and
irrational, between what Orpheus must do to win back Eurydice and what his
urge to act as a human being, a conflict as old as that between Apollo and
Dionysus and in many respects to be identified therewith, lies at the heart
of this work. The climax to the second act, indeed the whole of that
extraordinary structure of recollective arches, not only retains its
enormous, truly post-Wagnerian power; it seems to increase with every
hearing. This proved no exception. One was truly left reeling then – and
not only then – at least insofar as one could separate the musical
performance from its sadly inadequate scenic realisation, on which more shortly.

Moreover, if that conflict between the demands of reason and those of
emotion lies at the work’s dramatic heart, so too does the variety of ways
in which its participants, us included, might look at, experience, reflect
upon that conflict, not least through time, ours and the characters’
(broadly speaking, as human, myth, and hero, though never in linear
fashion, and just as much musically – lyrically and formally – as verbally
and scenically). In a sense, this is true of all opera; ‘all opera is
Orpheus’. But it is perhaps more so here, more overtly so, more
strenuously. Martyn Brabbins and James Henshaw, assisted by Adam Hickox,
did a superlative job of enabling the excellent orchestra, chorus, and cast
to express what they could of this, Peter Hoare a fascinatingly flawed,
multifariously tragic Orpheus the Man, Marta Fontanals-Simmons an alluring,
inscrutable, even alluringly inscrutable Eurydice the Woman, ably supported
by penetrating, intelligently contrasted performances from Daniel Norman
and Claire-Barnett Jones as their mythical counterparts. James Cleverton as
Aristaeus and Claron McFadden as the extraordinary Oracle of the Dead also
stood out dramatically, but there was nothing approaching a weak link to
the cast. Barry Anderson’s electronic realisation, with sound design by Ian
Dearden, proved as liminally dramatic in its way as Stockhausen, as
pregnant with dramatic purpose as an ‘interlude’ in Wagner. 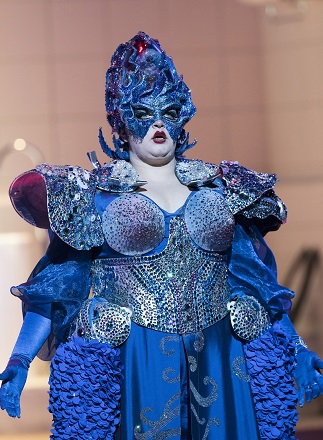 If only Daniel Kramer’s bizarre, ultimately vacuous production had been
remotely equal to its task. Where the work speaks of and with starkness and
complexity, Kramer seemingly mistook the latter for a gaudy variety show,
validated by inclusion of more and more unconnected – with each other, let
alone with the work – acts. This was not the idea of the circus, nor indeed
the idea of anything else; it was a hideous and, doubtless, highly
expensive mess. Occasionally, the possibility of recollection, of memory,
even of dream sequence, asserted itself, more by default than anything
else. For the most part, we suffered an absurd – never, alas, absurdist –
display of exaggerated, ‘saucy’, latex-clad nurses and medical equipment;
of supposedly shocking, yet actually deeply tedious, sexual acts; of people
– often entirely unclear who they were, and to what end – emerging and
sinking into bathtubs; of highly skilled acrobats (for the opera’s mime
action) removing and replacing their clothes, before resuming their
distracting activity; of general hyperactivity that not once seemed to
enquire what it, let alone of anything else, might be for, let alone of
whether its seemingly hapless orientalism might prove a tad problematical
to some. It was unclear that the ‘concept’, if one may call it that, was
anything more than an ageing rock musician – we see the platinum discs on
the wall – Orpheus, holed up in his extravagantly equipped hotel room,
having a bad trip. And even that was perhaps to dignify it.

Was this, perhaps, opera for a world with its eyes – and possibly ears – on
several screens at once, craving instant diversion rather than
satisfaction? Was there even something of the postdramatic to it? I can see
that the argument might be made, but frankly, in this particular case, I
think not; or if it is, then there really ought to be more to it than this.
Constant changing of the emperor’s still newer, still more sparkly, clothes
– ‘by artist, campaigner and designer Daniel Lismore, described by Vogue as “England’s most outrageous dresser”’ – was not enough,
never nearly enough. Nor was there any sign of irony, of critique, of
anything more than camp excess really – which is not to deny the excellent
artistry of those on stage, doing what they could. Carry on Birtwistle, then? It just about qualifies as a point of
view, I suppose; or, better, as the slender basis for one. I cannot help
but think that it would have been better left on the shelf, along with the
rest of this wasteful production: a non-ironic cross between Robert Lepage
and Liberace. 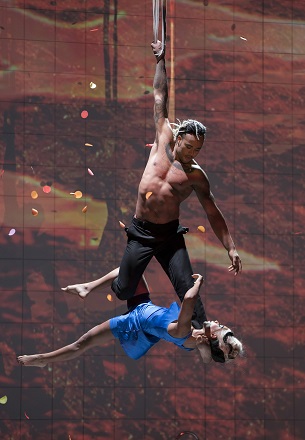 The absurdity might have worked; all manner of things might have worked;
however, in the absence of a connecting pair of ears, let alone anything
between them, this was doomed to remain an endless parade –
in a decidedly non-Birtwistle sense – of effortful vulgarity on- and
offstage, as idiotic as it was wasteful. Wherever one looked, one was
assailed with advertisements for a crystal company to which I shall refrain
from granting further publicity. Nothing could have lain further from the
essence of Birtwistle’s score, nor indeed from Peter Zinovieff’s libretto.
Yet such contradiction was not fruitful; nor even, so it seemed,
intentional. If anything, it simply suggested a director out of his depth –
and not even in the opera’s shallows. The true tragedy, of course, lies in
the damage this may do to prospects for a third production, even for a
further concert performance. Not for the first time, alas, ENO has snatched
defeat from the jaws of victory.

The Mask of Orpheus