40 years later, countless musical masterpieces from the 17th and
18th centuries which were then unknown, forgotten or
unfashionable are now familiar to and beloved by audiences, and academics,
as a result of Christie’s musicological excavations – often in the
BibliothËque Nationale de France – which have led to the rediscovery of
countless Baroque treasures.

Honoured by scholars, critics, the listening public and the French state –
he was awarded the lÈgion d’honneur in 1993 and in 2008 was
elected a member of AcadÈmie des Beaux-Arts – Christie has introduced the
repertoire of seventeenth- and eighteenth-century France to a wide
audience. But, if Les Arts Florissants’ first triumphs were in
French repertoire – Charpentier’s ActÈon in 1981, and Lully’s Atys which was staged at the OpÈra Comique is 1986 – then during
the past four decades there have also been many acclaimed performances of
Italian works by Monteverdi, Rossi, Scarlatti and Landi, and Christie has
neglected neither Handel, nor Purcell whom he has championed as ‘almost
more French than the French’.

This gala performance at the Barbican Hall celebrated those 40 years of
performances and pioneering, taking us on a tour of the Baroque, starting
in England and then hopping across to the Channel to conclude in France.
With a flourish, Christie invited the three trumpeters (Guy Ferber, Gilles
Rapin, Serge Tizac) of Les Arts Florissants and percussionist
Marie-Ange Petit to welcome us with a vibrant, surging fanfare. The
Sinfonia to Act 3 of Handel’s Atalanta introduced the rest of the
instrumentalists, the violins (led by Hito Kurosaki) standing, the string
sound beautifully tender and warm, and enriched by sweet oboes (Peter
Tabori and Machiko Ueno) and dynamic theorbo (Thomas Dunford). Zadok the Priest was characterised by fluidity, as lovely long bow
strokes swept the waves of harmony onwards, indeed almost seeming to catch
out the Choir of Les Arts Florissants who leapt to their feet just
in time for their stirring choral entry. Christie coaxes, rather than
‘conducts’: his performers clearly know what he wants and how to create it,
and the ensemble camaraderie was plain to see.

“Welcome to all the pleasures” sang tenors Paul Agnew and Christophe
Dumaux, baritone Marc Mauillon and bass Lisandro Abadie, Purcell’s Ode for St Cecilia’s Day providing an apt ingress. And, the
pleasures were indeed plentiful, just as the spirit was one of celebration
and fun. The soloists strolled with relaxed ease to the centre-stage,
Christie’s smile was omnipresent. French soprano Sandrine Piau brought
lyricism and, acting vivaciously, a touch of ecstatic passion to ‘Tornami a
vagheggiar’ (Handel, Alcina), while Christie kept the counterpoint
buoyant and didn’t dally at the cadences – just long enough for Piau to
demonstrate how to execute an elegant Baroque trill.

Countertenor Christophe Dumaux is one of those who have benefited from
Christie’s establishment in 2002 of Le Jardin des Voix, a biennial
academy for young singers which has provided many talented newcomers with
encouragement and opportunity at the start of their international careers.
Dumaux’s rendition of ‘Vaghe pupille’ (Orlando) matched Piau for
dramatic presence, and despite singing much of the aria on his knees, the
countertenor displayed fine nuance alongside strong projection. 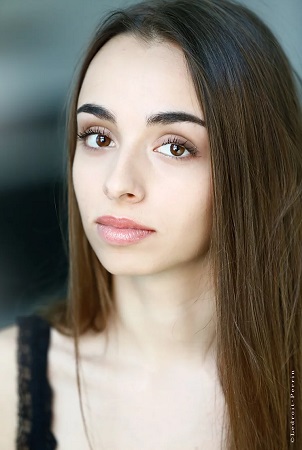 Since 2007, Christie has regularly passed the baton to British tenor Paul
Agnew, now Associate Director of the ensemble. On this occasion Agnew was
required to do double duty, following the late indisposition of tenor
Marcel Beekman, and stepped into the breach with remarkable nonchalance and
flair in the fittingly titled ‘I’ll to thee well trod stage anon’ from
Handel’s L’Allegro, il Penseroso ed il Moderato. ‘Or let the merry
bells ring around’ from the same work offered Maud Gnidzaz an opportunity
to step forward from the Chorus and demonstrate her graceful phrasing and
clear tone. Another alumni from Le Jardin des Voix, French
mezzo-soprano Lea Desandre, provided one of the evening’s highlights: the
focus and beauty of the long lines of ‘Scherza infida’ (Ariodante)
were transfixing.

Agnew stepped onto the podium for a sequence of lively numbers from
Purcell’s King Arthur and The Fairy Queen in which he
brought the rhythmic vigour, by turns rugged and refined, to the fore, and
emphasised the energy conjured by the instrumental dialogues. But, his role
as director did not preclude taking the solo spot too, and, Agnew swiftly
turned his back on his players to deliver the florid lines of ‘Come all,
come all ye songsters’ in nimble fashion. Just as sprightly were the
trumpets’ ‘echoes’ in the trio, ‘May the God of Wit inspire’, and ‘Sing
while we trip it’ in which Piau led the chorus of Fairies through their
dainty Dance before delivering ‘Now the night is chased away’ with
tenderness and clarity. 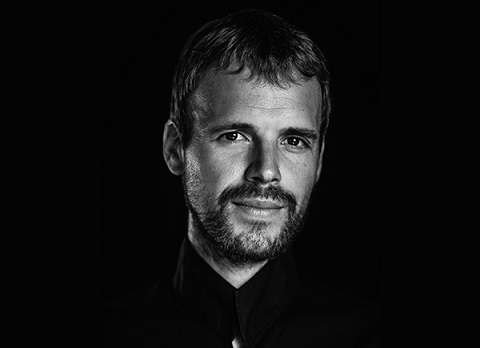 So, to France, after the interval, beginning with Piau’s rich-toned
rendition of Charpentier’s ‘Que mes divins concerts’ ( Les Arts florissants) followed by ‘Amour du ciel at de la terre’
in which the choral voices blended beautifully even as the rhythms pulled
them this way and that. But, it was the men who held the spotlight at the
start of the second half. The extent of Christie’s influence and impact was
further confirmed by the exquisite timbre and eloquence of Marc Mauillon
(another Le Jardins des Voix ‘graduate’) in HonorÈ
d’Ambruis’ ‘Le doux silence de nos bois’, to which Dunford provided a plump
and persuasive complement. Here was another newly discovered treasure, an
air composed by the French composer and singing teacher, previously unknown
to me, but who Grove tells me published 23 airs during the last
four decades of the 17th century in various collections
including his

Christie resumed his position at the helm for the Prelude and ‘Dormons,
dormons tous’ from Lully’s Atys with Agnew taking his place
alongside Mauillon, Abadie and Jonathan Spicher, who stepped forward from
the Chorus. But, it was Rameau who dominated the latter part of the
performance, with an extended sequence of numbers from Les FÍtes d’HÈbÈ ≠- an honest and direct ‘Pour rendre ‡ mon hymen
tout l’Olympe propice’ by Desandre – Hippolyte at Aricie – strong,
assertive singing from Mauillon in ‘Ah! Qu’on daigne du moins’ followed by
‘Puisque Pluton est inflexible’ – and PlatÈe. Rameau’s only comic
opera provided an ‘excuse’, if such was needed, for further high-spirits
with the violins (led in the second half by Emmanuel Resche-Caserta)
leaping to their feet for the Overture, Agnew demonstrating agility at the
top of his tenor and on the dance floor in ‘Que ce sÈjour est agrÈable’,
and Piau ruffling her coiffure and rippling through the virtuosity of
‘Formons les plus brilliant concerts.

A sequence from Les Indes galantes brought the party to a close,
with Les Arts Florissant illuminating the coloristic richness of
Rameau’s sparkling box of exotic delights. But, that was not quite the end:
the full ensemble came together for two encores, Rameau’s ‘La naissance
d’Osiris’ and the final chorus from Charpentier’s Les Arts florissants. It was a long evening, but who would deny
Christie, Agnew and their colleagues a little self-indulgence after 40
years of repertoire-revolutionising music-making.