So recalled Franz Schubert’s friend, the painter Moritz von Schwind
(1804-71) – with, no doubt a liberal dash of nostalgia – when describing to
the composer Ferdinand Hiller (1811-85) the convivial evenings during which
Schubert’s fellow artists, friends and patrons had gathered to hear the
composer and his musical companions perform his new songs and instrumental
works. Forty years after Schubert’s death, Schwind began a sepia
representation of a grand party of regular ‘Schubertiad’ attendees,
writing in 1868 to the poet Eduard Mˆrike: ‘I have begun to work at
something which I feel I owe the intellectual part of Germany – my
admirable friend Schubert at the piano, surrounded by his circle of
listeners. I know all of the people by heart.’

In this drawing, Schwind and his fellow artists, Wilhelm August Rieder and
Leopold Kupelwieser, stand side by side behind the seated ladies. Literary
circles are represented by Franz Grillparzer, Johann Senn, Johann Baptist
Mayrhofer, Ignaz Castelli and Eduard von Bauernfeld, positioned on the
extreme right. The host, Austrian nobleman Joseph von Spaun, is seated to
the left of Schubert who, at the piano, accompanies baritone Johann Michael
Vogl. The latter, chest somewhat pompously puffed out, extends one hand
towards the music. The poet Franz Adolf Friedrich Schober, in the second
row on the far right, flirts with Justina von Bruchmann (sister of the poet
Franz von Bruchmann). Over-looking all, the portrait of Countess Caroline
von Esterh·zy, the former student for whom Schubert nurtured an unrequited
passion, peers down on the lively gathering.

Schwind’s representation is undoubtedly idealised rather than documentary.
But, the vivacity of the scene matches that in Ferdinand Georg Waldm¸ller’s
sketch of 1827, which depicts soprano Josephine Frˆhlich, Vogl and
Schubert engaged in active, social and spontaneous music-making. Both
images present performance contexts that are quite different from those
familiar today and pose interesting questions. Who are the audience and who
the performers? How do the performers and audience relate to each other? 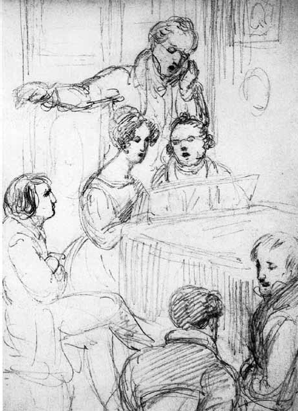 Such questions are of great interest to director and musician Thomas
Guthrie, who will celebrate the 200th anniversary of Schubert’s three great
song cycles – Die schˆne M¸llerin (1823), Winterreise
(1827) and Schwanengesang (1828) – with new arrangements of each
cycle, using period instruments and puppetry to bring the cycles’
narratives to life:

“I have always thought that the genesis of the songs – and particularly the
cycle – came about in a much more creative, spontaneous and relatable
storytelling atmosphere than we’ve become used to. The sense you get from
contemporary reports and paintings conjures a world where friends dressed
up, recited and sang poetry, played different parts, brought different
instruments. This

Music and Theatre for All project

will celebrate this historical approach, take it further, and help these
songs to reach a wider audience.” 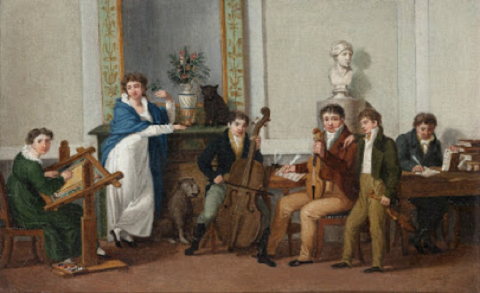 Working with the historically informed performance ensemble Barokksolistene,
Guthrie will record these new arrangements for Rubicon Classics during 2020
to 2022. Tours will then follow to coincide with the 200th anniversary of
each cycle. The Schubert 200 project is supported by

Music and Theatre for All
, a charity founded by Guthrie in 2013 which aims to connect performers and
public through transformative music and theatrical projects.

Discussing the Schubert 200 project with Tom, I ask him about its
genesis and what he hopes to achieve. He explains that Schubert’s song
cycles, especially Die schˆne M¸llerin, were works that he
encountered and sang as a teenager, and that, as his own work has developed
over the years since, so has his understanding of and response to these
songs.

Tom first worked with puppets in 2001 when performing in a production of
Purcell’s The Indian Queen. Schubert 200 was, in a sense,
born three years later when Tom was asked to preparer =and direct a
performance of Winterreise for New Kent Opera – for singer,
puppet, guitar and piano – with animated drawings by Peter Bailey
and puppetry by Mandarava.
New Kent Opera’s 2004 Winterreise was presented at the Theatre
Royal Margate, a Grade II listed theatre dating from 1787. Since then it
has become well-travelled and internationally admired, a recent revival, in
a new arrangement, taking place at Princeton in 2017. 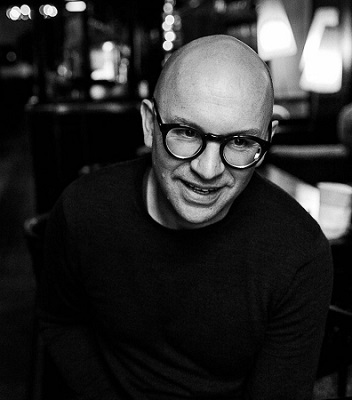 Tom suggests that working in new contexts, with attendant practical and
budget constraints, can excite the imagination in fresh ways. He also
emphasises the opportunities afforded by preview performances which enable
one to evaluate what ‘works’ and what doesn’t, and to amend and develop in
response to audience reactions. “What do they hold on to? What doesn’t
translate?” The notion of involving the audience in the act of creation is
clearly an important aspect of Tom’s creative process and storytelling is
paramount.

Performing with puppets, he believes, can change a performer’s perception
of a piece, encouraging them to find new ways of telling stories and thus
forge fresh dialogues with audiences. In 2014, MTFA supported a performance
of

, arranged for two guitars, percussion, tree branch, double bass, violins
and viola, directed by Tom and performed by Barokksolistene and tenor
Robert Murray, with a puppet designed and made by Mandarava. At a Q&A
session following a performance of Monteverdi’s L’Orfeo at the
York Early Music Festival last year, Tom was asked why he had added things
that ‘got in the way’ of the musicians? An ‘answer’ was provided by a blind
audience member who declared that their awareness of new dynamics between
the performers onstage – the ‘swish’ of the puppets’ costumes, for example
– had made this the most enjoyable performance of Schubert’s cycle that
they had experienced. Tom adds, “For puppets to work, the performance must
compel the audience to imagine and thereby invite them into the work.” 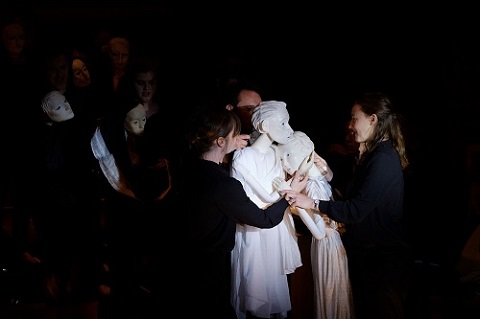 Just as using puppets can make stories accessible in news ways, so creating
new arrangements of these song cycles can create new opportunities for
musicians to connect with each other and audiences. The orthodox formality
of a singer standing beside a modern grand piano in the concert hall might
be challenged in productive ways which facilitate new channels of
communication and creativity. Tom describes how the Barokksolistene
soloists gather to explore themes and colours, and that improvisation is an
important element of the creative process. The forthcoming Rubicon
recordings of Schubert’s song cycles will be similarly organic, built layer
by layer as the performers respond to each other, and Tom emphasises that
the value of working with musicians who are well-versed participants in
such musical conversations cannot be overstated. Similarly, although the
puppetry will be incorporated in the later stages of the project, Tom
explains that the performers’ prior involvement with puppetry, in the
context of these cycles, has undoubtedly shaped and changed their
perception of the works. Moreover, live performances with workshops are
planned as part of the creative process.

I wonder, though, about the problems that might arise when arranging
Schubert’s setting of Wilhelm M¸ller’s Die Winterreise and
creating new sounds, sequences and stories. Is our knowledge of, and
familiarity with, the musical and psychological narrative of Schubert’s
cycle too entrenched to be easily relinquished? Tom reminds me that there
is an inherent creative flexibility in Schubert’s settings of M¸ller’s
twenty-four poems one which invites re-consideration and recreation.
Indeed, M¸ller’s Die Winterreise was first published as group of
twelve poems in the journal Urania in 1823. Schubert came across
and set these twelve poems in 1827, dropping M¸ller’s ‘Die’ in his Winterreise. M¸ller subsequently published a longer version, in
the second volume of his poetry, interweaving twelve new poems into his
original sequence, though the former were not scattered evenly. When he
came across these new poems, Schubert was reluctant – presumably for
reasons relating to the musical relationships between the songs – to change
the order of the songs in his cycle, so his settings of the new texts were
simply added onto the original sequence.

Much has been written about the relationship between the song cycle and the
poem sequence, not least the altered order of the final songs in Schubert’s Winterreise: M¸ller’s ‘Die Nebensonnen’ is the twentieth poem and
‘Mut!’ and ‘Der Leiermann’ bring the sequence to a close; Schubert’s final
three songs are ‘Mut!’, ‘Die Nebensonnen’, ‘Der Leiermann’ – something that
pianist Graham Johnson has argued was ‘one of the greatest examples of
necessity being the mother of sublime invention’. Others disagree, but such
debates certainly seem to imply inherent tensions and energies which might
invite and inspire creative reinterpretation. 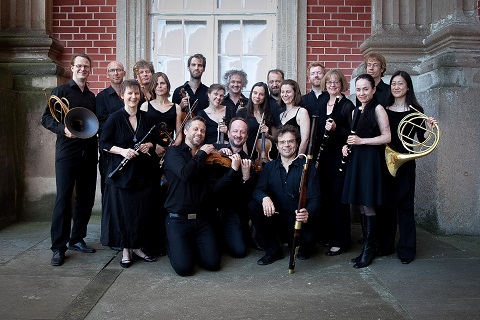 I ask Tom if Schwanengesang presents particular problems, given
that it is not a ‘cycle’ in a conventional sense, rather a compilation of
two different sets of songs – to seven texts by Ludwig Rellstab and six by
Heinrich Heine – gathered together by the publisher Tobias Haslinger (who
added a further song, ‘Die Taubenpost’, to a text by Johann Gabriel Seidl)
three months after Schubert’s death. Did Schubert himself intend to combine
these songs and if so, how? The songs don’t tell a story as such, though
there are unifying poetic themes – nature and love’s trials being the
concern of Rellstab’s poems, loss and despair the focus of those by Heine.
Tom relishes the creative potential of the questions posed by Schwanengesang, and notes that if one places Schubert’s Heine
settings in the order in which the poems were written, a narrative
does emerge. Moreover, it is complemented by a compelling musical
narrative, for this re-ordering reveals an extraordinary key sequence
formed of semi-tonal shifts between the songs which culminates in ‘Atlas’
with a dramatic harmonic fall of a minor third. I can see that, for Tom, a
story is forming! One perhaps founded, he allows, on coincidences; but,
such coincidences can enable one to learn new things, see works differently
and create new dialogues with audiences.

After my conversation with Tom, I reflect on my own CD collection – seven
recordings of Winterreise by different singers, all accompanied by
a modern concert grand – or of the countless performances I have enjoyed of
Schubert’s songs cycles in the intimacy of Wigmore Hall during the past
thirty years. Perhaps it is time to reimagine such modern orthodoxies.
There has never been, and there is not, just one way of interpreting and
performing ‘canonical’ classical repertory. Listening online to some early
20th-century recordings of Schubert’s lieder – German-born
baritone and composer

singing ‘Der Leiermann’ at the age of 69 – I am struck by the way that the
informal, conversational tone of these performances makes one feel closer
somehow to the 19th-century song traditions of Schubert.

In his book Schubert: A Biographical Study of His Songs (1971),
Dietrich Fischer-Dieskau asks, ‘Should one perform Die Winterreise in public at all? Should one offer such an
intimate diary of a human soul to an audience whose interests are so
varied?’, adding that the songs are ‘not for that section of the audience
which expects only a refined, aesthetic experience’ from an evening of
lieder. Communicating to and connecting with audiences, involving them in
the process of creation and performance, lies at the heart of the Schubert 200 project. And, I remember the words of Ferdinand
Hiller describing the time when, at the age of sixteen, he first heard
Schubert sing: ‘One song followed another – the donors were tireless, the
receivers were tireless. Schubert had little technique, Vogl had little
voice, but both had so much life and feeling, were so absorbed in their
delivery, that it would have been impossible to perform these wonderful
compositions with greater clarity or with greater sincerity. We thought
neither of the piano playing, nor of the song: it was as though the music
had no need of any material sound, as though the melodies were revealing
themselves like visions to ethereal ears.’