Classical Opera and The Mozartists are delighted to announce the launch of ‘RE-LIVE’, a new initiative undertaken in collaboration
with the recently established music platform Exit Live.

Each month between now and the end of the year they will release an archive
recording of one of their past concerts for paid download. Conductor &
Artistic Director Ian Page writes:


“To compensate for our current inability to give live performances, we
are collaborating with Exit Live to make archive recordings of fondly
remembered concerts available for moderately priced download. These
monthly releases will enable us to maintain our close connection with
our followers, and also to reach wider audiences across the globe,
while also providing our wonderful artists with a thread of much-needed
income during these difficult times. The majority of our total revenue
from each recording will be shared directly and equally among every
performer who took part in the concert.”

The first release, which is already available for download from the Exit
Live website, is a recording of a memorable concert given at London’s
Wigmore Hall in May 2016, when the internationally renowned Swedish
mezzo-soprano Ann Hallenberg joined Ian Page and his
acclaimed period-instrument ensemble in a programme of rare and familiar
masterpieces from the second half of the eighteenth century. 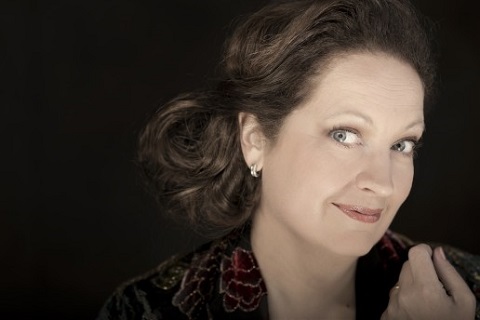 Hallenberg sings a fascinating selection of arias by Gluck – including his
celebrated depiction of paradise in ”Che puro ciel” from Orfeo ed Euridice – and Mozart – culminating in Sesto’s
magnificent ”Deh, per questo istante solo” from his valedictory La clemenza di Tito. The programme also features two superb but
rarely performed minor-key symphonies which hail from Hallenberg and Page’s
homelands – the intense and fiery C minor symphony by ’the Swedish Mozart’
and a G minor symphony by Mozart’s friend and mentor, ’the London Bach’.

Future releases in The Mozartists’ ‘RE-LIVE’ series will be announced in
due course, and are likely to include complete operas, UK premiËres and
further Wigmore Hall concerts.