Recent OLF’s have focused on a single composer, such as The Schumann Project in 2016, or a specific context, such as fin-de-siËcle Vienna during 2017’s spotlight on ‘last of the
Romantics’, Gustav Mahler, and 2018’s The Grand Tour: A European Journey in Song. In 2019, a theme
united the diverse concerts and events: Tales of Beyond – Magic, Myths and Mortals. In conversation,
Artistic Director Sholto Kynoch explained that there were several factors
behind the drive to expand the aesthetic sweep of this year’s Festival,

“It was a combination of two things. First, a desire to look forwards, as
part of our Song Futures initiative through which we commission
new works and programme existing works by living composers. We aim to
present at least three world premieres every year, and this year audiences
will be able to hear the music of 27 living composers. Then, I was keen to
include more early music, to go back to the Baroque and earlier, and to
explore links between different parts of the song repertoire that have
developed over time. In song, there’s naturally a relationship between
music and literature, but we wanted to expand such connections to embrace
the visual arts, philosophy, any subject really.” 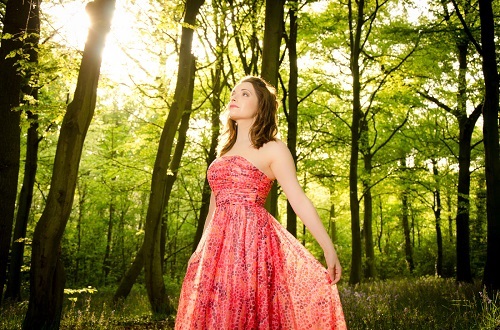 Inevitably, some of Sholto’s initial plans for such interdisciplinary
conversations and interactions have been compromised by the global
pandemic, but in other ways the necessity of delivering a Festival online
has opened up new opportunities, and the range and scope of this year’s
events and performances is astonishing. One strand that caught my eye is
the focus on Hafez, the 14th-century Persian poet, and his reception and
influence on both western literature and art-song across the centuries.
Following a study event,

Hafez and Persian Poetry in Song

– in which Dominic Brookshaw, Fellow in Persian at Wadham College, will
introduce Hafez and the intricate ghazal form in which he wrote;
Francesca Leoni, Assistant Keeper and Curator of Islamic Art at the
Ashmolean Museum will reveal some of the treasures of the Museum’s
collection; British-Iranian composer Soosan Lolavar, Professor of
Composition at Trinity Laban Conservatoire, will discuss Iranian musical
traditions; and British-Iranian soprano Soraya Mafi will performs songs by
Schubert, Schumann and Wolf, and a setting of Rumi, ‘Heart Snatcher’, by
the young Iranian composer Mahdis Kashani – bass-baritone Michael Mofidian
and pianist J‚ms Coleman will perform a programme which
includes settings by Schumann of R¸ckert and texts from Goethe’s West-East Divan, both heavily influenced by Hafez, as well as
songs by Brahms setting Georg Daumer’s translations of Hafez and four
Russian translations set by Nikolai Tcherepnin. 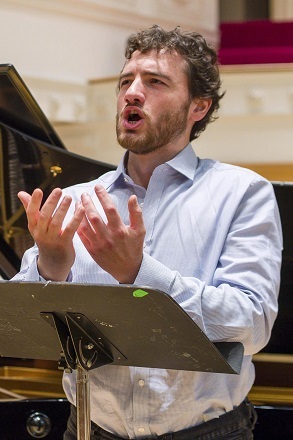 After a second study event,
exploring translations such as Goethe’s West-Eastern Divan, which
have been set by many composers, and a discussion about the way in which
Hafez has continued to inspire composers – such as Karol Szymanowski and
Sally Beamish – during the twentieth and twenty-first centuries, the Hafez
day will culminate with a

recital by Ian Bostridge, this year’s artist-in-residence, and Julius Drake in the Holywell Music
Room, including settings of R¸ckert by Schubert and Mahler, some of Wolf’s
Goethe settings, and selections from Hans Werner Henze’s Songs from the Arabian, which was written for Bostridge in 1996. 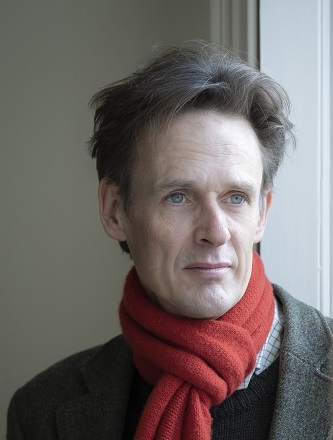 Why Hafez? Sholto’s interest in Muslim-Western cultural encounters in the
eighteenth and nineteenth centuries was initially sparked when he attended
a lecture at Oxford’s Persian Institute. He points out that the ghazal form was written to be sung, and a little research reveals
that nineteenth-century Orientalists such as Sir William Jones – the
‘father’ of Persian studies in the West, who translated Persian, Arabic and
Turkish poetry into English, French and Latin – responded to both the
Romantic sensibility of his poetry, its beauty, wildness and sublimity, and
to its musicality: ‘The wildness and simplicity of Persian Song pleased me,
so much that I have attempted to translate it in verse […] I have, as
nearly as possible, imitated the cadence and accent of the Persian measure,
from which every reader, who understands music, will perceive that the
Asiatic numbers are as capable of a regular measure as any air in
Metastasio.’ Sholto’s reference to Hafez as “a sort of Shakespeare-figure
in Iran” makes me wonder whether Jones’ translations had a similar impact
on the development of ideas and literature as translations of Shakespeare
did on French and German Romantics. The events will, he says, explore
“eight centuries of the reception of Hafez”. 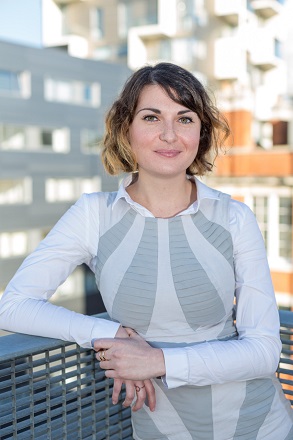 
The Great Debate, led by Paul Smith, Director of Oxford University’s Museum of Natural
History, promises similarly broad and diverse cultural discussion and
engagement. In the context of considering the significance, past and
present, of the ‘religion versus science’ debate initiated by Darwin’s
concept of evolution by natural selection – and in the very room, the
Huxley Room, which on 30th June 1860 hosted the
‘Huxley-Wilberforce Debate’ – the ways in which these ideas influenced both
the general outlook and choice of song texts of Elgar and Chausson will be
explored. “The influence of nature on composers is well-known,” says
Sholto, “but the context of the exploration of new land, advanced travel,
and growing understanding of the natural world were strong influences at
that time. If anything, the arguments between Darwinists and tradition
theologians made the natural world even more miraculous as there was
increasing awareness of the complexity of nature.” 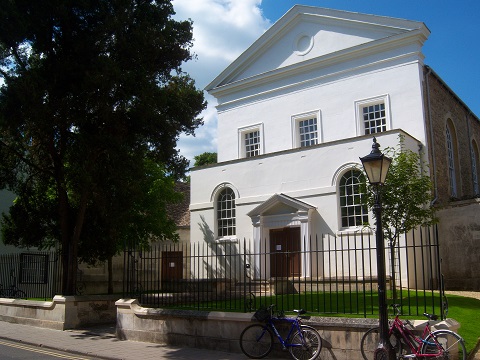 These are ‘big ideas’, and Sholto is aware that hour-long study events can
only scratch the surface. “But, we wanted to draw on being in Oxford,
particularly this year when the digital festival has the potential to reach
a much larger audience. We can champion art-song. It’s been 20 years of
hard slog, getting people through the doors to hear a song recital. Chamber
music festivals have an existing audience that can be relied upon, but with
song it’s a struggle.” When asked why this is so, Sholto suggests it’s
because audiences find art-song recitals and their ‘etiquette’ slightly
intimidating. Recent research into ‘audience experience’ yielded some
interesting findings. “Six ‘culturally aware non-attendees’ – who regularly
attended theatre, exhibitions and other musical events, but who had
consciously decided that song was not for them – were ‘bribed’ to agree to
attend at least five OLF concerts and then asked to write up their
experience. All said they would come back in the future. One said that it
was only at their fourth concert that that realised it was acceptable to
look at the singer.” It’s disconcerting, Sholto says, to be so close to a
performer, who “looks you in the eye and pours their heart out”, and “it
can be unnerving to see someone emote and communicate, and feel
with you.” 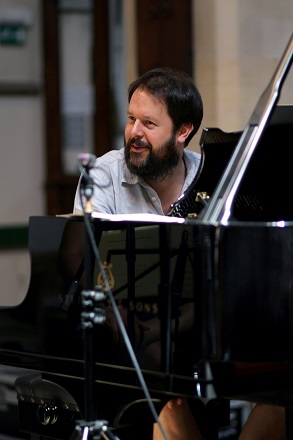 Not only will larger audiences be reached, but this year’s OLF events will
take place in a wider range of venues in and around Oxford – Broughton
Castle, the Ashmolean Museum, the Bodleian Library, Trinity College, the
Upper Library in Queen’s College, Merton College Chapel, Oxford’s Botanical
Gardens. Sholto had hoped to livestream all the performances and events, but the challenges in making the study events fully live proved unassailable. That said, 30 out of 40 events are fully live, and the ten study events all have an element of live interaction; these are pre-recorded but will be framed by live discussions with the speakers before and after the event. As
Sholto says, “With a digital Festival, it’s not possible to meet in person,
but audiences can still ‘meet’ performers, and perhaps in ways not possible
in formal concert situations.”

Indeed, the digital world has opened up new possibilities and will
undoubtedly lead to richer experiences in the future, when ‘normal’
concert-going life hopefully resumes. The April 2020 Spring Festival had to
be cancelled, but OLF were able to present online recorded interviews with
singers: in these early days of lockdown, Sholto laughs, “there were no
production values at all … but people loved it. It was fantastic being able
to ‘meet’ with a favourite singer in their living room for a chat.” 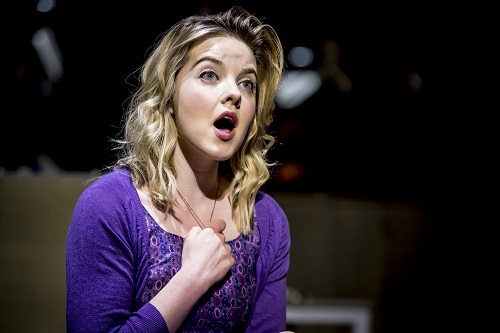 Another initiative this year is that each evening recital will begin with a
short group of Schubert songs performed by singers – including Fleur
Barron, Rowan Pierce, Nardus Williams, William Morgan, among others – who
have begun forging successful careers in the last few years, “carving their
way up the ladder”, but who have been very hard hit by the current crisis
in the performing arts. In total, 110 artists have been engaged for the
Festival, even though it is “half the size of normal”: “We’re proud and
pleased to be providing work for people in this desperate time.”

OLF’s outreach and educational work has also been affected by the pandemic.
A project involving primary schools, which saw small numbers of students
working to create their own song cycle, was on the cusp of expansion: “we
wanted to keep the integrity of the close contact with groups of five or
six students, but also enlarge the reach, and planned to work with an
entire school, making six or seven visits over two terms, working towards a
whole-school concert presenting words and music that the students had
produced themselves.” Online activities are still ongoing, and visits
should resume in January 2021, though the project has been necessarily
scaled back. 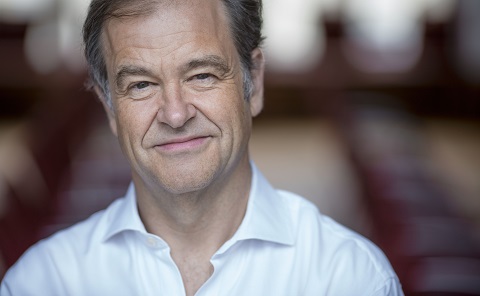 And, looking ahead, what of next spring, and of OLF’s 20th
anniversary events next year? Covid-19 has inevitably impacted present and
future plans. This year’s Festival features no large ensembles – though

and the Orlando Consort
perform late night concerts – or two-singer recitals. A winter residential
course has been cancelled. Sholto confesses that he is six months behind in
terms of planning: there was so much extra work for this year’s Festival,
“the whole programme had to be rethought, everything had to be learned from
scratch and involved complicating factors – filming, streaming.”

The 2020 Oxford Lieder Festival runs from 10th-17 th October. Festival and Day Passes, and Single Event
Tickets can be purchased