Knussen, whose father was principal double bass of the London Symphony
Orchestra for nearly twenty years, was one of the towering figures of
British post-war contemporary music, as a composer and conductor, teacher
and artistic director. At the age of fifteen, he conducted the premiere of
his own First Symphony with the LSO, when their principal conductor, Istv·n
KertÈsz, was indisposed. His father played in the first performance of
Benjamin Britten’s church parable Curlew River by the English
Opera Group directed by Colin Graham, on 13 June 1964 at St Bartholomew’s
Church, Orford. The young Knussen attended all the rehearsals, receiving
encouragement from Britten who commissioned a work from the young composer
for the 1969 Aldeburgh festival. He later became the festival’s artistic
director from 1983 to 1998. Turnage studied with Knussen when he joined the
junior section of the Royal College of Music; he paid warm tribute to his
teacher, mentor and friend in conversation with

This musical tribute began with Knussen’s own music: ‘Songs and a Sea
Interlude’, which draws episodes from his fantasy opera, Where the Wild Things Are (1979-83), into a seventeen-minute
account of the imaginary adventures of Maurice Sendak’s naughty young
protagonist, Max. The LSO musicians – string and woodwind players
spread across the floor of St Luke’s, horns aloft in the balcony – and
Sir Simon Rattle were joined by soprano Lucy Crowe who brilliantly
embodied the petulant five-year-old, first cheeky then sombre, cocksure
then afraid, reviving memories of her strongly characterised Vixen in
the LSO’s semi-staged performance of

at the Barbican Hall in June 2019
. Her soprano was unwaveringly clear and pure, and skilfully nuanced as
she negotiated the exuberant swoops and cries, and tender pleas and
wonderings, with pinpoint accuracy. In scene one, the young lad – who
is dressed in a wolf suit and wielding a toy sword – pompously asserted, “I’m
Max! M-A-X the wolf”. Bossily, he bullied and beat his toys. Later, hungry
and alone, and frightened by his own dream of flying high, he yearned for
his mother. “I’ll say, ‘Now stop’, and she’ll catch me,” sang Crowe, with
heartfelt pathos and sincerity. 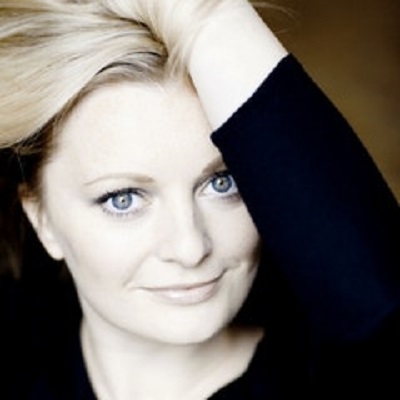 The LSO whistled, rustled, flickered, sparkled, gruntled and growled,
like the monsters and beasts that young Max encounters on his fantasy
escapades, as Rattle carefully and subtly sculpted every one of
Knussen’s musical delicacies. In the sea interlude the harp and solo
horn conjured the palpable ripples and intangible mysteries of the
eerie ocean. Rattle crafted the
constantly shifting colours and textures into a mesmerising mosaic: a
genuine musical kaleidoscope.

Turnage’s Last Song for Olly is dedicated to the memory of his
former teacher, who was affectionately known as ‘Olly’, or ‘Big Owl’, to
his friends. It began with an animated dance that wriggled and jived
excitedly, seeming to capture the energy, invention, warm generosity
and playful humour of Knussen. The sequence of swirling dances, as rich and colourful as his mentor’s music –
alternated with more sombre chorale-like episodes, poignant,
slow-moving chords played by horns and brass being flecked with dashes
of colour and light from the woodwind, strings and percussion. The
temperature seemed to cool, and the mood darken, when the material
passed to muted trombones, whose chords were lightly nudged by
grumbling double bass motifs, and high woodwind, floating on a shimmer
of vibraphone. But, the dancing sprites gradually edged their way back
into the texture, before brassy surges and forthright timpani
assertions pushed towards a tutti restatement of the chorale
theme. The full and glowing soundscape seemed to embody Knussen’s
largesse and greatness, as a musician and man – the man who was
lovingly remembered and honoured in Turnage’s concluding elegy, the
‘Song for Olly’, eloquently introduced by the four horns and then
shared by all. The bright sheen of the full ensemble – Turnage apparently had to reduce his scoring for this performance, since the LSO were straining the seams of St Luke’s – finally faded into quietude, guided on its journey by solo double bass reflections and
finally borne aloft by high woodwind.

Explaining how and why the programme had been devised, Rattle commented
that in a ‘normal’ concert, one wouldn’t think of ending a concert with
an off-stage horn solo, “But, in these times, it seems to tell a
different story.” The horn solo which opens Britten’s Serenade for tenor, horn and strings did indeed seem to
commence a narrative, one played with firm definition and stature by
Richard Watkins. ‘Pastoral’ had a tremulous, distant quality. Allan
Clayton floated the stanza beginnings, and the tempo was restrained,
but the tenor warmly projected Charles Cotton’s strange image,
“Molehills seem mountains, and the ant/Appears a monstrous elephant”,
triggering lively, light pizzicatos, before the low horn pedal pulled
all back into the shadows once more. ‘Nocturne’ had a visceral inner
energy which was at times quelled by Clayton’s beautifully hushed head
voice, nuanced by a lovely vibrato, and then released in the bloom of
the horn’s agile, leaping bugle and the tenor’s surging celebration of
the echoes that “roll from soul to soul,/ And grow for ever and for
ever.”

The horn’s semitone falls in the ‘Elegy’ sounded even more portentous
than usual, and laden with both sadness and anger. In the current
political landscape, Blake’s vision of a morally stricken Albion, “O
Rose, thou art sick”, felt disconcertingly pertinent. Rattle and
Watkins shaped the movement in a way which seemed to compel the
listener to search ever deeper within themselves, the horn’s final
squirms leaving an uncomfortable echo in the silence. But, Clayton did
not let it linger for long, taking up the story in ‘Dirge’. His diction
was exemplary, and while the delivery was supremely controlled there
was a certain latent wildness, of a ‘Grimesian’ kind, in the upwards,
swooping octave leaps and vocal intensity, and in the strings’ precise
and pressing counterpoint. Watkins was a skipping, light-footed hunter
in ‘Hymn’, enjoying flourishes of high spirits, and Clayton matched him
for agility. Keats’ ode to sleep had a rhapsodic freedom and, again, a
slightly ‘untamed’ spirit, the dynamics ranging widely and suddenly,
the mood fitful and restless. The image of the “curious Conscience,
that still lords/ Its strength for darkness, burrowing like a mole”
really did seem to dig down into the bowels of the earth, before Clayton’s plea for the sealing of “the hushËd Casket of my
Soul” floated reverentially into infinity, to be answered by the horn’s
distant reply – plaintive yet purposeful.

There was a terrific directness about this performance. Some streamed
concerts that I have enjoyed in recent months have seemed almost
private, chamber performances, the musicians delighted to be able to
make music together again but seemingly removed from the listeners at
home, and the concert etiquette uncertain in the absence of the
immediate embrace of warm applause. Such performances have been no less
pleasurable for their slightly ‘enclosed’ camaraderie, but Rattle and
the LSO, and both Crowe and Clayton, communicated drama and feeling
with real focus, candour and commitment. As they turned to face the
camera and bow to their online audience, I hope the LSO musicians were
‘hearing’ our appreciation.

, and will also be recorded for future broadcast on Mezzo.