Traditionally, the Fort Worth Opera had
spaced four productions throughout the usual music season. In 2007 the
company grouped them in a four-week May-June festival thatís out to make
Fort Worth a destination city for opera buffs. And it worked ó it worked
magnificently!

ìOur model was the St. Louis Opera Theater,î says Darren Woods, FWO
general director since 2001. ìWe wanted to make this a place that people
like to visit ó and where they can see four operas in only three days!î
The festival gives Fort Worth an identity that sets it apart from neighboring
Dallas. ìWe no longer have to avoid conflicts in dates,î Woods says.
ìWe found last summer that people came over from Dallas and stayed. ìThey
enjoyed the relaxed atmosphere of downtown Fort Worth and appreciated the
ease with which they could walk from good hotels and great restaurants to
Bass Hall, our major venue.î (The cityís many museums, including the Amon
Carter and Kimbell, make Fort Worth an antechamber of paradise for art
lovers.)

Adding to the allure in 2007 was FWOís very first world premiere:
Frau Margot, a work that returned Thomas Pasitieri to composition
for the first time in 15 years. The festival format encourages Woods to do
the kind of programming that will enhance the reputation of his company.
ìWith four operas in repertory we can mix the traditional with the
unusual,î he says. ìIt makes the season easier to market, for we can sell
the four as a package.î Only two of the four 2008 operas qualify as
traditional: Pucciniís Turandot and Lucia di Lammermoor
by Donizetti. The other two lay equal claim to the ìunusualî label.

Some consider Of Mice and Men to be Carlisle Floydís finest
opera. Yet, although it was premiered in 1970, it is not often encountered on
stage today. ìPeople donít like the novel,î Woods says of John
Steinbeckís 1937 story of two migrant farm workers. ìBut itís a very
American work, and an American company should do it. ìItís
breathtaking!î Woodsí pride is that he has been able to cast Anthony Dean
Griffey as Lennie, the child-like innocent at the heart of the story. Tenor
Griffeyës portrayal of Peter Grimes in the Benjamin Britten masterpiece was
a major event of the current Metropolitan Opera season. Canadian baritone
Phillip Addis sings George.

But for Woods the coup of the season is this countryís first
fully-staged production of Peter Eˆtvˆsí Angels in America,
premiered in Paris, where the Hungarian composer lives, in 2002. ìItís
been done in a small house in Boston,î Woods says, ìbut this will be the
first full-blown American production!î When he saw Angels in Paris
Woods loved the opera, but he was not impressed by the production. ìIt was
a European ëtakeí on a very American subject ó AIDS in this country in
the age of Ronald Reagan,î he says. ìAnd no one really understood it.
They just didnít know how to tell the story.î

Eˆtvˆsí will be in Fort Worth to work with the FWO during rehearsals
of Angels. Turning to the two traditional works programmed for the
summer, Woods points to the ìdream teamî he has engaged for ìLucia:î
Elizabeth Futral in the title role and brilliant, young tenor Stephen
Costillo, who sings Edgardo. ìItís a signature role for Elizabeth,î
Woods say, ìand Stephen has sung Edgardo at the Met.î Woods considers
Costrllo his ìpersonal discovery.î ìWe engaged him as Rodolfo in
ëBohemeí in ë06,î Woods says. ìHeís one of the most promising
young tenors of today.î

\Woods finds it ironic ó and regrettable ó that although the FWO
stages the McCammon Voice Competition, a leading program in the field, the
company has never cast winners in its productions. Thatís being corrected
this summer when Iowaís Elizabeth Bennett and Korean-born Dongwon Shin sing
the title role and Calif in ìTurandot.î ìThey have big, gorgeous
Wagnerian voices,î Woods says. ìAnd Shin sang Califís íNessun
dormaí for our competition. ìThey have both sung these roles several
times elsewhere.î

ìAngels in Americaî will be staged in the intimate Scott Theatre in
Fort Worthës downtown theater district; the other three operas, in Bass
Hall for the performing Ars, the major home of the Fort Worth Opera. The
Forth Worth Opera Festival opens with Angels in America on My 18 and
concludes with the final performance of Of Mice and Men on June 8.
The company has arranged a number of concurrent events to focus attention on
the subject matter of Angels in America. 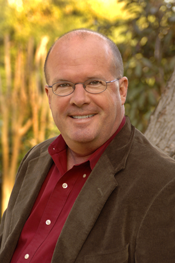 More Life: The Art & Science of AIDS, involves a multitude of Fort
Worth organizations in a community wide effort to focus attention on the
current U.S. AIDS epidemic. On the calendar are performing and visual arts
events, along with educational programs from AIDS service organizations.
Participating social service organizations include AIDS Outreach Center, AIDS
Resources of Rural Texas, Tarrant County AIDS InterFaith Network and
Samaritan House. The HBO production of Angels will also be shown
during the festival.