Christine Goerke, in her debut with this company, delivered a relentless yet at
the same time lyrical performance, one in which Elektra’s early delusions are
transformed by the character’s determination to see her plan for revenge
ultimately realized. Her sister Chrysothemis is sung by soprano Emily Magee,
their mother Klytm‰mnestra by mezzo-soprano Jill Grove, Orest by bass-baritone
Alan Held, and Aegisth by tenor Roger Honeywell. Sir Andrew Davis conducts
these performances which open Lyric Opera’s fifty-eighth season.

At the sound of the distinctive opening chords the stage depicts a
servants’ courtyard at center with, at left, a stairwell leading up to a
stone edifice tilted menacingly. The doorway at the top of the stairwell emits
a reddish glow. During the opening dialogue of the maids Elektra is visible
from time to time caught up in gestures of emotional distress coupled with
sounds akin to laughter. In her defense of Elektra’s nobility of spirit the
fifth maid, sung and declaimed here with admirable attention to diction by
Tracy Cantin, communicates further the tension that accompanies Elektra’s
dilemma. Once the maids have retreated indoors Elektra occupies the stage alone
and delivers her opening monologue. From the start Ms. Goerke uses her dramatic
and vocal powers to portray a character obsessed with the dimensions of past
injustice and future vengeance. Goerke’s calls to her father Agamemnon,
coupled with a narration of his slaughter, are delivered with an impressive and
secure range. In her erratic memory this Elektra intones the dramatic low
pitches of “Sie schlugen dich im Bade tot” [“They murdered you in the
bath”] in flashes with tender appeals phrased piano for Agamemnon in
spirit again to reveal himself [“Zeig dich deinem Kind” (“Appear before
your child”)]. As the orchestra swells gradually toward the close of
Elektra’s extended monologue Goerke’s voice rises in believable excitement
at the thought of a triumphal dance. In her plan for sibling cooperation she
envisions the “Purpurgezelte” [“pavilions of purple”] that will be
erected upon the successful revenge taken for Agamemnon’s death. Here
Goerke’s forte notes matched the orchestral power and were
integrated into a seamless portrayal of distress and vision. The final appeal
to “Agamemnon,” just as at the start of the scene, suggests here through
audible symmetry a barely contained simmer of emotional fury which is still to
be unleashed. 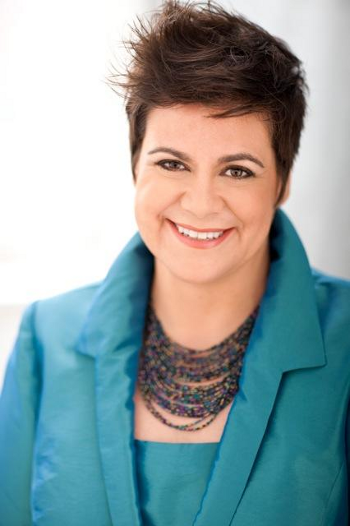 At the entrance of Chrysothemis in the following scene Goerke injects a
palpable scorn into her greeting, “Was willst du, Tochter meiner Mutter?”
[“What do you seek, daughter of my mother?”]. In their interaction and
frenzied discussion of Klytm‰mnestra’s plan to imprison Elektra, Ms. Magee
creates an emotionally complex figure. Her Chrysothemis attempts to warn
Elektra yet also unleashes lyrical pleas to be allowed to live as a woman and
to ignore the past. Once her feelings become charged to the point of declaring,
“Viel lieber tot als leben und nicht leben,” [“So much better to be dead
rather than to live and not live”], Magee’s yearning vocal line rises
exquisitely in contrast to Elektra’s present starkness.

In the following scene Chrysothemis runs off to allow the inevitable
confrontation between Klytm‰mnestra and Elektra. Jill Grove shows herself to
be an equal partner in this vocal and dramatic confrontation, as her
Klytm‰mnestra derides the “paralysis” [“gel‰hmt sein”] of her own
strength when confronted by her daughter. In her address to Elektra the rising
notes on “Habt ihr gehˆrt? Habt ihr verstanden?” [“Did you hear? Did you
understand?”] flow into a solid and chilling contralto pitch on “Ich will
nicht mehr hˆren” [“I do not wish to hear any more”], both establishing
the dread that she herself feels and can likewise inspire in others. The
revelation that a sacrifice must be made to halt Klytm‰mnestra’s nightmares
leads to Elektra’s triumphant announcement that the Queen herself must die as
this “Opfer.” Grove uses appropriately melodramatic gestures to register
the Queen’s horror until a servant provides her with the information that her
feared son Orest has died before returning to the court. As she regains her
composure Grove’s Klytm‰mnestra retreats with her retinue while delivering
exultant cries of relief.

When Chrysothemis announces this very information to Elektra in their
following exchange Goerke’s repetition of “Es ist nicht wahr” [“It is
not true”] communicates her frustration in acidic tones. Elektra reveals to
Chrysothemis that she has hidden the axe used in Agamemnon’s murder and the
sisters must now wield it in lieu of Orest. The accompanying duet between
Goerke and Magee stands out as a lyrical showpiece of this production as their
voices blend and move apart in rhythmic succession. At the ultimate refusal of
Chrysothemis to participate in the vengeance and her flight into the house,
Elektra is left in grim resolve to dig for the buried axe herself.

As Elektra continues to search for the hidden weapon, a shadow appears on
the back and side walls of the stage. The stranger [“Was willst du, fremder
Mensch?” (“What do you seek, stranger?”)] identifies himself as a former
companion of Orest who has come to deliver personally the news of his death to
the Queen. In the scene of recognition Orest is able first to appreciate the
identity of his sister through conversation despite her degraded state. Mr.
Held portrays the stranger convincingly with questioning tones of respect,
until the moment of recognition when his resonant voice blooms into the role of
the heroic brother with a determined mission. In like manner, Goerke’s
dramatic cry of recognition at the identification of her brother is softened as
she sings piano with distended notes of relief and love. Despite their
ecstatic reunion they are reminded of the task as Orest enters the palace. Only
Elektra’s despair at having forgotten to provide Orest with the axe breaks
the awful tension sustained in the orchestral accompaniment. The screams of
Klytm‰mnestra are followed soon by the arrival in the courtyard of a drunken
Aegisth. Elektra assures him passage into the house and to the same fate as
that met by her mother. At the appearance of Chrysothemis in the courtyard and
her joyous declaration of “Gut sind die Gˆtter” [“The gods are
benevolent”], Elektra begins her dance of celebration predicted earlier in
her dramatic monologue. The continued emotional strain has, however, snapped
and Elektra falls down lifeless to the horror of her sister. The final cries by
Chrysothemis of “Orest!” bring about the crashing chords of resolution. The
production of Elektra by Lyric Opera of Chicago with its superb cast
as well as musical leadership by Sir Andrew Davis will remain as a testament to
the innovation and greatness of Strauss’s music.