Guest conductor Karen Kamensek and members of the San Diego Symphony opened the program with a fervent rendition of Verdi’s overture to La Forza del Destino. Clad in a form-fitting black gown, soprano Lise Lindstrom welcomed the audience with a spirited version of “Dich teure Halle” (“You, Dear Hall”) from Wagner’s Tannh‰user. Lindstrom, who sang four selections, was to become the star diva of the evening as she sang with a bright sound that had just the right amount of burnished steel in it. Her Turandot aria, “In questa reggia” (“In this Palace”) was commanding, while her interpretation of Ariadne’s “Es gibt ein Reich” (“There is a Realm”) transported the audience to a place of exquisite beauty. In the last aria on the program, the “Liebestod” (“Love Death”) from Wagner’s Tristan und Isolde, she sang with sweet, plaintive tones that easily rode over the complex orchestration. I, for one, want to see her perform Isolde in the complete opera. 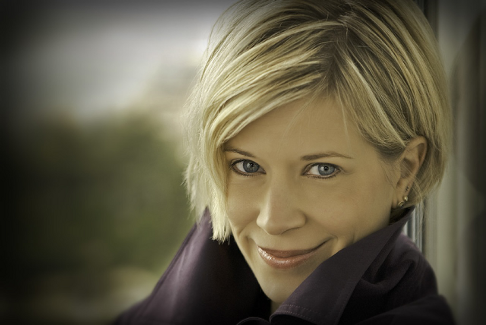 Karen Kamensek
RenÈ Barbera is a most talented lyric tenor who can sing legato music with smooth, resonant tones and florid music with technical brilliance. He and baritone Stephen Powell sang a rousing rendition of “Au Fond du Temple Saint” (“At the Back of the Holy Temple”) from Bizet’s The Pearlfishers. In a second duet, “All’ idea di’ quel metallo” (“At the Idea of that Metal”) from Rossini’s The Barber of Seville, they combined fine singing with expert comic timing. High notes present no danger for Barbera and he sang the aria “Ah, mes Amis, quel Jour de FÍtes.” (“Ah, my Friends, this Festive Day”) from Donizetti’s The Daughter of the Regiment, as thought it was an easy tune. Powell, accompanied by bass-baritone Scott Sikon as the Sacristan and the San Diego Opera Chorus, also sang a soaring, powerful interpretation of the Te Deum from Puccini’s Tosca. 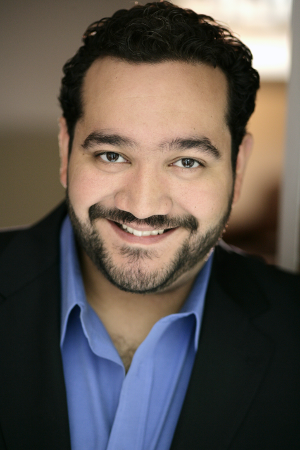 Mezzo-soprano Marianne Cornetti can do wonders with intricate coloratura and her Veil Song from Verdi’s Don Carlo was one of the major delights of the evening. Soprano Emily Magee sang Tosca’s “Vissi d’arte” (“I Lived for Art”) straight from her heart and captured the audience with her first few notes. Later she recaptured the mood with her impressive interpretation of Marietta’s plaintive song from Korngold’s Die Tote Stadt (The Dead City). Bass Reinhard Hagen sang a delightful rendition of Prince Gremin’s aria from Tchaikovsky’s Eugene Onegin and concluded his appearance with the powerful low notes of Sarastro’s “In diesen heil’gen Hallen” (“in these Hallowed Halls”) from Mozart’s The Magic Flute.
The San Diego Opera Chorus, led by Charles Prestinari, delivered musically excellent performances with secure harmonic balances and rhythmic precision. The Triumphal March from Verdi’s Aida was particularly stirring. Karen Kamensek, music director of the Hannover Staatsoper, is an excellent opera conductor who handled this combination of musical styles from various cultures and historical periods with ease. From Mozart to Tchaikovsky and bel canto to verismo, she created the essence of each piece so that the whole program became a crown of gloriously colored individual jewels. San Diego Opera will be back in February 2016 with Puccini’s Tosca. This operagoer will be waiting for its opening with bated breath.
Maria Nockin