The venue describes itself as
‘Part creative community, part arts venue … a non-profit space for
creativity and culture in the heart of East London’: ‘High above Great
Eastern Street, atop the venue, four recycled Jubilee line train carriages and
shipping containers make up the creative studios of Village Underground’ —
but for this performance (part of the Spitalfields Festival) by the Armonico
Consort and soloists, under the direction of conductor/harpsichordist
Christopher Monks, we were located in the main auditorium, a ‘renovated
turn-of-the-century warehouse primed for everything from concerts and club
nights to exhibitions, theatre, live art and other performances’.

It’s not a very ‘opera-friendly’ auditorium: although one might expect
the warehouse to offer helpful reverberation, the high roof sucks up the voices
and the T-shaped configuration and absence of raked seating makes it a
challenge for the singers to project and communicate. But without undue
theatricals the cast, attired in modern evening dress, engaged our attention
throughout, aided by energised and colourful instrumental support from the
players of the Armonico Consort.

Christopher Monks — musical director and founder of the Armonico Consort
— evidently had a clear conception of what he wanted, what was possible given
the constraints, and of how to achieve his aims. He whipped the action along at
a cracking pace — which did sustain dramatic interest but was not always in
the best interests of his singers (the h’s in the ‘Ho, ho, ho’ chorus
were entirely lost) — and moved easily between the various tempi and time
signatures. Monks urged his players and singers to robust, carefree joy in the
chorus, ‘Fear No Danger to Ensue’ — although I’d have liked more
rhythmic bite and spring in the dotted rhythms of ‘To the hills and vales’
to complement the vivacious baroque guitar of Robin Jeffrey — and created a
sense of spaciousness in ‘Thanks to these lonesome vales’ (for Belinda and
Chorus). Monks sought to exaggerate instrumental colours but occasionally this
was less successful, for example in scene II, ‘The Cave’, where the dark,
resonant bass upset the balance which would allow the harmonic dissonances
above to tell.

The cast — the two principal roles were supplemented by members of the
chorus — were unfailingly committed and engaging, if varied in their levels
of vocal accomplishment.

Elin Manahan Thomas, as Belinda, struggled to project: her soprano was
worrying unsupported, the tone was often quite thin, ornaments approximate, and
she sounded anxious (and not just because of her fears for her mistress).
Perhaps this was why Eloise Irving, taking the roles of the Second Woman, the
First Witch and the ‘Spirit’ was assigned some of Belinda’s lines? Irving
has a vibrant tone and presence, but she did tire (the Spirit’s trills were
rather lacklustre) and found it a challenge to find a distinct vocal colour for
each of the three different roles. But, overall, her performance and sustained
focus were admirable.

Countertenor William Towers was a Sorceress of the hooty kind and his
diction was poor; perhaps he was over-compensating in order to project for in
the final chorus, as he faced one section of the audience, I found his singing
much more moving and expressive. Penelope Appleyard (singing from the score)
rose from the chorus to join Irving in duets for the First and Second Witch;
her stringent cackles and snarls may well have been dramatically apt but they
gave little clue as to her vocal capacities.

Robert Davies Aeneas was pleasant of tone but made little vocal or dramatic
impact (this is not entirely his fault given that the role is underdeveloped
— a consequence, perhaps, of the context of the first performance in that the
opera was presented by a girls’ school). But the somewhat woolly melodic
runs, the approximations ‘covered’ by a wide vibrato, and the lack of
yearning lyricism did inhibit the characterisation and the dramatic tension
that might be established between Aeneas and Dido. 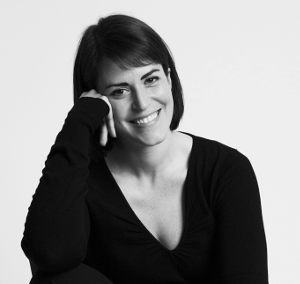 As Dido, Rachael Lloyd was in a class of her own. In her first aria, ‘Ah,
Belinda, I am press’d with torment’, Monk’s precipitous pace made it hard
for Lloyd to convey the depth of Dido’s suffering (the plaintive lament of
the ground bass felt rushed and the extraneous vocal ornamentations sounded
frivolous and superfluous), but Lloyd’s dark, vibrant lower register was
still expressively provocative and theorbo player, Jeffrey, offered a beguiling
accompaniment. Subsequently, Lloyd coloured the arioso most intelligently and
her diction was excellent. She rose to expressive heights in the opera’s
closing stages — ‘But Death, alas, I cannot shun;/ Death must come when he
is gone’ — and the revered lament was controlled and focused, even if the
line and phrasing did not feel entirely settled and the repetitions of
‘Remember me’ did not quite conjure a penetrating insistence.

The Chorus, processed in and exited as a chain of ‘blind’ prisoners,
each connected to his partner by a hand upon the shoulder. The choral tone was
appealing and, singing one voice to a part, they made the movements of the
inner lines clear. There were some surprises too: just as we expected tenor
Matthew Sandy to launch into the First Sailor’s shanty, ‘Come away, fellow
sailors, come away’, we found violinist Miles Golding in full voice, and
following his vocal exhibition with a surprisingly vigorous string rendition
with his baroque bow.

So, this wasn’t an ‘ideal’ Purcellian performance, but it was an
honest and entertaining one. The Underground’s clientele were appreciative,
Monks was eloquent in introducing his endeavour to the audience, and much
pleasure was had by performers and listeners alike. Perhaps next time we’ll
venture into one of those Jubilee Line carriages … 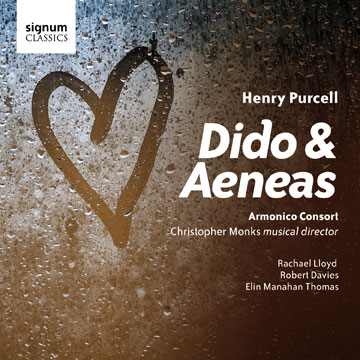