Perhaps I shall find out some day how it all turned out. Very well, I should expect, at least performatively. For, if I did not find that this Siegfried quite attained the heights of the Walk¸re two nights previously, Opera North’s remained an achievement that put a good number
of larger companies to shame.

It helped, of course (to put it mildly!) to have Richard Farnes continue his excellent work, not in the pit, but at the podium. As with the Walk¸re, I found some of the first act a little on the subdued side, the music only really igniting during the final scene, and only truly blazing
with the extraordinary Second Act Prelude, in which the Orchestra of Opera North once again showed that it had nothing to fear from the most exalted of
comparisons. Perhaps that is Farnes’s way, wanting to leave something in reserve. However, in this particular drama, especially when seen and heard without
a full staging, something more immediately arresting would not have been a bad thing. I also felt that the intensity of the third act might have been more
consistently maintained. It was certainly not a case of failing to understand, or indeed to communicate, its contours. However, between the Prelude to the
Third Act – the Prelude to the Ring’s very peripeteia – and a shiver-inducing final duet, there was, at least for my taste, perhaps a little too
much placidity. That said, Farnes’s conducting and the orchestral playing will, I am sure, long be spoken of warmly, both in London and in the earlier
venues of the Opera North tour. 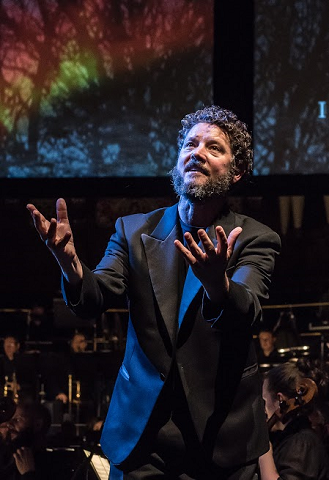 BÈla Perencz’s Wanderer sounded suitably resigned, without that implying any lack of attention to the particularities of words and music. If I have heard
more imposing portrayals, there was a humanity here that most would have warmed to – and I did. Jo Pohlheim’s Alberich was a definite strength of the Rheingold three nights earlier, and so again it was here. Less pitch-black than some, this was a dwarf who very much retained character of his
own. So too did Richard Roberts’s Mime, especially noteworthy for fine acting within the constraints (or should that be liberation?) of a ‘concert
staging’. Mats Almgren proved a properly stentorian Fafner. Lars Cleveman offered laudable staying power in the title role, at least until the earlier
stages of the final scene. (It is quite understandable that he should have been tiring then!) However, his voice was decidedly less than ingratiating;
such, alas, is the way with almost all Siegfrieds. It was nevertheless a committed performance, and that is worth a good deal. Ceri Williams’s Erda was
again somewhat insecure. However, the other two ‘female’ roles were superbly taken, Jeni Bern a veritable breath of fresh air as a lively Woodbird, and
Kelly Cae Hogan fully living up to the promise of her Walk¸re Br¸nnhilde in a blazing performance at the close. Again, if only I knew how it all
turned out …

If only the nuances of verbal meaning had not too often been ironed out in translation. (Sometimes, it was spot on; at other times, overly generalised.
Surely Wagner’s poems deserve near-literal translation in such circumstances, for this was not a singing translation. Fafner’s Proudhonian ‘Ich lieg’ und
besitz’ loses far too much, indeed almost everything, as ‘What’s mine is mine’. Possession, one might say, is if not nine tenths, then at least half, of
the rentier meaning. But such niggles, and ongoing concern-cum-irritation over increasingly screensaverish projections, remained just that,
niggles, in the face of Opera North’s magnificent achievement. More Wagner soon, please!