Following the opening concert, in which the Holst Singers under their conductor Benjamin Nicholas presented Vaughan Williams’ Mass in G minor alongside
works by Parry, Stanford, William Lloyd Webber, Howells and Holst, in the remaining concerts Tilbrook was joined by her long-standing collaborator, tenor
James Gilchrist, and members of Ensemble Elata. Together they explored themes such as ‘Songs of Travel’, ‘The Folk Connection’ and ‘The Spiritual Realm’. I
attended the final two concerts in the series, in which the ‘Shadow of War’ cast its wistful, elegiac darkness over the nave of St John’s.

The first of these recitals paired vocal works by Arthur Bliss and George Butterworth (which Gilchrist and Tilbrook have recorded for Hyperion) with instrumental pieces by John Ireland and Edward Elgar. The items were performed in a seamless sequence, the
prevailing blend of sombre intensity and ecstatic gleam unbroken by applause or distraction. Arthur Bliss’s poignant and little-known Elegiac Sonnet for tenor and string quartet was composed to commemorate the life of the Australian pianist, Noel Mewton-Wood, who committed
suicide in December 1953 at the age of 31. Bliss asked Cecil Day Lewis to provide the text and set the resulting sonnet for tenor, string quartet and
piano. The composer is not immediately associated with the genre of song, and the work proved a challenging one with which to open the recital. Gilchrist’s
tenor is quite light of weight, and at times he struggled to penetrate through and above the accompanying instrumental texture, though he was always able
to communicate the depth and warmth of feeling conjured by Bliss.

Tilbrook’s upwards-sweeping cascades – the ‘pure’ fountain that ‘plays no more’ – and the striving lines of high violin (Tom Norris) and cello (Louisa
Tuck) established a mood of Romantic reverie, and after a somewhat tentative initial vocal phrase Gilchrist shaped the lines vividly, sometimes using quite
a wide vibrato to give his tenor substance and to communicate passion: ‘How well those hands … Figured a brooding or brilliant phrase!’ He was not afraid
to roughen the sound, suggesting anger and irony, but troubling outbursts – ‘the fury and the grace!’ – were sometimes redeemed by richly lyrical
instrumental post-commentaries. When the voice plummeted to convey the inconsolable dark grief – this ‘simple exercise of human loss’ – the rippling piano
and high cello offered a countering spirit of transcendence. Gilchrist’s enunciation of the text is always exemplary and his unaccompanied declamation, ‘He
took his grief away’, reached to the heart of the poetry. He showed his vocal range too, climbing to a floating head voice, ‘and we are less’. The
instrumentalists relished Bliss’s ever-changing textures and colours, particularly in the closing passage, after Gilchrist’s floating melisma, ‘A flower he
never knew – the rose called peace’, had offered hope.

Gilchrist found himself on more natural territory in six songs from Butterworth’s A Shropshire Lad. Here, the gentle beauty of his tenor perfectly
captured the innocent melodicism of the folk-like phrases and the bittersweet nostalgia of Housman’s poetry. He coloured the vowels in ‘Loveliest of Trees’
with wonderful sensitivity, conveying first joy, then sadness, while the narrative clarity of ‘When I was one-and-twenty’ was beguiling. Tilbrook and
Gilchrist were able to balance buoyancy with wistfulness, and the unaccompanied repetition in the final line, ‘And I am two-and-twenty,/ And oh, ’tis true,
’tis true.’, portentously anticipated the vulnerability that the tenor introduced into the tone at the start of the succeeding song, ‘Look not in my eyes’.
There was a compensating relaxation in the latter, though, at the mid-point of the poem, with the shift to the major tonality. 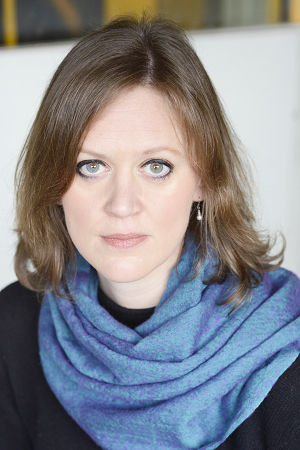 ‘Think no more, lad’ swept gentleness brusquely aside. Gilchrist’s tenor was initially firm and true, and the piano chased the vocal flourishes with
vigour, but the reprise of the first six lines was shadowed by the sentiments of the poet’s last-line comment, ‘’tis only thinking/ Lays lads underground’.
‘The lads in their hundreds’ was probing and culminated with a piano postlude which conveyed the simplicity of truth. Gilchrist created an almost shocking
contrast between the ethereal head-voice employed for the questions which drift from the grave and the direct, prosaic presence of the responses in ‘Is my
team ploughing’. The tempo slowed – with heavy heart, under the weight of realisation – at the close. Gilchrist’s drawing out of the question, ‘And has he
found to sleep in/ A better bed than mind?’ was redolent with a plangent pain that was only enhanced by the pauses on the two syllables of ‘sweetheart’ (‘I
cheer a dead man’s sweetheart’). The fading pianissimo, ‘Never ask me whose …’ was haunting and echoed through the piano’s final plummet
into darkness.

Butterworth’s Housman settings had been preceded by John Ireland’s The Darkened Valley, which Tilbrook played with lucidity. The string players
re-joined her for Elgar’s Piano Quintet of 1919 which closed the programme. An excellent balance was achieved between the strings and piano, and though
there was conflict and intensity the players did not give the impression that they were wrestling with the music’s arguments, rather that they were
divulging and exploring them, allowing Elgar’s private voice, in the immediate aftermath of war, to speak nobly.

There was more Housman in the final concert of the series – Vaughan Williams’ On Wenlock Edge, for tenor, piano and string quartet. But, before
that we had songs by Ireland and Ivor Gurney.

Ireland’s ‘The Soldier’ sets Rupert Brooke’s well-known sonnet, and Gilchrist captured the earnestness and ardency of the text, as the poet-speaker
reflects on ‘some corner of a foreign field/ That is for ever England’. There was a lovely sense of expansion with the image that closes the octet,
‘breathing English air,/ Washed by the rivers, blest by suns of home’, before a magical diminishment into the sestet, ‘And think, this heart, all evil shed
away’. The directness of Gilchrist’s expression was riveting, as – through elegant phrasing and focused tone – he conveyed the spiritual consolations
offered by the image of ‘hearts at peace, under an English heaven’. ‘Blow out, you bugles’ marched ebulliently until a harmonic shift at the line
‘Holiness, lacked so long, and Love, and Pain’ signalled a retreat. Gilchrist’s delivery assumed an almost biblical intonation in the closing lines,
underpinned by the even rhythm of the piano’s low, tolling chords: ‘And Nobleness walks in our ways again;/ And we have come into our heritage.’

‘Spring Sorrow’ completed the trio of songs by Ireland, evoking a measured calm which was sustained in the first of the Gurney settings, ‘Severn Meadows’,
whose piano postlude drifted into trance-like reminiscence: ‘Do not forget me quite,/ O Severn meadows.’ Gilchrist’s innate appreciation of the lyricism of
the text, and his ability to draw this forth through finely wrought phrasing, was greatly evident in both ‘Lights Out’ and, especially, ‘Sleep’. In the
latter the evenness of tone across the registers created a steadily increasing gravity of feeling which was complemented by an enrichening of pertinent
textual details. ‘In Flanders’ was a striking reminder of Gurney’s own war experiences and subsequent breakdown. The text was written by Frederick William
Harvey (1888-1957), a close friend of Gurney who, like the composer, and served in Flanders and France. A pause at the end of the opening line, ‘I’m
homesick for my hills again -’ ached heavily, and the repetition of this line at the close of the song acquired an extraordinary rhetorical power,
‘Cotsworld or Malvern, sun or rain!/ My hills again!’, the piano’s exuberant flowering subsiding ambiguously to the dominant degree. The low vocal line and
quiet tread of the piano brought a reverential air to ‘By a Bier-side’ but this song, too, blossomed with heartfelt anguish, then came to rest with a
surpassing acceptance. After the delicacy of Gilchrist’s announcement that ‘Death drives the lovely soul to wander under the sky’, the power of his
proclamation, ‘It is most grand to die’, was both disturbing and uplifting.

Two instrumental items separated the song groups. Elgar composed Sospiri (Sighs) in 1914 and dedicated it to the young violinist William Henry
Reed, who was leader of the London Symphony Orchestra and who performed in three of Elgar’s late chamber works: the Violin Sonata, String Quartet and Piano
Quintet. Here, cellist Louisa Tuck communicated the beautiful simplicity and plaintive darkness of the melody in a performance of drama and intensity.
Violinist Ellie Fagg performed The Lark Ascending with soaring freedom and crystalline tone.

Vaughan Williams’ On Wenlock Edge (1909) brought the six-concert series to a close, as the performers came together to reveal the work’s emotional
range and depth, with Gilchrist’s characteristic directness making a thought-provoking contrast to the more sophisticated, French-influenced instrumental
textures and techniques.

The shimmering string tremolo with which ‘On Wenlock Edge’ commences evoked the cold windiness of the wood which is ‘in trouble’. Gilchrist was attentive
to the word-painting, imbuing these two words with the merest of tremors, but also to the overall meaning, colouring the chromatic line to depict the
danger and disquiet of the ‘woods in riot’. The next song, ‘From afar, from eve and morning’, was characterised by long-breathed vocal phrasing, as subtly
enhanced declamation fused with lyricism. The syncopated upper three strings evoked a strange serenity at the start of ‘Is my team ploughing’, which was
then violently shattered by the piano’s explosive intrusion, ‘the horses trample,/ The harness jingles now’. In the latter stages of this song a terrifying
urgency ensued, driven by the piano’s insistent dissonances, and the sharp rhythms of the strings in the postlude seemed almost accusatory, before they
faded into a restless niente. ‘Bredon Hill’ possessed an air of spontaneity at the start, as if the voice were searching for the melody, as the
still string chords gradually grew in definition and energy. Vaughan Williams’ onomatopoeic effects were exploited to the full: the pealing bells clanged
brightly, before being subsumed into a more funeral tolling. Gilchrist’s enunciation of the text was gloriously expressive in this song. ‘Clun’ brought the
journey to an end: ‘’Tis a long way further than Knighton,/ A quieter place than Clun,/ Where doomsday may thunder and lighten/ And little ’twill matter to
one.’

This was a stirring performance by all involved, the expressive drama underpinned by a quintessential Englishness.

The Shadow of War Part 2:
Ireland: ‘The Soldier’, ‘Blow out, you Bugles’, ‘Spring Sorrow’; Elgar: Sospiri Op.70; Gurney: ‘Severn Meadows’, ‘Lights Out’, ‘Sleep’, ‘In
Flanders’, ‘By a Bierside’; Vaughan Williams: The Lark Ascending, On Wenlock Edge.