Having seen La grotta di Trofonio – at Bampton Deanery in July and St
John’s Smith Square in the autumn – I concluded that ‘this trip to Trofonio’s Grotto unearthed some real magic’.

Bampton first explored Salieri’s operatic oeuvre in 2003; their production of Falstaff – also the first performance of the opera in the UK – was
described by Opera magazine as ‘Thirty-one scenes of sheer joy’. So, the news that the company will return to the composer’s archive for their
2017 summer production, The School of Jealousy (La scuola de’ gelosi) – the first UK performances since the late 18th century
– certainly whets the appetite. The production will be designed and directed by Jeremy Gray and conducted by Anthony Kraus, Assistant Head of Music at
Opera North. The English translation will be by Gilly French.

Salieri was Imperial Court Composer and Kapellmeister in Vienna for so many years that Beethoven referred to him as the Pope of Music. Haydn staged and
conducted several of Salieri’s operas at the Esterhazy court theatre including La scuola de Gelosi in 1780-81; the opera was perhaps Salieri’s
greatest success. 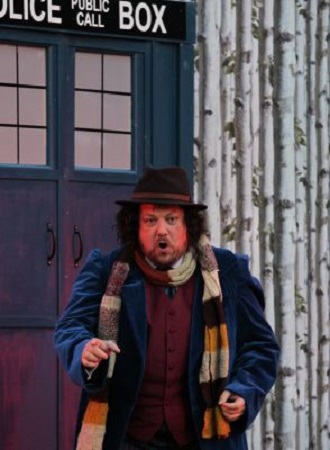 Setting a sharply cynical libretto by Caterino Mazzol‡, this opera buffa was written in Venice and first performed at the Teatro San MoisË in
1778. Later revised by the composer and with some textual adjustments by Lorenzo da Ponte, the opera made an enormous impact at the Burgtheater in Vienna
in 1783.

The great success in Vienna of La scuola de’ gelosi almost certainly inspired Da Ponte and Mozart to create La scuola degli amanti which
eventually became known by its alternative title CosÏ fan tutte and there are many narrative parallels between the two. In both fidelity and
honesty are tested by means of dangerous games and deceits, and the manipulative Lieutenant in Gelosi is a counterpart to Don Alfonso.

La scuola de’ gelosi
was performed widely across Europe – from London to St Petersburg – for several decades, and was praised warmly by Goethe. The work was selected to
inaugurate the Emperor Joseph II’s new Italian opera troupe in Vienna in 1783, with an outstanding cast including Nancy Storace (later one of Mozart’s
favourite sopranos and the first Susanna) as the Countess, and Francesco Benucci (later Figaro and Guglielmo) as Blasio. It was the first of Salieri’s
works to be performed in London, in 1786: The Herald judged, ‘it is the first lyric drama that may be termed strictly good, whether we advert to
the poem itself, the music, or the performance’ and the Morning Post called it a ‘masterly composition’ that ‘does great honour to Salieri, whose
reputation as a composer must rise infinitely in the musical world, from this very pleasing specimen of his abilities’. For the performances in 1780 at the
court theatre at Esterh·za, Haydn composed two insertion arias.

La scuola de’ gelosi
is enjoying a current revival across Europe, including performances in 2017 in Florence and Vienna. L’arte del mondo have recently released a
recording for Deutsche Harmonia Mundi Deutsche Harmonia Mundi. Bampton has also
selected the work to mark the bicentenary of the death of Nancy Storace in 1817.

2017 will also see the third Bampton Young Singers’ Competition which takes place in the autumn.

The School of Jealousy
will be performed at:

Further details of Bampton Classical Opera’s production, including casting, will be announced in due course: